Danish Mission Council Development Department (DMCDD) is an umbrella organisation for Danish churches and church based organisations partnering with other churches and NGO's in developing countries.
DMCDD offers advisory, consultative, counselling and administrative services to their members and partners.

DMCDD is an independent legal and administrative entity with its own Board, Constitution and General Assembly. Church organisations, which are not members of the Danish Mission Council, may become members of DMCDD on application. DMCDD member organisations have partners in about 40 countries, especially in Africa and Asia, as well as in Latin America and Central Asia.

DMCDD's overall objective is to improve the general living conditions of the least-favoured social groups in the developing countries in which DMCDD's member organisations work.

Armenien
Amplifying the Voices of Persons with Disabilities in Armenian Development Agenda. 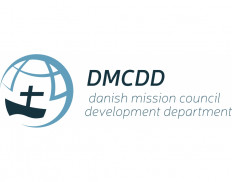