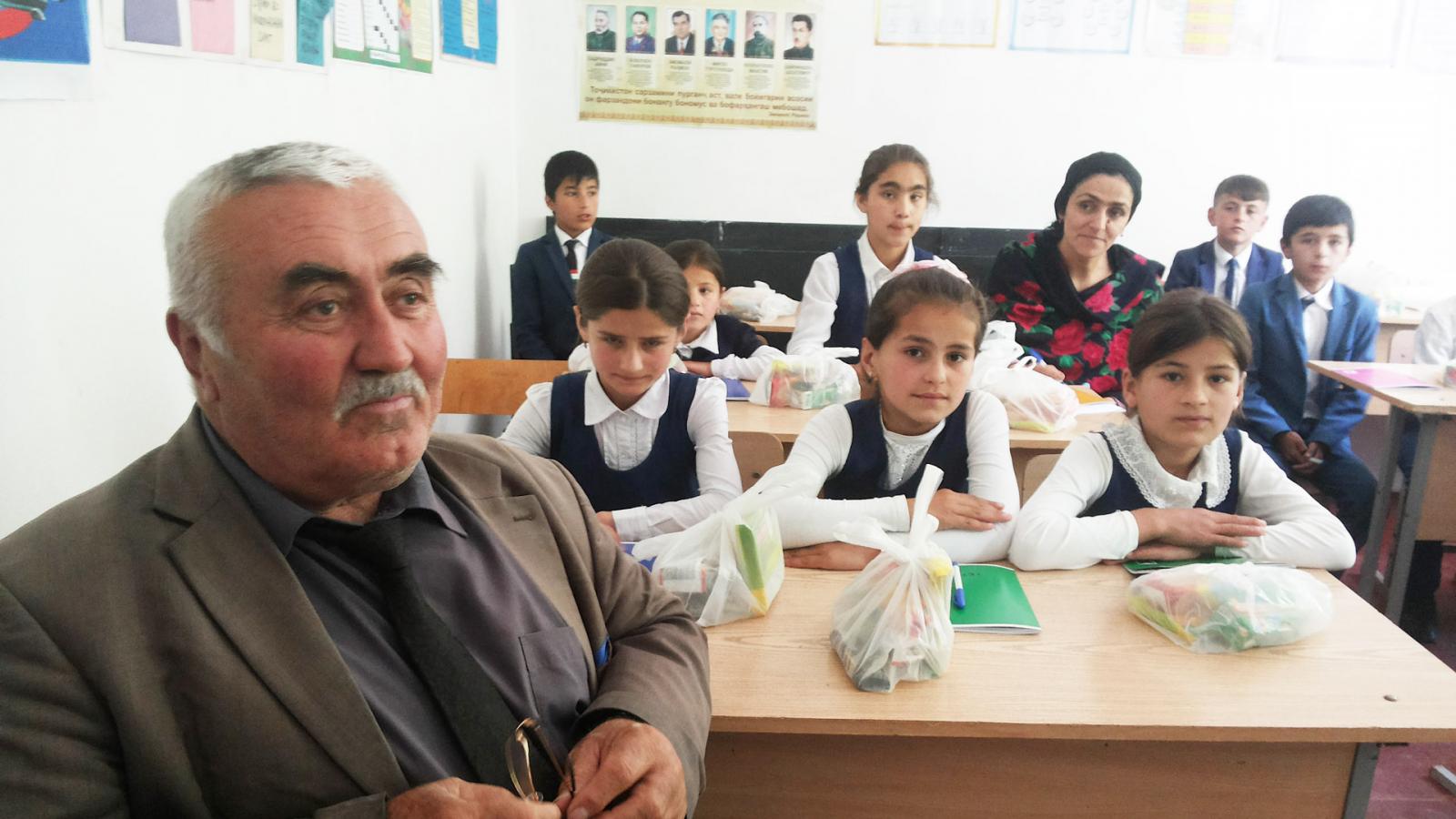 Mission East has repaired and modernized seven schools on the border between Afghanistan and Tajikistan. Now, children can get to school safely and receive instruction in heated classrooms, while their parents save money on shoes that were otherwise worn out by long walks to get to school.

Going to school in Tajikistan is not always "a walk in the park". Quite literally. Not at all for students in 5th to 9th grade in the village of Shirgovad, who had to walk 12 kilometers every day to get to school - a dangerous walk with fear of landslides, avalanches and from wild animals.

In 2017, the villagers joined forces to build a school in the village. But the funds were small, so the result was a poorly insulated school, where damp and cold made the floors rot. In addition to the students being constantly freezing cold, they also often became ill and coughed due to the poor indoor climate.

It was here that Mission East stepped in as part of a larger project to repair and rebuild schools on the border between Tajikistan and Afghanistan. Floors and walls were repaired and the whole school has been insulated. This means that children can now study safely and warmly.

The children's shoes were worn out

“Every season, each family had to buy several pairs of shoes per student because they were so worn from the daily walk to the neighboring town. There were families who had to borrow shoes for their children from their neighbor, as they did not have enough money to buy new ones themselves,” remembers Mr Pirmahmad, who is the school director.

The story of Shirgovad is far from unique. As the poorest country among the former Soviet states, similar schools can be found in many of the small remote villages on the border between Tajikistan and Afghanistan. The mountain areas are often exposed to mudslides, earthquakes and avalanches, and they are very difficult to access.

Seven schools have been repaired

Since the start of the project in November 2017, Mission East has made seven schools suitable for teaching and learning. The problems in each village were very different, but common to them all was that all the schools needed a thorough renovation.

Most schools have been insulated as cold and humidity have been recurring issues.

Rukhshona, a 4th grade girl, welcomes the fact that she and her classmates can now study in a warm classroom:

“Before, our school was not nice and it was in a very bad condition. We are now studying in a clean, bright and warm classroom. Thanks to Mission East for making our school so good, ”says Rukhshona from Shirgovad.

Only in one place did it not make sense to repair the old building, as it was both unsuitable and directly dangerous for the children to be educated in. However, the local funds were not sufficient and the locals asked Mission East for help.

In addition to being poorly insulated, the old school building was both dilapidated and not originally built to withstand earthquakes. Earthquakes occur frequently in Tajikistan. Last year alone, more than 200 earthquakes were recorded.