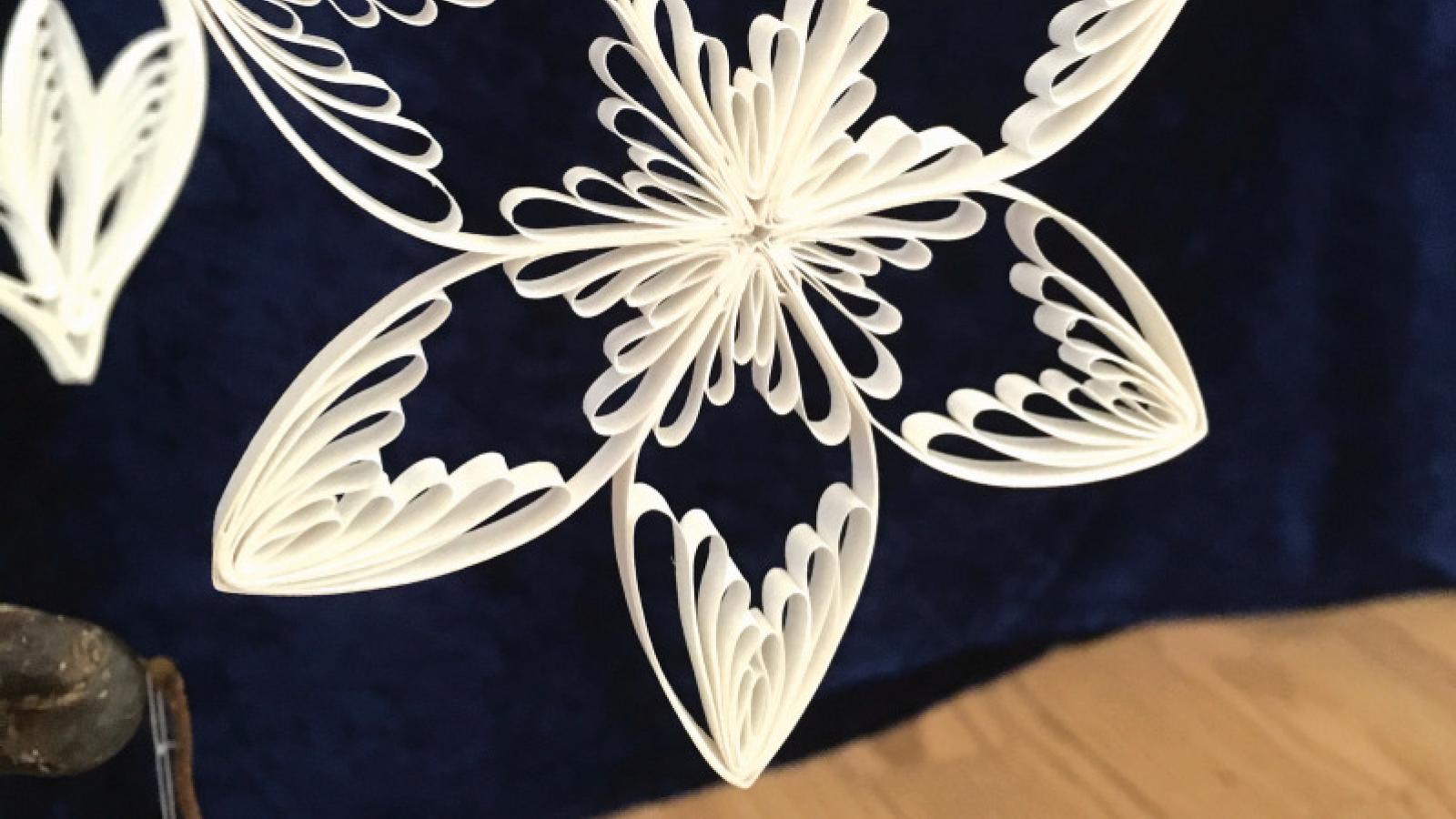 Annelise Würtz spends her winters creating beautiful and refined figures out of paper strips. She donates part of the profit to Mission East’s work among malnourished families in North Korea.

”I have always been impressed by Mission East’s work,” Annelise Würtz says when asked why she chose to support Mission East’s work, when she back in 2016 with great enthusiasm began creating and selling paper strip figures – the so-called quilling figures.

”You take care of some important problems – for example how you have made people with disabilities in Tajikistan visible and taken care of children at orphanages in North Korea. In general, not many are working in the East, and here Mission East is a breath of fresh air,” she says.

About her passion for creating the refined figures of paper strips, she says:

”It began in July 2016 when I was at a Y’s Men’s annual meeting in Sønderborg. There was a stand selling quilling figures. I got enthralled and hurried to the paper museum in Gråsten, where you can buy a beginner’s kit. I got captivated and I probably have for hundreds of Euros worth to sell,” she says.

”You can make them in all sorts of different colours, but I think the white ones are so elegant, so I stick to them,” she says.

Quilling is a paper technique where the strips are rolled, formed and glued together in decorative designs. The technique is old. In the renaissance, nuns and monks began making delicate quilling decorations of paper strips trimmed from handmade books.