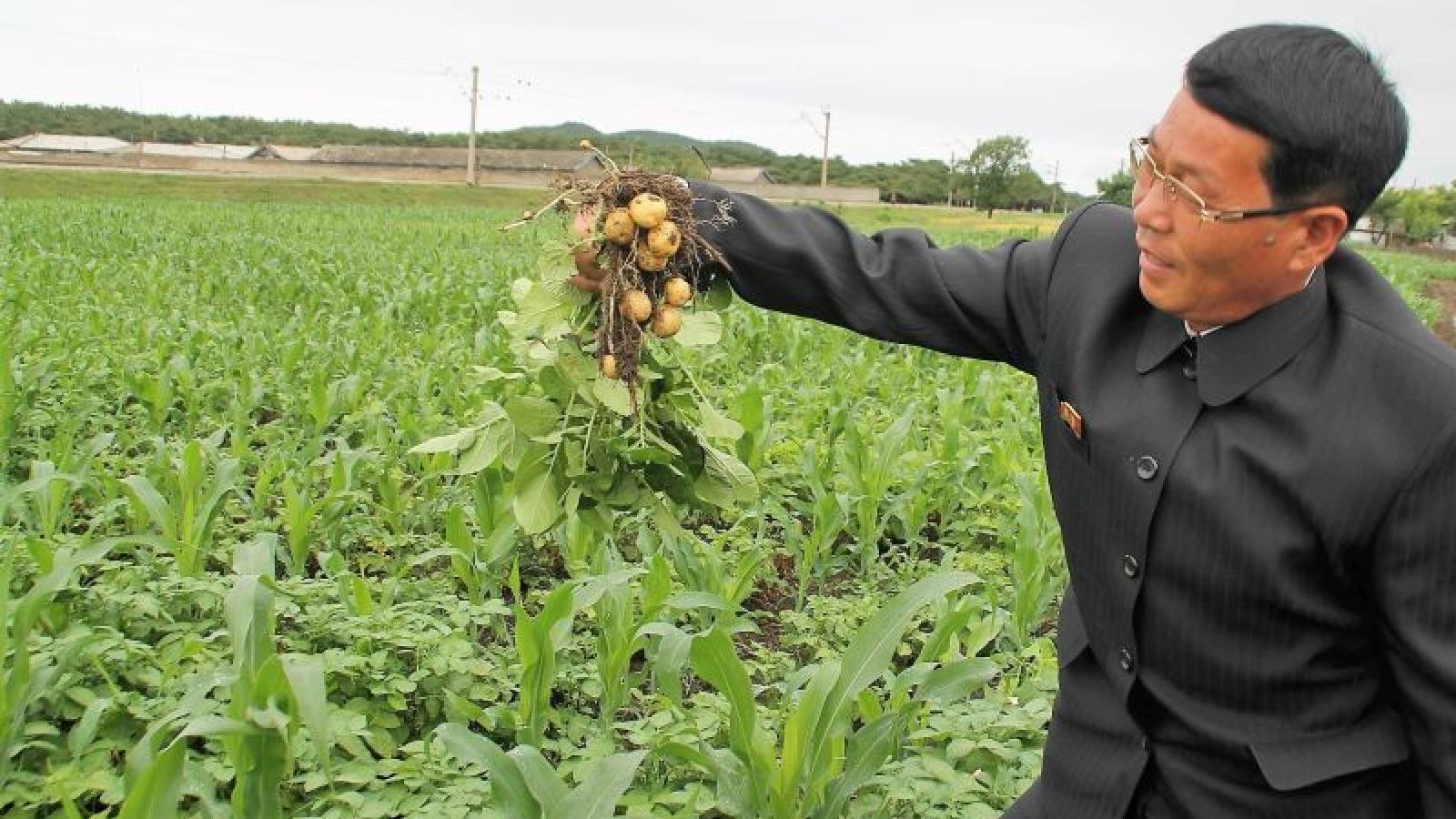 The potato: A nexus agent in the service of resilience

In development work, the potato is perhaps a bad sell when one humanitarian crisis after another calls for the world's attention and support. But in North Korea, the little yellow-gray screech is bursting with transformative power: it paves the way for less dependence on humanitarian aid.

In Denmark, it has gradually become fashionable to say that you do not eat potatoes. More and more Danes are choosing to exclude the potato from their diet because of its high starch content, which is said to make it harder to keep "the slim line".

However, in North Korea, where Mission East has been present since 2011, the potato is a vital tool in the fight against the recurring periods of food insecurity, which has continuously created the need for urgent help to meet the most basic calorie needs.

As a result, the potato is one of the most important nexus tools that, in the long run, can reduce the need for urgent food aid and strengthen the foundation for a sustainable and stable supply of food to the country's needy population.

Link between relief and development

In other words, the potato is the very link between the emergency humanitarian aid and the long-term development that allows the North Koreans to meet their own food needs in the long run.

This is all the more urgent in a country like North Korea, which rarely ranks at the top of the recipient list when the crisis strikes - it often does.

Mission East is currently the only Danish organization that provides assistance to the people of North Korea, and therefore it is vital to supplement our existing relief programs, with targeted efforts that reduce dependency on emergency assistance.

The potato can fill the "hunger gap"

Mission East has thus chosen to take over a potato project that the Finnish NGO Fida started in North Korea in 2013. When the potato is an effective "nexus agent", it is because potatoes have a wide range of nutritional and production benefits compared to other crops.

Thus, Mission East Program Manager in North Korea, Sakari Koivula, says: “When it is crucial to support potato production, it is because potatoes are a crop that reduces the vulnerability to food shortages because it matures faster than, say, wheat and corn. In this way, the potato is capable of sustaining the worst hunger during periods when other crops would not yet yield any benefit. ” 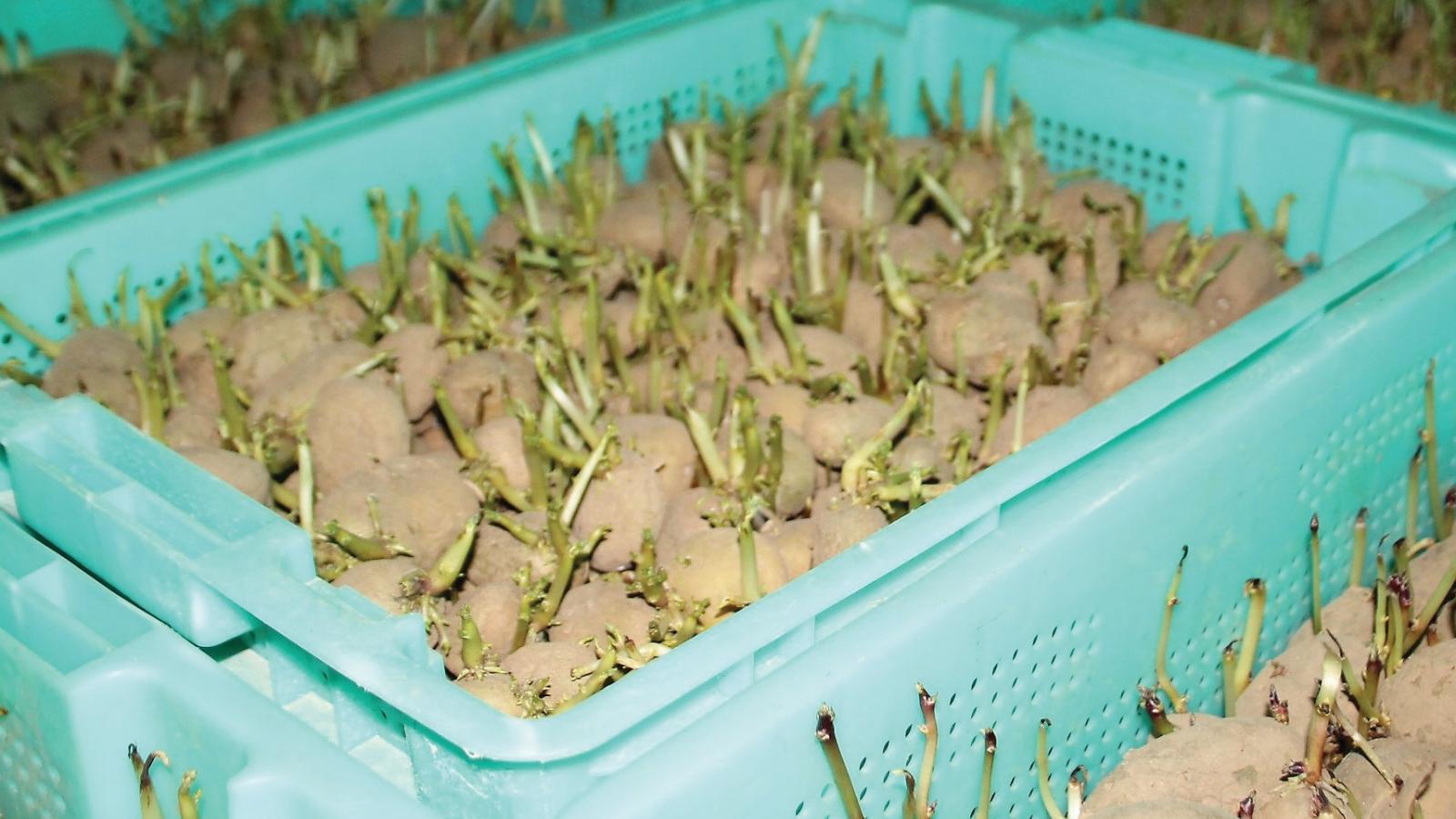 Compared to other crops, the potato is also far more resistant to the droughts that, due to climate change, regularly hit North Korea, as well as it is less water-intensive - says Sakari.

Finally, the advantage of the potato is that it provides more food on the table: “With the right use of modern cultivation methods and virus-free varieties, the potato yield per hectare can actually double. That is what the numbers show when we look at the results for the project. ”

And then there is just that thing about the potato that makes many weight-conscious Danes wrinkle on the nose, namely the exceptionally high starch content, which gives the potato an advantage in a country like North Korea: Here, every calorie counts. The more nourishment and the more sultry on the fatigued bodies the better.

The unsexy stuff is often the most efficient

Felicitas Flörchinger, the new Head of Mission East in Germany, is a former agricultural adviser and has been living in North Korea for two years. She says: "The lack of facilities for storing potatoes in North Korea means that large parts of the yield are either eaten up by insects or rot due to poor air circulation."

The project that Mission East is now taking over and continuing is helping farmers to build storage facilities that reduce potato waste to near zero.

In addition, Mission East supplies fertilizers, plastic covers, advice and transport equipment to the hard-pressed potato farmers. So far, this overall effort has resulted in a six-fold increase in potato production at the five farms covered by the project - to the great enthusiasm of local authorities, whose favors are crucial to continuing relief efforts in North Korea.

Nexus is not replacing humanitarian efforts yet

That said, it is crucial to emphasize that the nexus-oriented relief work does not replace humanitarian relief efforts in North Korea.

Where support for potato production strengthens the local food supply by its own power, thus reducing the acute need for humanitarian food supplies over a number of years, the World Food Program and the United Nations Food and Agriculture Organization estimate that approx. 40 percent of North Korea's population is currently suffering from acute food shortages.

Mission East therefore continues to distribute emergency rations to nursery and kindergarten children as well as to pregnant and breastfeeding women in North Korea's Kangwon Province.

According to the UNDP, an average of seven dollars is saved on disaster response for every one dollar spent on making populations more resistant to disasters. Nexus projects thus optimize the use of our resources.