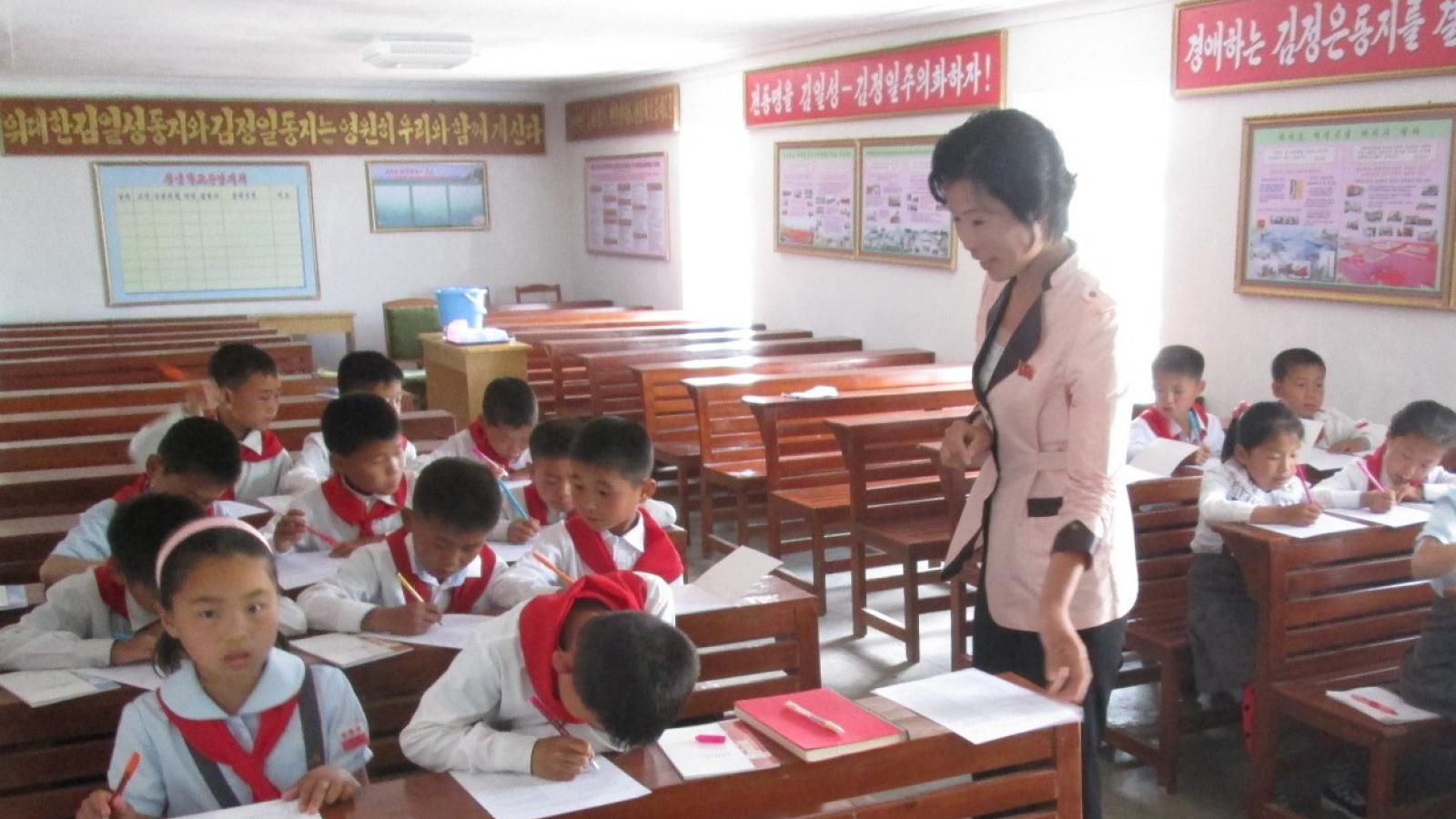 Mission East is helping North Korean families protect themselves against contagious diseases and produce more food – for the benefit of themselves and their environment.

The inhabitants of Taegok Ri village in the southeastern part of North Korea do not have enough food. That is why they cultivate as much land as they can – in the valley as well as on the surrounding hill slopes. However, their way of farming may have disastrous consequences.

To farm their land, they have to cut down trees that protect the soil and prevent mud slides during heavy rain. The lack of trees leads to recurring natural disasters. Furthermore, the soil is depleted when the top layer with the most nutrients is washed away. The yield grows smaller every year.

Therefore, Mission East is helping the inhabitants plant new trees. They are provided with seeds and plastic sheets to grow trees in local nurseries. Later, the trees are replanted on the hill slopes. They prevent mud slides, protect the soil and ensure higher yields.

Another problem that the inhabitants of Taegok Ri have had to deal with is the lack of clean water. They used to collect their water from streams and wells that they had dug themselves. It was a time- consuming task, and the water was often contaminated and caused diarrhea that affected the health of their children.

Mission East has given 400 families access to clean drinking water and built 16 new latrines for the local school where the children have also been taught about proper hygiene. This is a pilot project, financed by a Danish foundation. The hope is that this is just the beginning of a major effort.

“The population of North Korea is facing huge challenges from natural disasters that deplete food supplies and ruin water systems. The assistance from us and our supporters is essential for these people as it enables them to live without malnutrition and diseases,” says Kim Hartzner, managing director of Mission East.

Mission East has previously provided North Korean orphanages with protein powder and toys and rebuilt water systems after floods in 2012 and 2016.