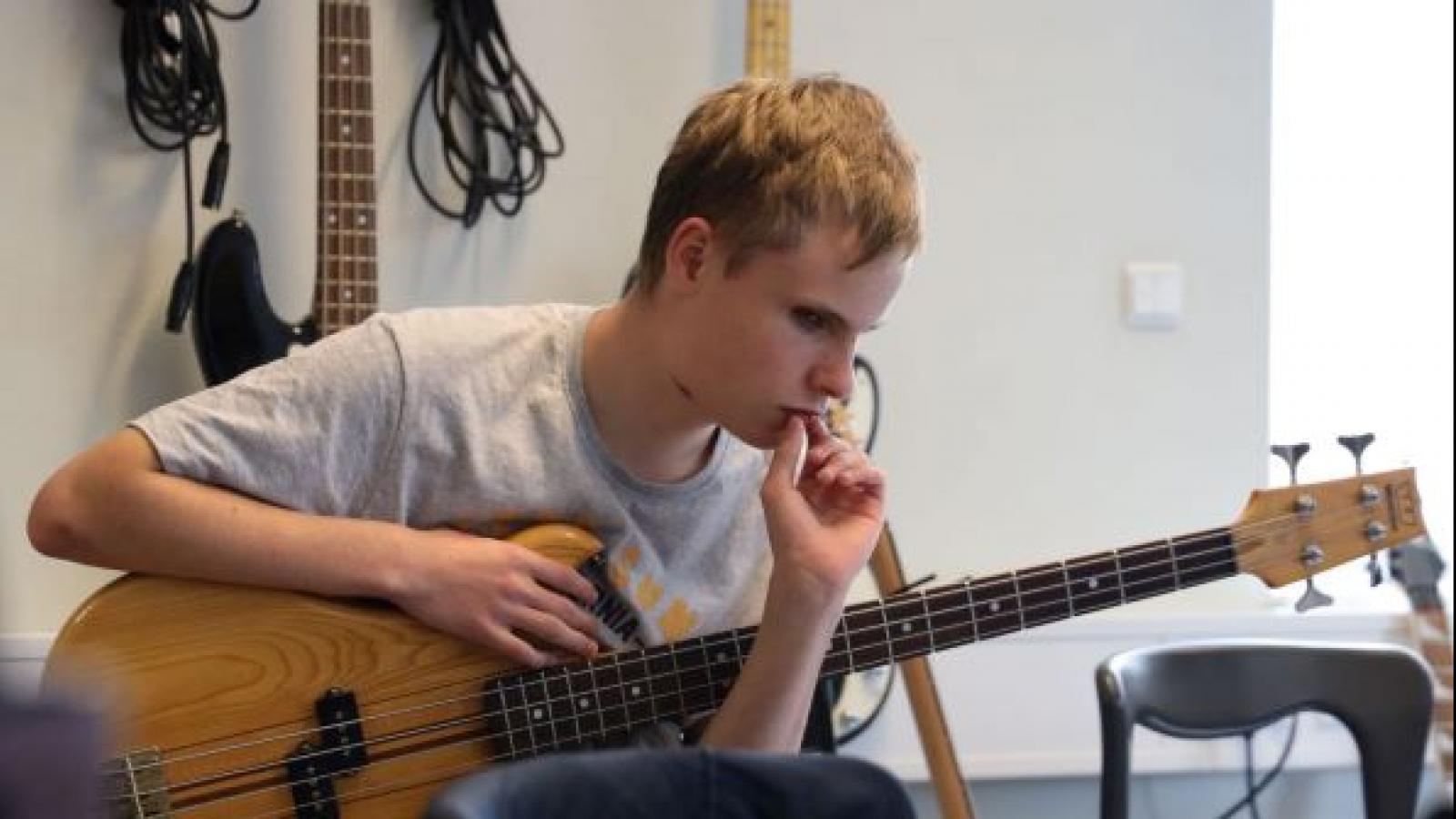 Mathias lives in Kirke Hyllinge in Central Zealand with his mother, father and little brother. He has been blind ever since he was almost newborn. Still, he feels like a seeing blind, as he calls it, since he doesn't feel restricted by his visual impairment - something he and his parents have worked on throughout his life:

“There are some things for which I always need help. But I want to make sure there are as many things as I can do myself. My parents and I have done this too. I just want to be as independent and self-reliant as possible. "

Treating me as if I were glass

Mathias has just started in the 10th grade center in Roskilde. And it takes some effort to adapt  to a new place, with new surroundings, teachers, support teachers and new friends:

“Many people have treated me a bit like glass. They either did not dare to ask about my visual impairment as they do not know how to ask me. Some people do not quite know how to tackle it. But the ones in my class are pretty good at telling me who they are. It is probably very natural that the "seeing people" do not know how to behave when they meet me. But I don't think about it anymore, because I've experienced it so many times before. When we get to know each other a little better, they approach me and ask themselves. And then they can see that I'm just blind, but otherwise perfectly normal. After all, I have to get to know them too, because it takes two to a tango, ”Mathias says, adding:

“I have mainly visually impaired friends, but also some who are not. I don't really know why, because I've always tried to surround myself with the seeing people. I think if I get to know a seeing person well, the person will know that I am normal. I also have to learn how things work in your world of vision. So, we are all human beings after all. ”

When Mathias is free from school, he plays, among other things, FIFA on its PlayStation. He has learned to play despite not seeing the players:

“When I play Fifa, I pay close attention to how the audience reacts, and to the commentator, because they mention the name of the one I play. But it is really difficult and really requires a lot of concentration. Try to close your eyes and play a Fifa match so you can see how hard it is. ”

In real life, Mathias plays Goalball, which is the only team sport for the visually impaired. Although he is on the national team, it is still the social aspect of the game that appeals to him:

“I'm with others with visual impairments who feel just like me. And this is also where I have many good friends. "

He also plays bass and take lessons from a bass teacher who is also blind. It is about much more than just music lessons:

“My bass teacher is blind and so is his wife. We play a little bass. But he also helps me with ordinary things - for example, how to fry meatballs or pancakes. It is a huge help to me that he has tried it all before, and can pass on his experience, which neither my parents nor other seeing persons can explain. He can help me with all sorts of things. "

What does the fututre hold ?

Mathias sees his visual disability as a condition, but not as a limitation of what he would like to achieve in his life.

“I want to be a sports journalist, because I love sports. I want to do interviews with athletes, "he explains, and concludes:

"You have to live your life. One should not see challenges but opportunities. And then you have to make sure you get the best out of it. " 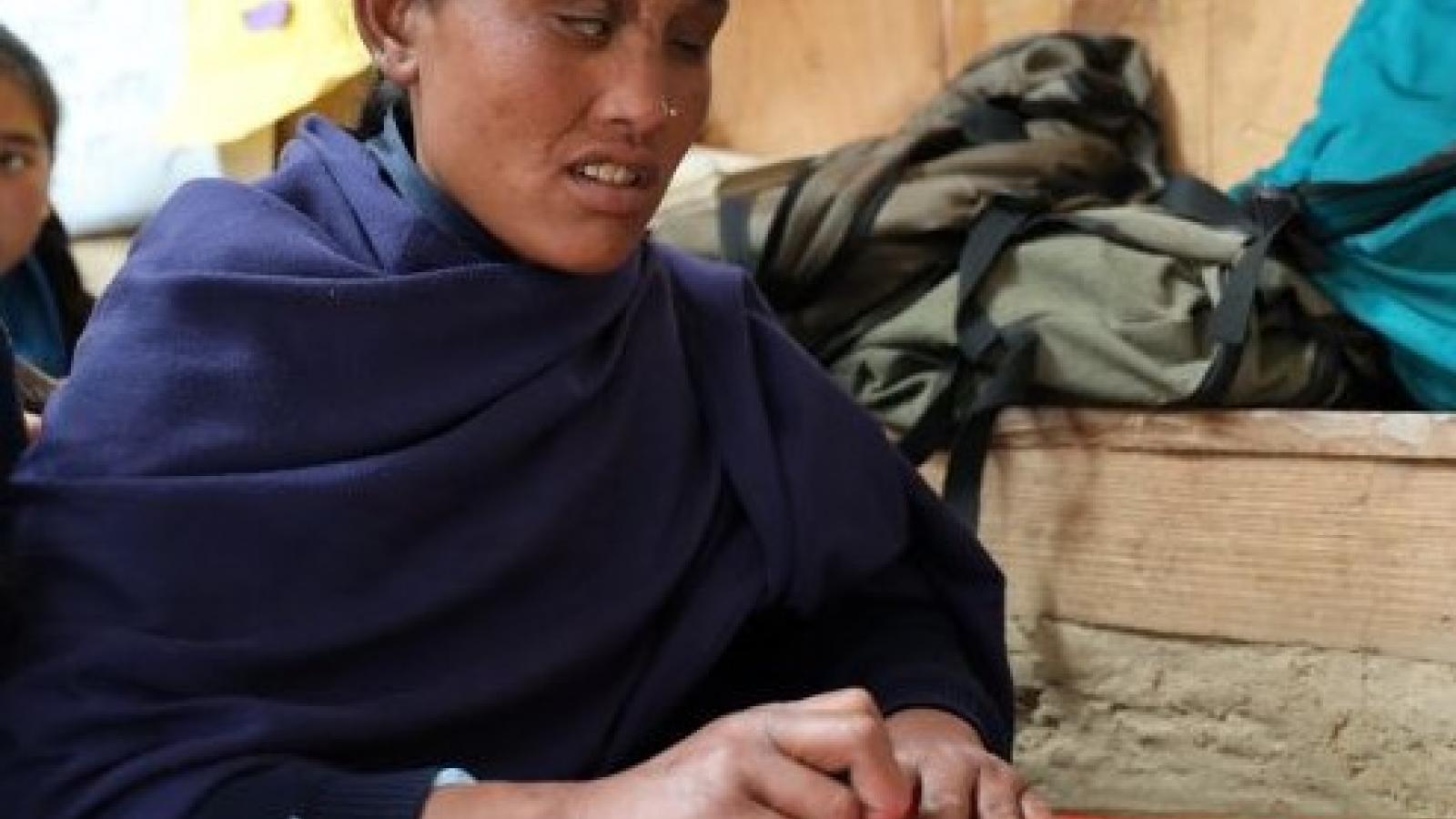 Mission East has just premiered with the short film 'Overcoming - just because you can't see doesn't mean you are fumbling in the dark'. The film looks into a visually invisible world of two visually impaired young people - Mathias from Kirke Hyllinge and Gohogora from Thehe in Nepal. They live in two very different worlds, with different challenges. But common to them is that they both see their visual impairment as a condition of life - not a limitation.

Gohugora is the second protagonist of the film. She is 18 years old, visually impaired and lives 6500 km east of Mathias in the northeastern corner of Nepal, where she attends HEAD, a school for children and young people with visual and physical disabilities with whom Mission East works.

At HEAD, Gahugora gets the tools to handle a day of laundry, cooking, homework, and whatever else is needed to cope with visual impairment. Along with the other children from HEAD, she attends the local school, which is a regular school teaching reading, writing and accounting.

She was beaten because of her blindness

In Nepal's outermost regions, people with a disability, like Gohugora, are often viewed as a burden. Gohugora experienced this as a child already when she started school. On her first day of school as an eight-year-old, the teacher told her that if she can't see, she can't learn. She was discriminated against and beaten by the teacher and it took all the motivation out of Gohugora, she says. As there is no system for picking up students after such treatment, Gohugora stopped school - unmotivated and with a feeling of uselessness due to her disability.

Tending cattle in stead of going to school

Instead of going to school, Gohugora had to help at home. She had to go into the forest and collect firewood and care for the cattle, which she had to take out to graze in the mountains. Being blind is a big challenge as she can only hear the cattle and navigate their bells. But also because the terrain is challenging, as the trails are slippery and rocky.

16 years old and new at school

Gohugora worked at home for six years when she did not attend school. One day, a representative from the school HEAD came to her village Thehe. The representative screens the villages for children and young people with disabilities who do not get schooling. The families are offered the opportunity for their children to move to Simikot where they can live and gain skills and tools to cope with the disability in Nepalese society. At the same time, they can go to school and get an education at the local school in Simikot. Gahugora got that opportunity as a 16-year-old.

Dream to help other people with visual impairment

Gohugora has been living at HEAD for two years, and every day brings useful skills in how to go about practical everyday tasks. She is taught reading, writing and calculating at the local school.

She spends her spare time with friends and singing, because she also loves music and song, as a way of expressing herself. She has performed at the school several times for her schoolmates with the local singing tradition called Deudra.

The skills acquisition, singing and friends at HEAD have given Gohugora new dreams. She wants to help others who are blind, and help them get an education like herself, so that children and young people do not feel limited by their disabilities, but feel confident they can manage their lives.

Watch the film and book a talk

Watch a visually translated verseion of the film  www.missioneast.org/overcoming

Book a talk with a film screening for your school, club or church at Mission East. 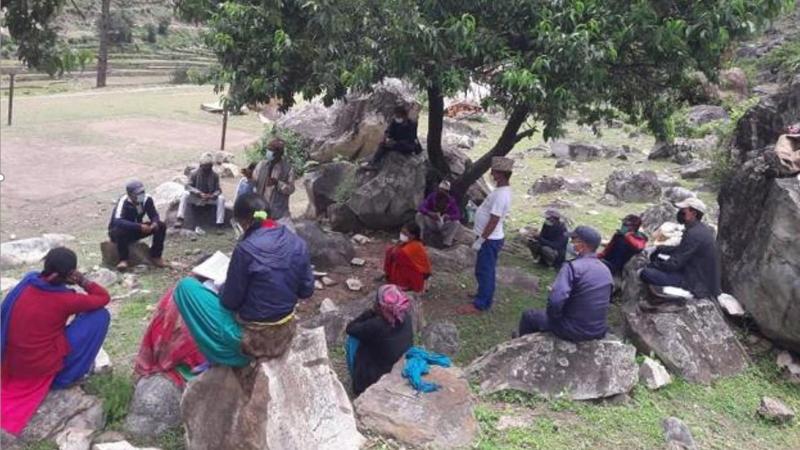 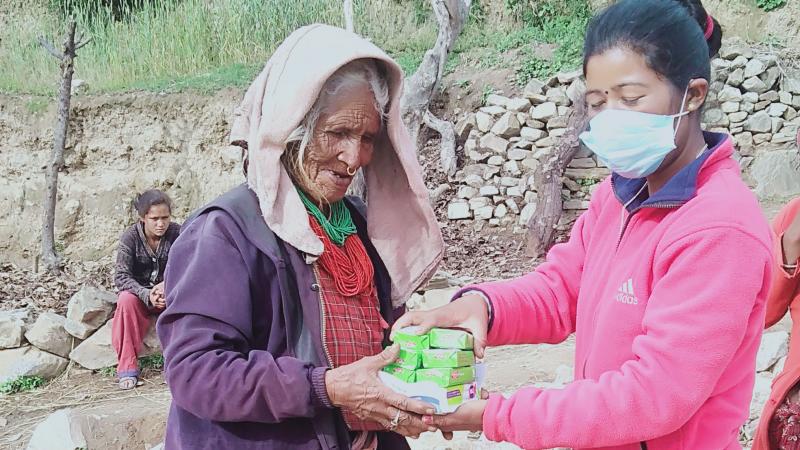 27 May 2021
Corona pandemic forces Nepal to its knees. The country needs help now 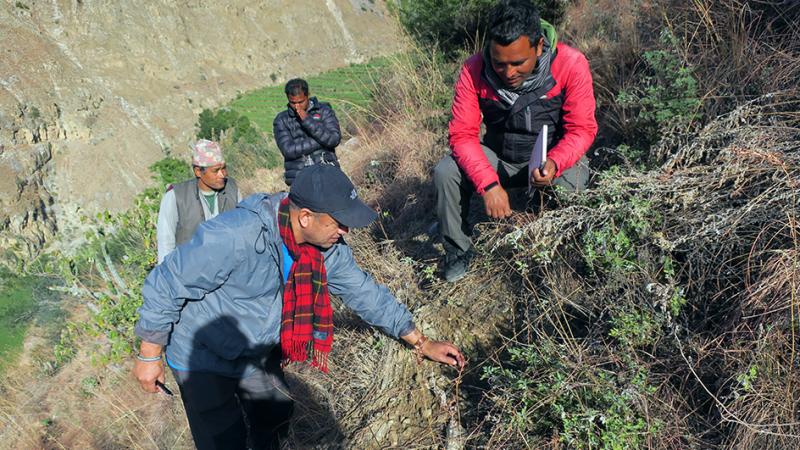 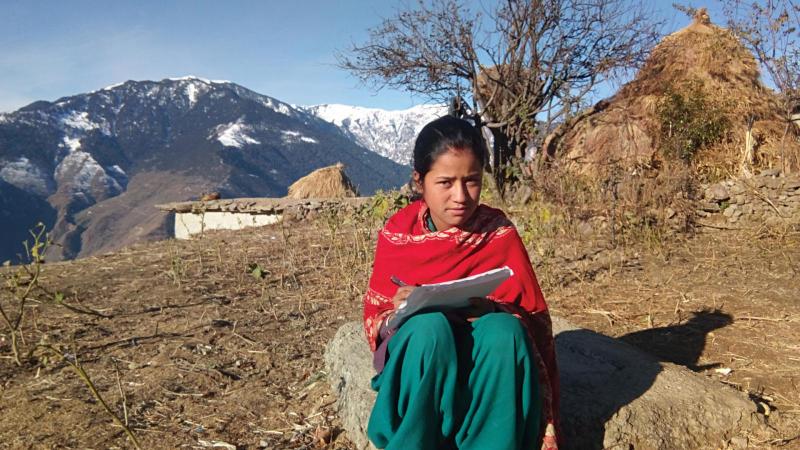