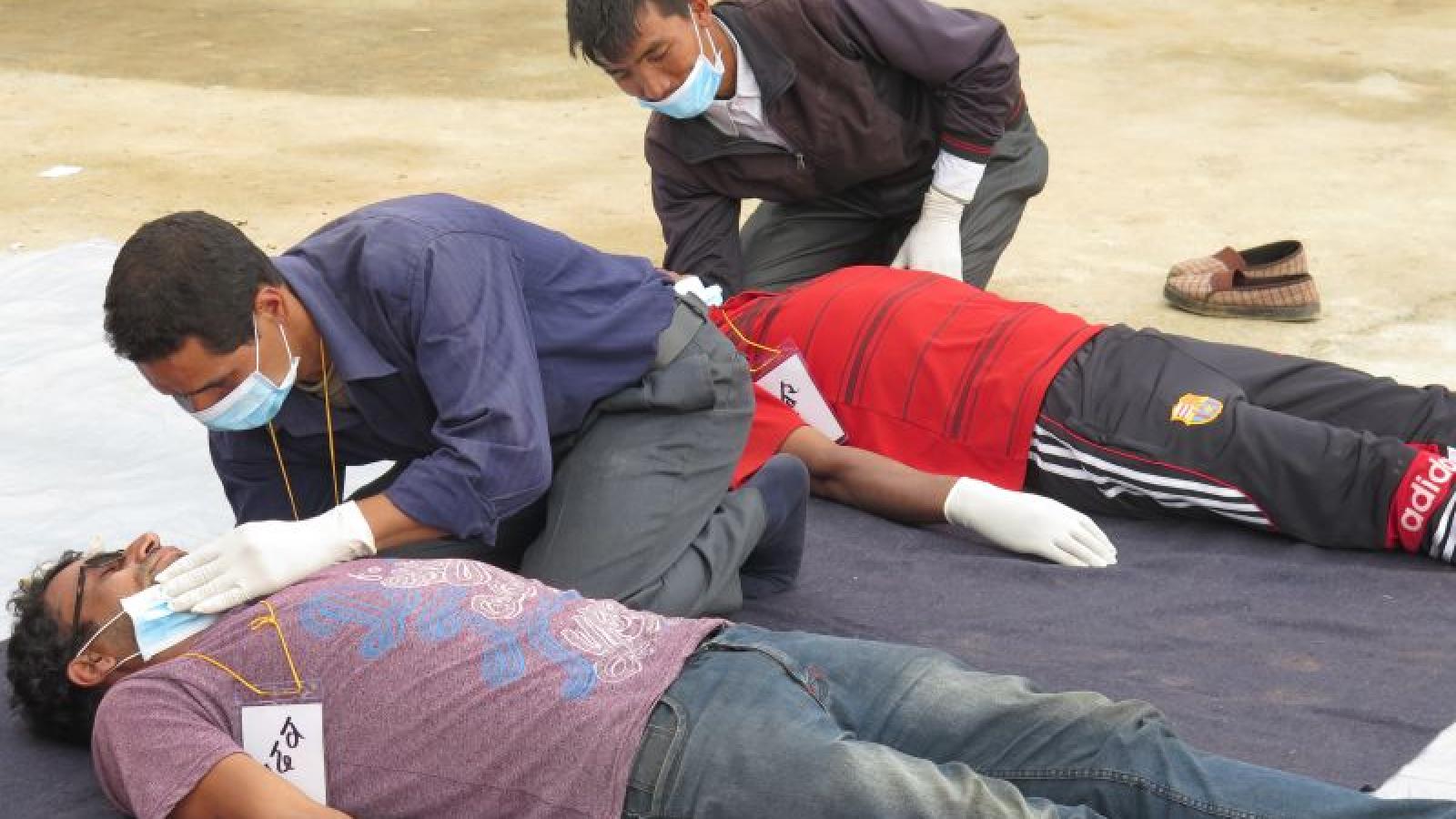 Nepalese learn how to handle the whims of nature

Mission East aims to enable people in remote communities to respond quickly and effectively when the next disaster strikes.

Just over two years ago, Nepal was devastated by two major earthquakes hitting within weeks of each other and causing massive destruction. Almost 9,000 people were killed and 20,000 more were injured.

Mission East and its partners responded with life-saving support, but some of the most remote communities were not reached for days due to difficult terrain, landslides and blocked roads. In the first few days after the earthquake, these communities had to search for survivors in ruined houses, perform First Aid to save lives, and try to supply clean water. But they were not prepared, and they lacked the skills they needed. Mission East is now working to change this situation.

Mission East Nepal is working in coordination with Save the Children and partners in four of the worst affected districts to train more than 64,000 people to reduce the risk of disasters. We have set up local committees that are being trained to identify natural hazards and assess the risk of a future disaster. They are also learning to find out who is most vulnerable, and who can help them.

Mohan Khadka is a local disaster management committee member, and also part of the First Aid Task Force trained through the project.

“These training sessions have helped me to open my and our society’s eyes, and to change our society’s perspective on disaster risk reduction,” Mohan says.

An important part of the project is to ensure that all activities are inclusive. In these villages, women, children and the elderly are often excluded from major decisions. The harsh living conditions in remote villages do not allow special considerations for persons with disabilities. And people from marginalised castes and ethnicities are excluded from the community.

Therefore, extra efforts are made to ensure that these groups play an active role, as they make significant contributions. Their views and participation in the community are recognised, and they run less of a risk of being let down during a disaster.

The European Union (EU) Humanitarian Aid is financing an 18-month long project that aims to strengthen the resilience of communities and institutions in Nepal to the impacts of disasters. The project is a response to an urgent need for community-based Disaster Risk Reduction, highlighted by the 2015 earthquakes.