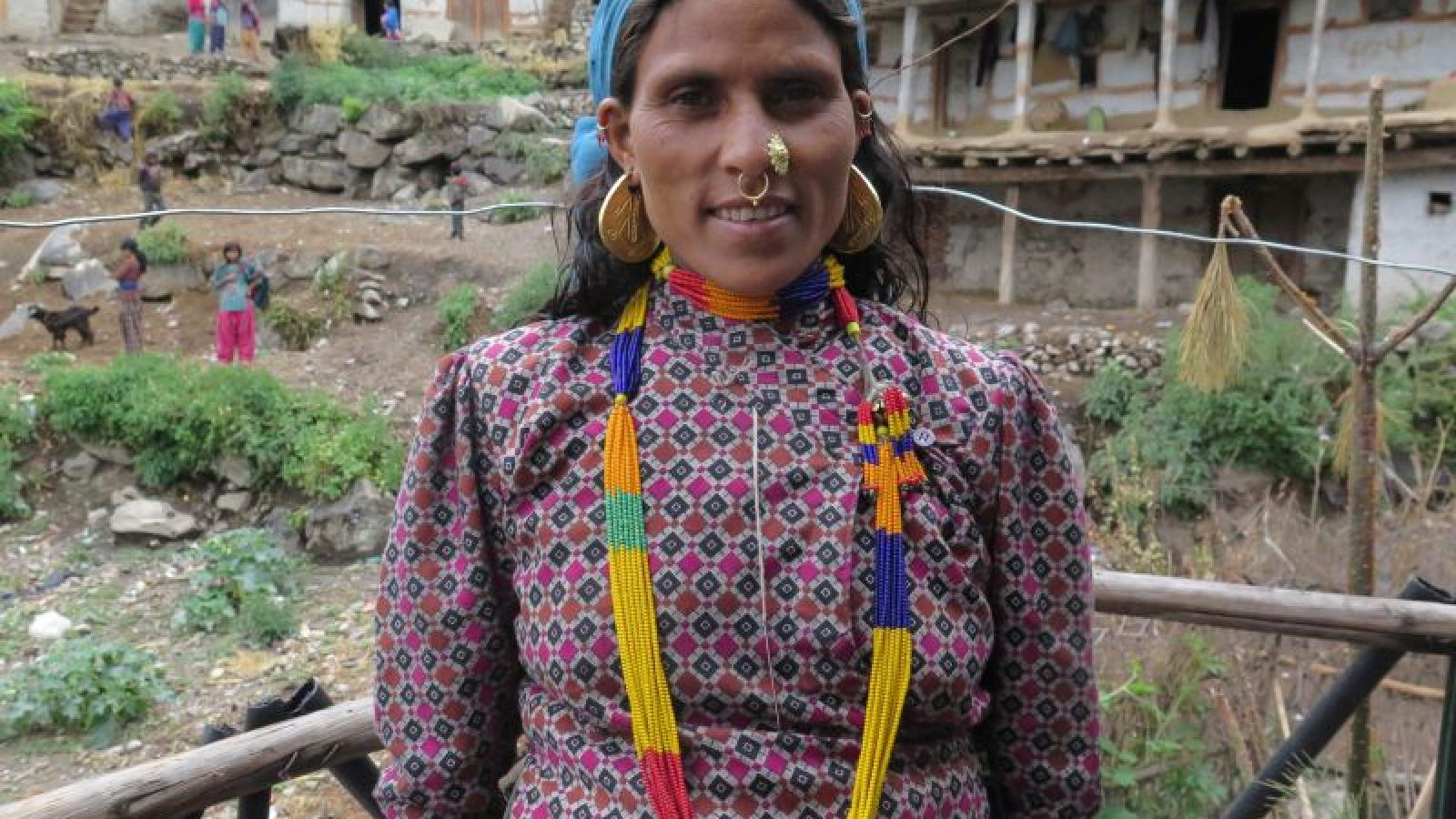 From illiteracy to local politics

Lalparu Sunar grew up in a poor family in the remote Karnali region. She was unable to read and write. After her participation in a literacy group for women she had the courage to run for local office - and was elected.

Lalparu Sunar wanted to open a bank account. She lived with her husband and four children in a small shed on a tiny plot of land. They were only able to grow enough food to last them four months per year. The rest of the year, her husband had to work as a labourer, either locally or in neighbouring India.

That is why Lalparu had opened a small shop to increase the family income. To keep track of her finances, she needed a bank account, but the bank required her signature, and this was more than the otherwise enterprising woman could handle. She had never learnt how to read and write.

Lalparu Sunar, 27, was born into an impoverished Dalit family. Dalits live at the bottom of the caste system permeating Nepalese society, and are referred to as ‘untouchables’. If neighbours from different castes by accident touched Lalparu or any of her family members, they would sprinkle themselves with water as an act of ritual cleansing. Lalparu also had to wait to use the village water tap until no one else was around.

Because of this exclusion from society, Dalits remain stuck in crippling poverty. And because women in Nepal generally live under harsher conditions than men, Dalit women like Lalparu are among the most vulnerable groups in this impoverished area.

The problem with the bank account made it clear to Lalparu how important it is to learn how to write. She joined one of Mission East’s literacy groups for women. For nine months, they were taught how to read and write, and they also learned about their rights. Gradually, Lalparu became aware that she as a woman and as a Dalit enjoyed the same rights as everyone else - to a life without violence, poverty and discrimination.

The participants were also trained to conduct campaign activities. They decided to campaign against the harmful practice of Chhaupadi which banishes women to a primitive and unsanitary shed during menstruation and after childbirth. This can lead to serious health problems. It made her understand how you can create a better life for vulnerable women.

Lalparu has become a very busy woman. Apart from being the treasurer of the literacy group, she is the vice chairwoman of the village women’s network and a member of the district women’s network. She has campaigned for the fair distribution of food aid, she has participated in a campaign for better medical care, and she is involved in a five-year project to secure clean drinking water. Having reached this level of experience, she decided to run in the local council elections in 2017.

Local council elections in Nepal are similar to Danish municipal elections. Due to many years of conflict and instability, Nepal has not had such elections for 20 years. Traditionally, very few women have had seats on the councils, and as a woman and a Dalit Lalparu’s decision to run was a bold one. The more surprised she was when she was duly elected: “I used to be nervous and shake when I was supposed to speak, so I kept quiet. Now I have a voice to place issues on the agenda, deal with people and even give speeches to big gatherings,” she says.

Lalparu is not alone: 13 other women from the Mission East literacy groups were elected to various local councils in the Karnali region.

Lalparu wishes to put a number of issues on the local political agenda. She aims to strengthen the rights of poor and marginalised women and help women who have faced gender-based violence. She wants to fight against forced marriages, child marriages, polygamy, caste discrimination and the isolation of women during their ‘unclean’ periods. She will work against alcoholism and gambling.

And yet, Lalparu believes that her greatest achievement is teaching her husband to write his name so that he can also sign important documents. For this is where it all really began.

For several years, Mission East has run literacy groups for women in Western Nepal, supported by Läkarmissionen, Danmarksindsamlingen and CISU.

The banishment of women

In Western Nepal, a woman who is menstruating or has just given birth, is considered unclean. During these periods, the woman is banished from her home and has to live in a stable or primitive shed where she is only allowed to eat dry food and rice. If she drinks milk, it is thought that the cow that has provided the milk can be taken ill. This practice is called Chhaupadi. Several women have died during Chhaupadi from snake bites, freezing cold or smoke from fire places in the poorly ventilated sheds. A new law has just been passed that makes is punishable to enforce Chhaupadi on women. The punishment can be as much as three months in prison or a fine of 3,000 Nepalese Rupees (appr. 25 Euros). Mission East had campaigned against the practice for years.