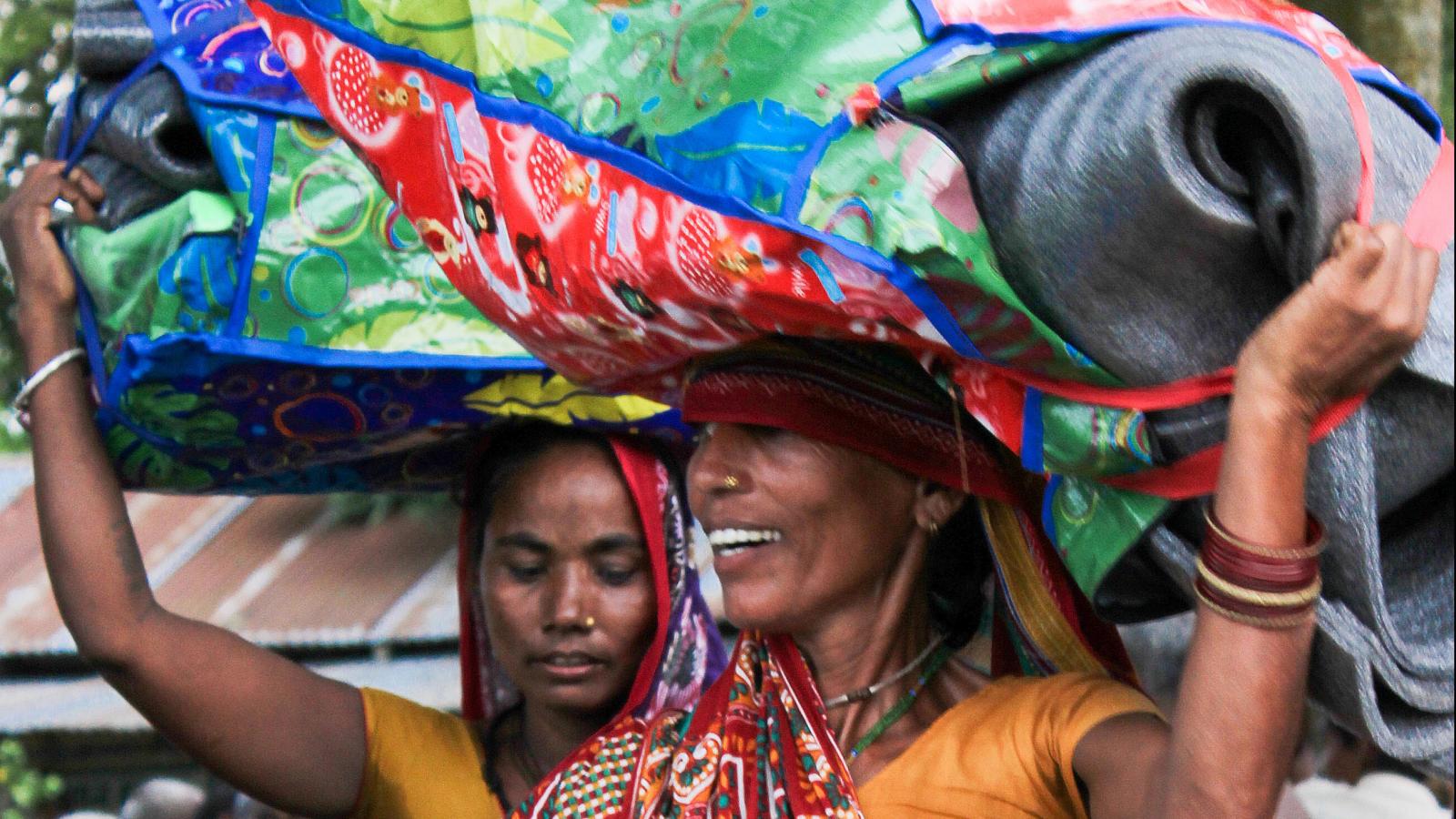 This is how local Nepalese learn to mitigate climate disasters

Most people in the remote Palata Municipality have learned what to do if their houses and fields are flooded by meltwater from the Himalayas. And they know what crops can survive through the changing climate. All as a result of disaster prevention knowledge gained through Mission East.

Nepal is particularly at risk when it comes to climate disasters. When the snow melts in the Himalayas, the water flows down the mountains and tears mud and stones and gravel with it. Streams and rivers run across its banks, and houses, furniture, clothes, cattle and even people are swept away by the violent currents of water and are killed or maimed along the way.

Something must be done. And Mission East in Nepal agrees.

Through disaster prevention, warning systems are installed, e.g. via radio so that the population can escape up the slopes before it is too late. And even better: People are learning to adapt to the new climatic conditions by building their houses more securely and further away from rivers, planting trees to hold on to the fertile soil, and growing crops that can withstand the changing climate.

Mission East Country Director Ujjwal Amatya talks about 5 climate-friendly initiatives that are in full swing right now in the remote and hard-to-reach Karnali province up the Himalayas:

1. The local community is becoming aware of the risk of floods and what they can do to mitigate the disaster. They receive training in climate-resistant agricultural technologies and safe storage of food. Awareness campaigns through song, dance and drama increase the awareness of the population, so that 75 percent of the inhabitants of Palata municipality are now fully aware of what to do if disaster strikes.

2. The population is learning to grow resistant crops, which can also survive droughts. They learn to grow a variety and to produce vegetables that can be grown both in and out of season. In addition, they learn drip irrigation techniques and storage of water and snow. A survey shows that 79 percent of the population has now put into practice the new knowledge for boosting their agricultural production.

3. We plant forest to hold on to the fertile soil and counteract mudslides. 2,000 high-value plant saplings have been planted, ie. walnut, Sichuan pepper and cinnamon. Palata municipality has signed up to plant 20,000 trees itself.

4. Local authorities are empowered to respond to climate disasters and incorporate them into their policies. This has happened through training, workshops, meetings, public hearings, etc. As a result, Palata Municipality has approved the prepared framework and tools for disaster monitoring.

5. A resource center for disaster preparedness has been established in the municipality. Both citizens and community leaders have access to the center, which contains emergency and response materials such as first aid kits, life jackets, blankets, bags, flashlights and maps of the municipality. Information materials on government policies and guidelines for disaster prevention are kept at the Center.

All in all, Nepal is a good example of how disaster preparedness is built and how the population can live safely and grow climate-adapted crops so that they can survive when the meltwater rages down the mountain. Because it does - especially when it is accompanied by heavy rainfall. But now most people in Palata Municipality know what to do so that it does not end in a humanitarian catastrophe.