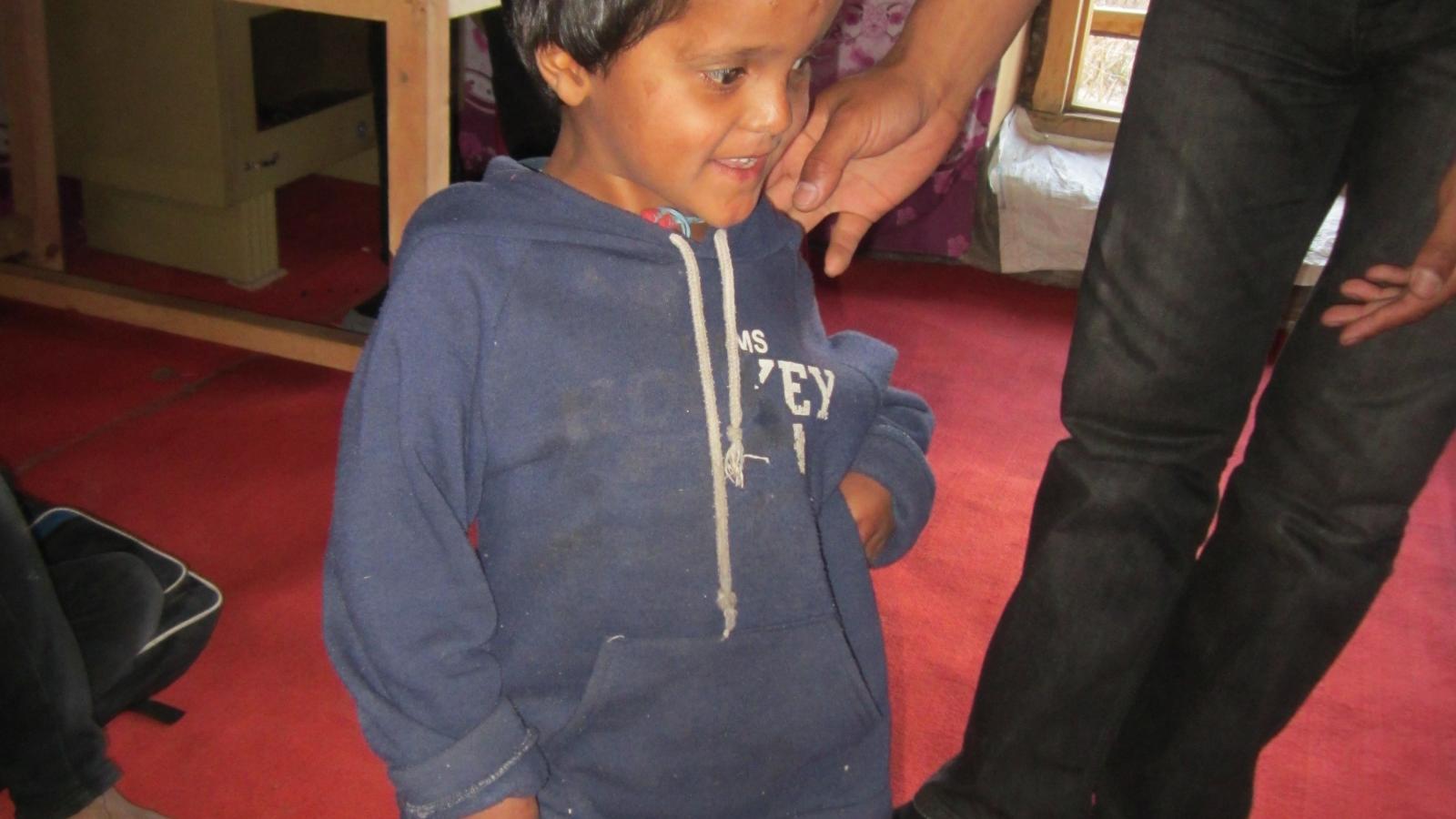 A blind Nepalese boy was forced to live in a cowshed. Now Ram is flourishing at a home that is run by Mission East’s partner organisation, HEAD Nepal.

Ram Banadur Shahi, a six-year old boy, was not born blind, but he was born poor. As the youngest son of a poor farmer in the mountainous and arid region of Humla District in western Nepal, he could have expected a hard life, but nobody could have predicted the terrible fate that awaited him.

His father is disabled and unable to look after the family and, when Ram was only four years old, his mother was bitten by a rabid dog and became completely incapacitated. Responsibility for the family revolved around his older brothers who regularly beat him because he was too small to work and ate too much food.

They once beat him very violently with thorn branches and as a result, he became completely blind. Then he was worth even less to the family and was told to go live in the cattle shed. For the next two years, he had to find his way through a rocky environment to beg food from neighbours. This is how he lived until Mission East’s partner organisation, HEAD Nepal, heard of his plight.

HEAD Nepal specialises in helping children with disabilities in some of the most remote villages in Humla District. The organisation runs a mobile school for the blind, which visits the villages on a weekly basis and teaches life skills and braille to blind and partially sighted children. Through this school, HEAD Nepal had identified most of the area’s children with disabilities.

Starting in March 2017, Mission East and HEAD Nepal will jointly help children with disabilities to integrate into society. Through the network of the mobile school, the project will reach all families with such children. The families will be attend classes in nutrition and cooking and learn that children with disabilities have a right to food and that they can and should participate in their families and local community on an equal basis. In this way, the project will prevent other children from suffering the same fate as Ram.

HEAD Nepal has also established a residential hostel and a school, which currently houses 20 children between the ages of 6 and 16. Most of the children also attend the government primary or secondary school but at the HEAD school they have additional classes in various subjects, such as braille, life skills, IT, singing and dancing.

Ram is one of these children. When Mission East visited the hostel, he had only been there for 15 days, but had already become everyone’s favourite because of his happy disposition, which was a sharp contrast to the horrors he had experienced.

For the first few days, the staff had to teach him how to eat, wash himself and walk with a stick. Now he was already very active. He sang for the guests and proudly told me that he was the best catcher of the ball in the whole school - they use a ball with a bell in it to help develop ear to hand coordination.

Ram’s story does not have a happy ending, at least not by the standards of most of us. He has a congenital problem with his head, and the local doctor says that he will probably have only a short life span. But even if his life will be short, and his disabilities are serious, HEAD Nepal will ensure that the time he has will be full of activities, learning and fun so that he can have a dignified and meaningful life.