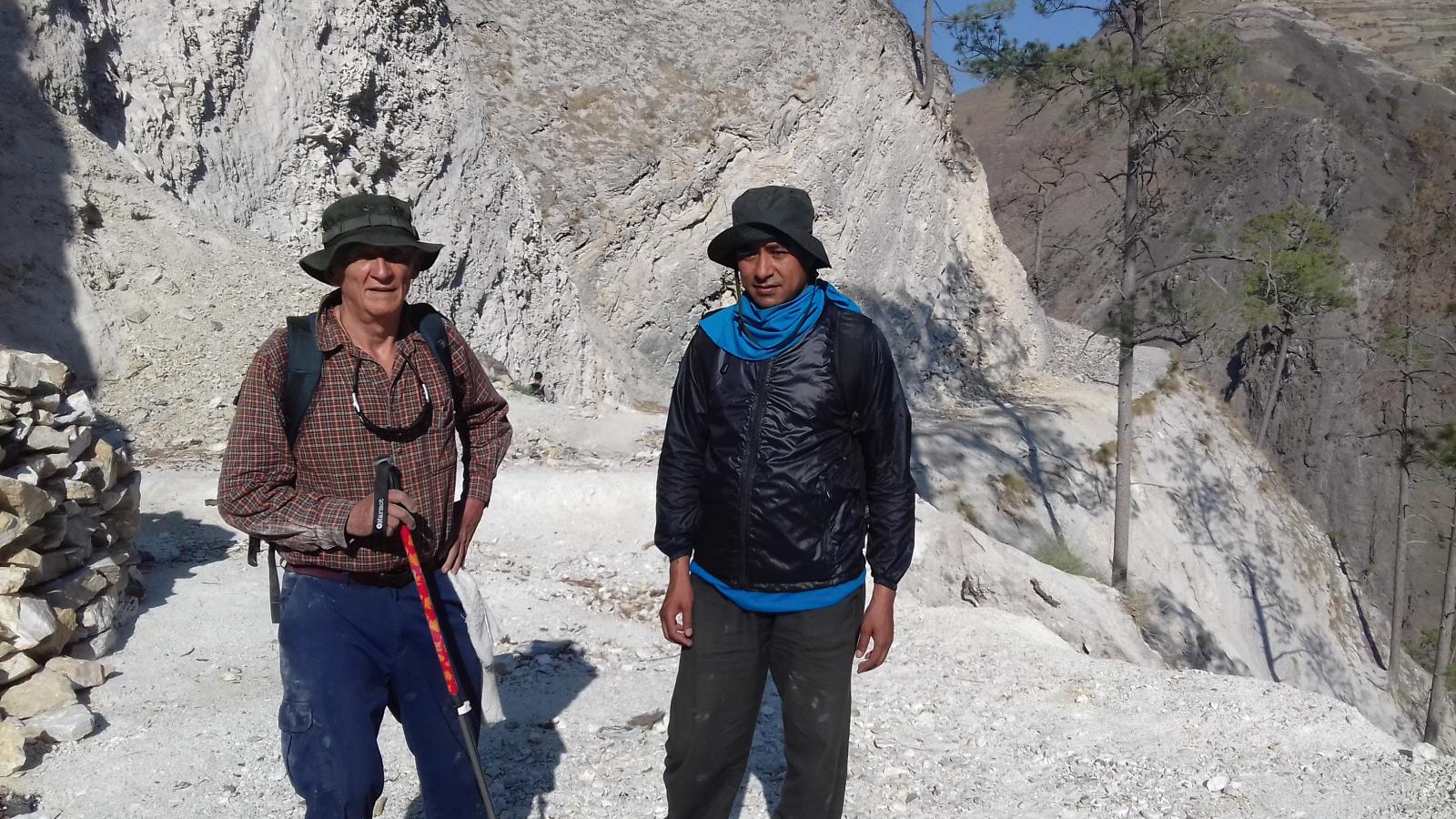 ”You can never go far enough”

The Mission East Country Director for Nepal realises that it can be expensive to work in the most remote parts of the country. But it is also necessary, he says, given that Mission East aims to reach the most vulnerable.

When Patrick Sweeting began to visit Nepal’s remote Karnali Region to inspect Mission East projects, he quickly understood that you must go the extra mile to find the most vulnerable people.

“When you go to remote areas, you can never actually stop going far enough. You go to a village and think that this must be the most unreached area you can possibly work in. Then you find that there are people who are even more remote and far away from that village,” says the British anthropologist and aid worker who worked for many years in the UN system before joining Mission East.

Patrick Sweeting gives the following example: he was actually convinced that Mission East reached the most neglected and vulnerable people when working with poor women in the Karnali Region in the western part of the country. But then he came across a mobile school for blind children in rural areas.

“I said to them that they were trying to reach the most neglected. The reply I got was that there are people who are even more neglected, so I went with their school to the remote areas, and they took me to see people who were even more excluded, like a boy called Ram who was made blind when he was about four years old (see separate story). He was thrown out of the house and made to live in a cowshed.”

At that point, Patrick Sweeting realised that you should always push the boundaries and go even further. And when you do that, you have to accept the consequences: “You cannot expect the most neglected people to suddenly change their lives. There are reasons why they are neglected - the reasons could be remoteness, could be ignorance, could be disability, there are all sorts of reasons for that, and it takes a very, very long time to help them to become self-sustainable.

So when you say that you will work with these disabled children, wo may be blind, or these illiterate mothers, you are actually making a long, perhaps a 10-year commitment to take them through basic education, how to read a little bit, how to count, how to trade and sell things, how to access small capital, how to improve their agriculture. All these small things enable them to compete with people that haven’t had their disadvantages. If we don’t help them in that way, they will always be at a disadvantage, and they will be exploited.”

Exploitation can take on unpleasant forms, especially when many of the inhabitants in remote villages are women because the men have gone away to find work. The villages may end up being populated by women, old people and children and be completely ignored. The smaller they get, the less chance they have of accessing public services. Some people will leave for the towns and end up becoming urban poor.

But it does not have to be like that, Patrick Sweeting says. There is an alternative, because poor local communities can thrive. To make them do so “we’ve got to accept the fact that we are in it for the long haul once we have made the choice to work with them.”

A choice at a price

That type of commitment – especially in a area as remote as the Karnali Region – costs money. According to Patrick Sweeting, some larger organisations can help more people for the same amount when they work in the cities and stay away from the most remote areas. And sometimes, bigger donors do not wish to contribute when the cost becomes too high, even if they officially support the principle of leaving no-one behind.

“That is why we look very much to personal donors that can understand the exceptions in life. These people are perhaps the exceptions, not the norm, we are not talking about your average poor person, we are talking about the extremely neglected in extremely remote areas. Hence, we need help and support from people who have some sort of empathy and sympathy with these people.

At Mission East we have chosen to help the people who are hardest to reach, and that has got a cost in it. The number of people is quite small, but they are the people who are most likely to be left out, marginalised and eventually forgotten, unless people like us start acting now.”

Patrick Sweeting states that he fully subscribes to the Mission East principle of helping those who are most neglected and in remote locations. He refers to his background in the UN system that often dealt with large groups of people but where someone always did not fit in and fell through the gaps. Aid organisations and their supporters can ensure that these people are not forgotten.

Three days on a mule

The Karnali Region is in Western Nepal and borders Tibet. It is one of the few regions that does not yet have a road system for motorized vehicles. If you do not have access to a helicopter, the only way to access the area is to drive for three days from Kathmandu to Gamghadi and then walk for four days to the regional capital of Simikot. To get from there to the villages will take three-four days more by mule, horse or yak. Many villages are not accessible in winter due to heavy snowfall.

In a previous article, we wrote about the solar powered water pumps in the village of Chhepi. The local farmers use the pumps to transport water from the river to irrigate their fields, which makes their lives in the rugged mountain areas a bit easier. In December 2016, the local partner of Mission East, ANSAB, received an award for the project. The award is presented by the British government’s Department for International Development (DFID) and is a major recognition of the work that ANSAB does to create sustainable climate change adaption in remote mountain areas of Nepal.