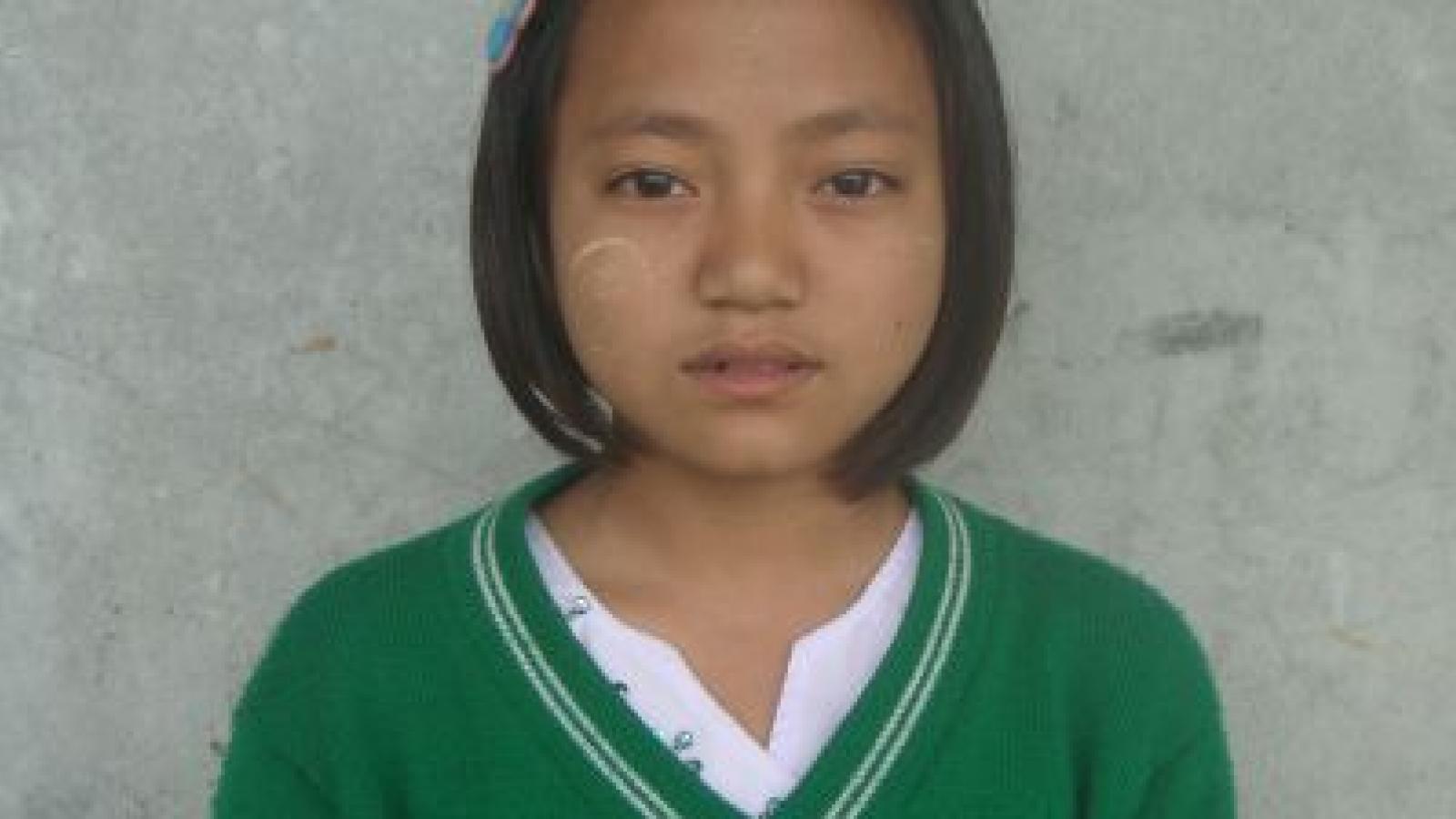 Here the children get food everyday

Education is important. But it is equally important to eat enough food to grow, thrive, and study.. At the COME school in Burma, the children of the Mara people get education as well as food thanks to the aid from Mission East. Here are three accounts on the daily life in Maraland, Chin State, before and after COME school.

”A mother and father for the orphans”

”My name is Vangohkhih, and I come from the the village Sabawngte. It takes two days to travel from my village to the COME school in Lailenpi, and it is a very hard journey. I began attending this school after second grade. Since my father died in a accident and my mother married again, I lived together with my grandparents. When they also died I moved into the COME school. I have been here for three years now, and I view the school as a mother and father for orphans.

At the COME school I never feel hunger. We always get our meals at fixed times. But at home there can be long time between the meals. At the school we get fruit, tea and oil, and once a week we get meat in curry. All of this keeps me healthy.

If I, as a girl, should study while living at home, I would have to cook, fetch water, collect firewood and watch after my mother’s sister’s children. Then I would not have time enough to concentrate on my studies.

At the school I get confidence, a sense of equality and a hope which strengthens my faith in God. I think that the people, who support the COME school, have God in their heart. They give food to those who are hungry, water to those who are thirsty and hope to those without hope.”

”Here I can eat everyday”

“I come from the town Para which is two days’ travel by foot from Lailenpi. I am the youngest son of four children. When I was three years old, my mother died. My father, elder sister and brother worked on a farm, and it was my five-year-old sister who took care of me when we were home alone. Because I was hungry and missed my mother, I cried so much that I had an eye infection. My sister gave me eggs to strengthen and comfort me, but it did not help. After three days I lost my eye. When I turned eight, I was allowed to start at the COME school. This is my first year at the school. Here I can eat every day, sleep soundly and study as much as I want to. I get love, hope and visions for the future here. It feels like that those who support the COME school have divine hands, when they feed and educate children in distant parts of the world. May God bless them who supports us through Mission East 30, 60 and 100 times for what they have done.”

”It is as the daily manna from heaven”

“I am mother to one child. I became mother on a journey to India, where I went to buy medicine to my mother, who was sick. I was raped on the road and left in the night. I don’t know my daughter’s father.

When I heard about the COME school, I prayed to God to give me a job at the school, so that my daughter could study there. I sent my application to the school several times and finally, in 2013, I got a job in the kitchen. Back then, my colleagues and I used to fetch water day and night, collect firewood and go from door to door in the surrounding villages to ask if they could spare some rice and vegetables for the school. We did not get much sleep because we had to go to such great lengths to obtain and prepare the food.

The support from Mission East is a solace in the midst of all our fear and uncertainty. Now we have water like a streaming river. There is plenty of rice, oil, salt, vegetables, sugar and meat. It is as the daily manna from heaven which the Israelites got when they were in the desert.

Mission East saves children’s lives, makes them feel safe and educates them. May God bless all those who supports through Mission East for what they have done for the world’s smallest society.”

The COME school in Burma has on several occasions received food aid from Mission East. Now a kitchen garden has been established so staff and students can grow their own vegetables. The garden is also used to teach the students about sustainable agriculture. The children bring their new knowledge back home to their communities so that the Mara people in the future will be better at growing vegetables in a way that does not damage the soil.