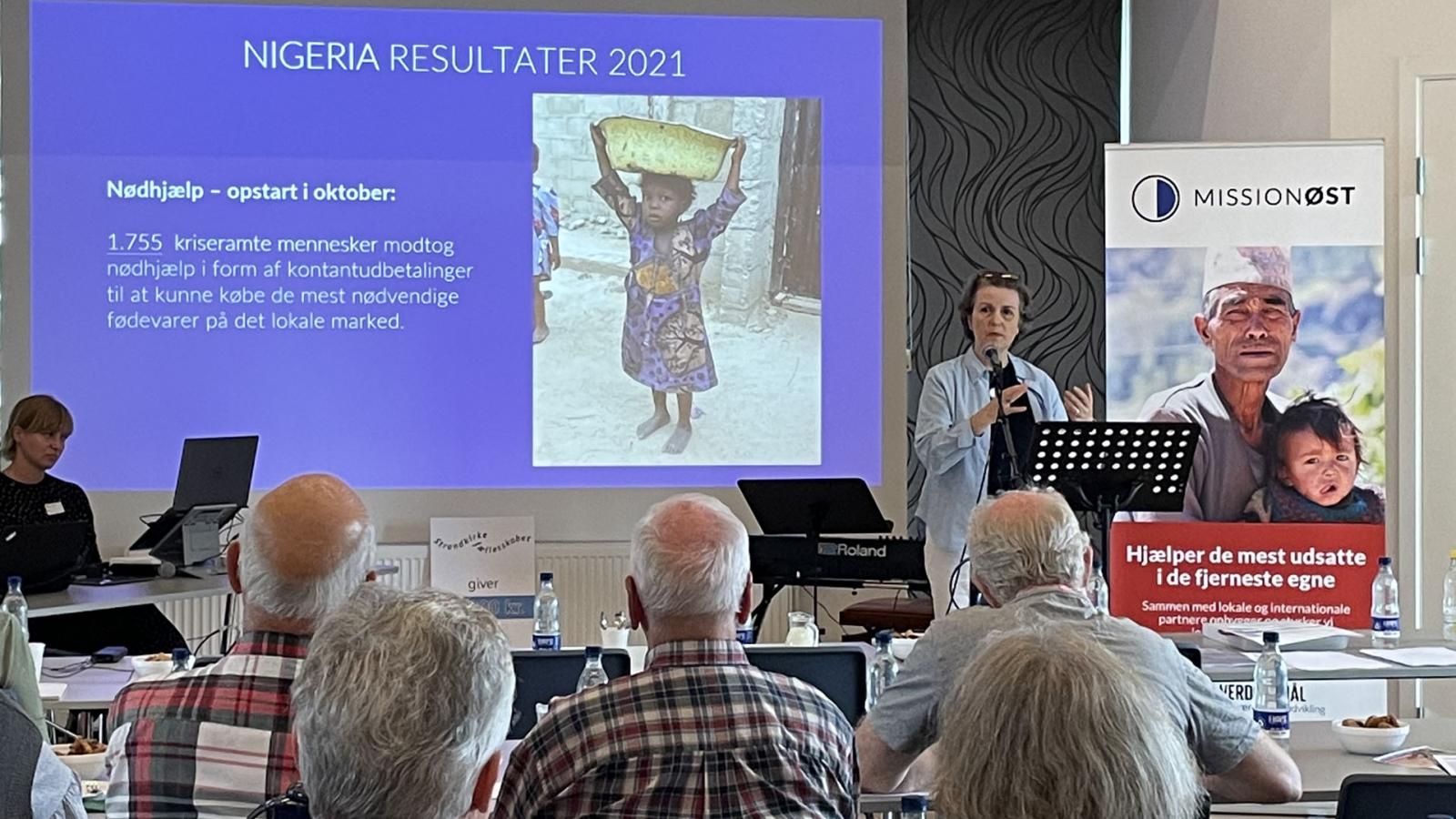 Mission East is a stable and growing organisation

Mission East’s annual meeting highlights an efficient organization that is now also prepared for the future.

Together in Compassion! This headline summarizes Mission Øst's strategy 2022-2030, but it was already gaining ground in 2021, as was communicated at the organization's annual meeting in Karlslunde Strandkirke outside Copenhagen on 28 August 2022.

Here, Managing Director Betina Gollander-Jensen reported that in 2021 over 140,000 people received emergency aid, 51,000 gained access to clean drinking water, 38,000 received help to withstand natural disasters, 19,000 learned to cultivate sustainably and that 14,000 people with disabilities were helped to be included in school and society.

Public and private donors together

The turnover of DKK 76 million from public and private donors meant that Mission East, together with over 20 partner organisations, could deliver positive impact in the most remote and challenged parts of the world.

Mission East continued its work in Afghanistan after the Taliban took power in August. Here, 77,000 people were helped to survive a food crisis, 32,000 received Corona protection and over 10,000 people were taught how to grow their own crops.

Private donors and foundations donated a total of DKK 27 million in 2021.

New effort in Nigeria and increased aid to Syria

2021 was also the year when Mission East started aid work in north-eastern Nigeria, where thousands of people have been forced to flee by terrorists. Here displaced people receive money for food so they can survive the first 6-9 months.

In country after country, families have received help and support to cope. Thus also in Armenia, Iraq, Lebanon, Myanmar, Nepal, Syria and Tajikistan. Aid programs in Syria and Lebanon have increased by 20 percent compared to the previous year – and even though it presents great challenges to transfer money to Syria.

- I am deeply grateful for the trust that our donors and private supporters show us by supporting our vital programs again this year, says Managing Director Betina Gollander-Jensen and adds:

- And I am impressed and proud of our talented employees and partners who have managed to help so many poor and vulnerable people in the most remote areas, people who live in crisis, who are exposed to natural disasters or who are fleeing war and conflict. People who are now better off.

The economy has turned around and is growing

After a turbulent 2020, the year 2021 was a year of consolidation for Mission East.

Following the appointment of a new Managing Director, the structure was optimised, the statutes updated and a new strategy " Together in Compassion" was laid.

At the same time, Mission East completed the change of accounting principle, so that it is in line with the wishes of Danida and other major donors. In 2020, the change in accounting principle led to a negative equity, but already in 2021 this was reversed to a positive equity of over DKK 1,000,000. This development is expected to continue in 2022.

Mission East is thus better equipped to meet the challenges of the future and to meet urgent needs. The benchmark remains that everyone –the board, employees, partners and donors – are working together to show compassion in the world.

At the annual meeting, Torben Andersen, Christian Nolsøe and Pia Jerslund were re-elected to the board, which also consists of Klaus Jahn and Alex Ramos-Peña. The latter as employee representative.

Read the annual report for 2021 here.