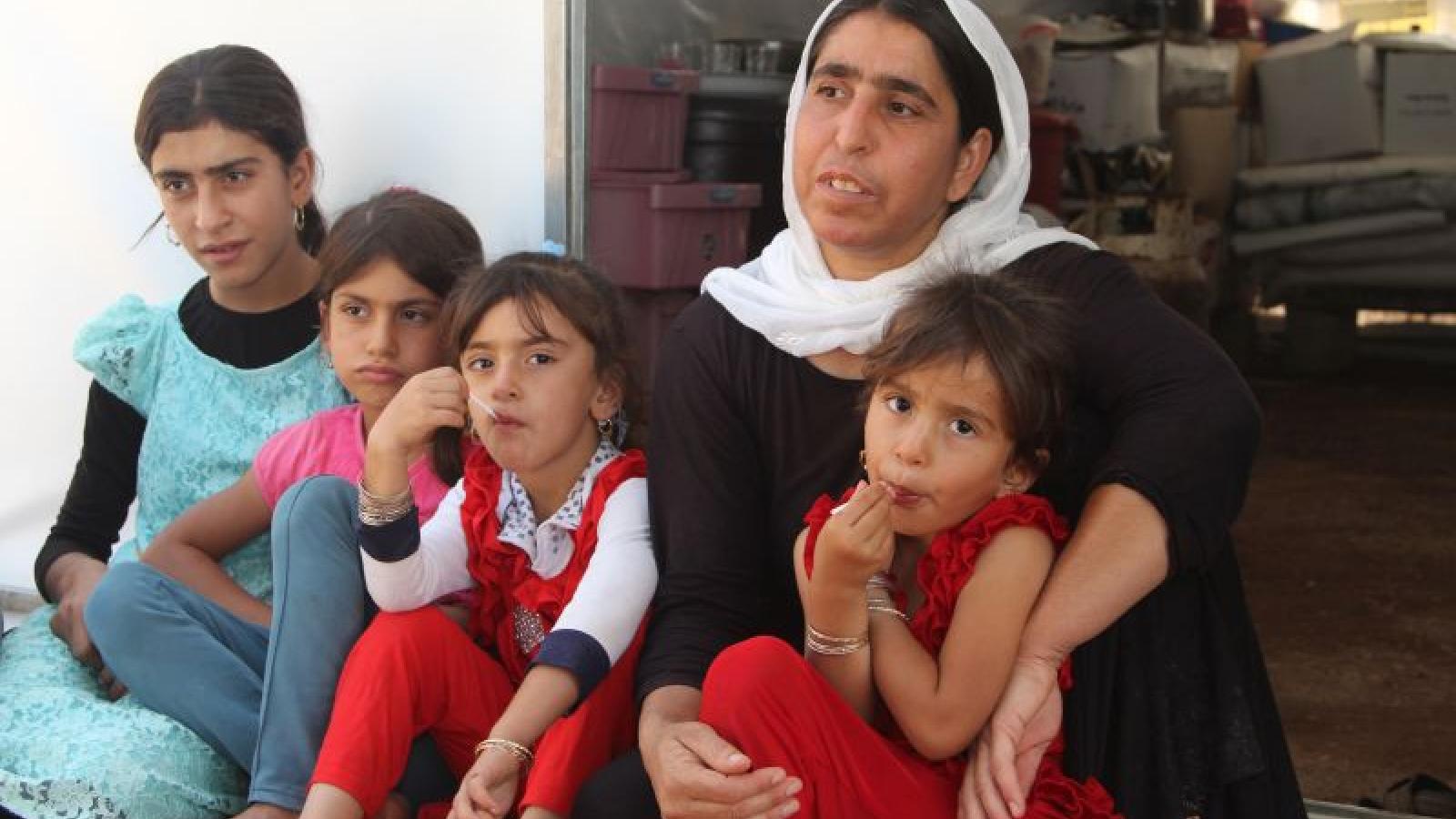 The members of a Yezidi family in northern Iraq were brutally separated from each other because of Islamic State. The family has not heard from three of the children for more than two years. They are either still in captivity – or dead.

Sunday 3 August 2014 evokes painful memories for all Yezidis in Iraq. It was the day that Islamic State attacked the Sinjar district and began a genocide against the small religious minority. Men and boys were murdered, and many women and girls were captured, raped and turned into slaves.

In the middle of this chaos, thousands of Yezidis escaped to Sinjar Mountain – among them Leila and eight of her nine children. Her husband, Hassan, remained in their village to fight the advancing IS-warriors. It would be almost two years before they were to meet again.

On its way up the mountain, the family – with the exception of Hassan – was captured by IS, or Daesh as the extremist movement is called in Iraq. During 20 months of captivity, Laila and her children were moved around northern Iraq and into Syria. Meanwhile, Hassan had to give up the fight to defend his village, but he managed to escape and join the Kurdish forces fighting IS.

”They took us to different places in Iraq. We spent a night in Tal Afar where we heard shots, and the children were very afraid. We were also in a prison in Badush near Mosul where we remained for eight days. Then we were in a village near Tal Afar for four months. Each family was placed in a house, it was like a prison, and we were surrounded by Daesh people,” Leila says.

As far as their time in captivity is concerned, she recounts that some IS-warriors behaved reasonably well, while others were cruel and hit even small children. The food was awful, they were fed rice that often had insects in it. And young women were treated cruelly.

“They were separated from the others. In Tal Afar there was a big market for girls and women. They were transported there by bus and sold as slaves. Even people who were not Daesh came there and bought them.”

Leila tells her story sitting outside her tent at Sardashte camp on Sinjar Mountain where thousands of Yezidis are still seeking refuge. The family has been here for a while. Four of her daughters aged 5-10 are with her right now, while one is visiting her oldest sister who is married and lives apart from the rest of the family. But three family members are missing completely.

Three were left behind

During their first year in captivity, Leila and her children stayed together, but then she and her five youngest daughters were forced onto busses together with hundreds of other Yezidi prisoners and driven to what was then the IS stronghold of Raqqa in Syria. Her two sons – one almost an adult, another a teenager – and a teenage daughter were left behind, and Leila has not seen them since.

“We spent months in an underground prison in Raqqa. They said that we needed to stay underground because of the risk of air strikes. We didn’t know whether we would ever return home. One day, they came with many knives and swords and told us that they would kill us. I was not afraid of dying, but I was afraid of not seeing my children again,” Leila says.

Their stay in Syria was tough for them, but one day it came to an unexpected end: ”The Daesh people red out our names, placed us in cars and drove us away. We don’t know whether the Kurds paid ransom for us.”

The children have recovered

The family initially ended up in the town of Zakho in northern Iraq, where a surprise awaited them. After almost two years of separation, Leila and the children were reunited with Hassan. He is still fighting with the Kurdish forces, and the family now lives in Sardashte Camp. The children have recovered from the tough times in captivity. The two youngest girls aged five and six attend Mission East’s child centre in the camp.

“They like it, it’s really good for them, and it makes them forget what they have been through,” Leila says. But no matter how pleased she is that many of her children feel better, a shadow still looms over the family. One teenage daughter is probably the slave of an IS warrior in Syria, and Leila has heard nothing from her two sons for more than two years. She does not know if they are even alive, and when she speaks about them, the otherwise calm and dignified woman starts crying.

When asked about her opinion of Islamic State, Leila does not hesitate: “I hate them,” she says pointedly.

The family’s names have been changed for security reasons.

A fourth term is becoming ever more widespread: Daesh.  This is an Arabic acronym for the movement’s name, but because acronyms are rarely used in Arabic, it sounds strange to native speakers. Moreover, ‘daesh’ is very close to the Arabic word daes which means ‘someone or something that crushes or tramples’. Daesh is therefore used by some of the movement’s opponents as a way to mock it and to delegitimise its claim to be an ‘Islamic State’.