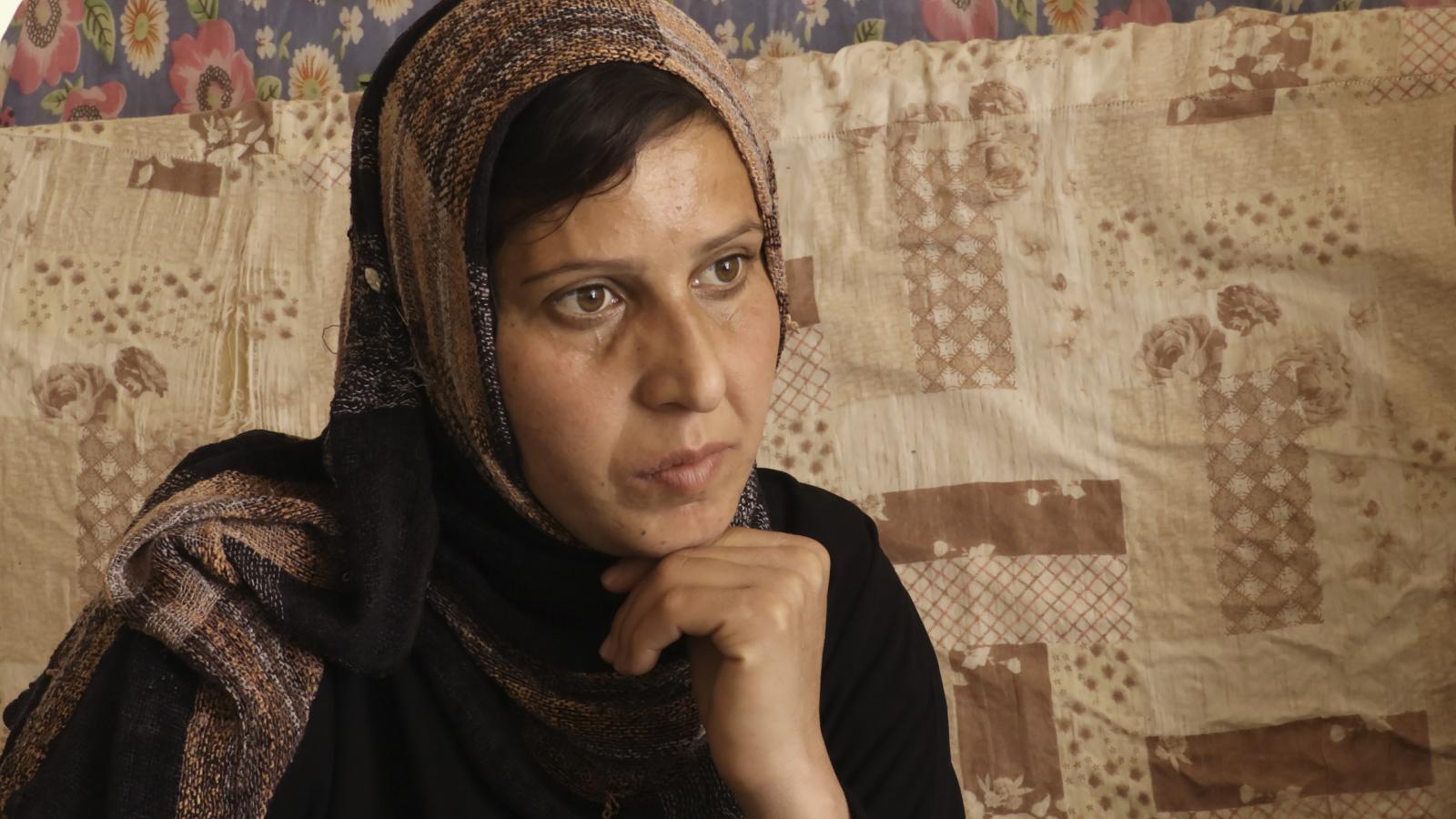 When fear takes hold of your body

Samira’s story gives a unique insight into the situation of Iraqi IDPs. Fear is the predominant feeling, and requirements for the future are modest. Samira and her family had to endure IS abuse for two years. Now they live in an IDP camp where they have received mattresses from Mission East.

Fear has taken hold of Samira’s body. The 25-year old mother escaped with her husband and children from the cruel regime of Islamic State and now live in a tent in Daquq IDP Camp outside Kirkuk in Iraq.

She is too afraid to return to her village where the memories of torture, abuse and murder are ever- present. All she wants is to remain in the camp – even though food rations are scarce, and he does not have money to buy food and clothes.

Managing director Kim Hartzner recently visited Daquq Camp with a Mission East team that distributed mattresses to hundreds of families that lost everything when escaping from Islamic State. Samira comes from one of these families.

She is married, and the mother of three children. Her family had to flee twice, first from their small village to the city of Hawija, and later to the IDP camp. In Hawija, they had to endure two and a half years of constant IS terror.

“Islamic State tortured us, they left us with no food, they took all our dignity away,” she told Kim Hartzner when he visited her and her children in their tent.

The family is happy with the mattresses. They protect them against the cold and humidity and enable them to sleep all through the night - if they can keep the memories of IS abuse at bay.

IS killed people on the street

”I constantly feared for my life,” Samira said, recalling the terrible years.

“Islamic State would clamp down on anything. They abused men and women. The IS warriors killed people in the street, with knives as well as bullets. If they saw anyone smoking a cigarette, they killed them. If a woman did not cover her face, she was killed. If anyone tried to flee, they were killed.”

The fear of death permeated everything. Samira and her family were under constant surveillance.

”Islamic State watched us all the time. They did not allow us to leave our homes, and we were very afraid. We women could never show our faces, but had to cover them 24 hours a day. We were very hungry and thirsty. I only had bread and water for my children. That is why we fled IS. We just wanted to get away from them.”

Samira, her husband and their three children fled in the middle of the night when Islamic State occupied their village. They walked for eight hours before arriving in Hawija which was also occupied by the terrorist movement. After having been harassed and terrorized for two and a half years, the family decided to flee together with three other families. This time, they also walked for eight hours before arriving at Daquq Camp near Kirkuk.

“We were terrified that IS would catch us. They would have killed all of us if they had found us,” she said.

Safety in a tent

In the camp, they feel safe even though food is scarce: “Some days we only eat tomatoes, other days we eat beans. This is how we get by.”

Samira cannot face returning home at the moment: “I don’t expect to return to my village in the immediate future. I prefer to live in this tent rather than going home.”

Her plans for the future are very basic: “I hope that I will have enough money to pay for my expenses and send my children to school,” she said.

Her family manages to get by from day to day. The way they live in the camp enables them to keep their fear at bay. The aid from Mission East and other organisations gives them comfort and courage. With this help, families like Samira’s can reach a point where they dare return to their villages and resume as normal a life as possible.