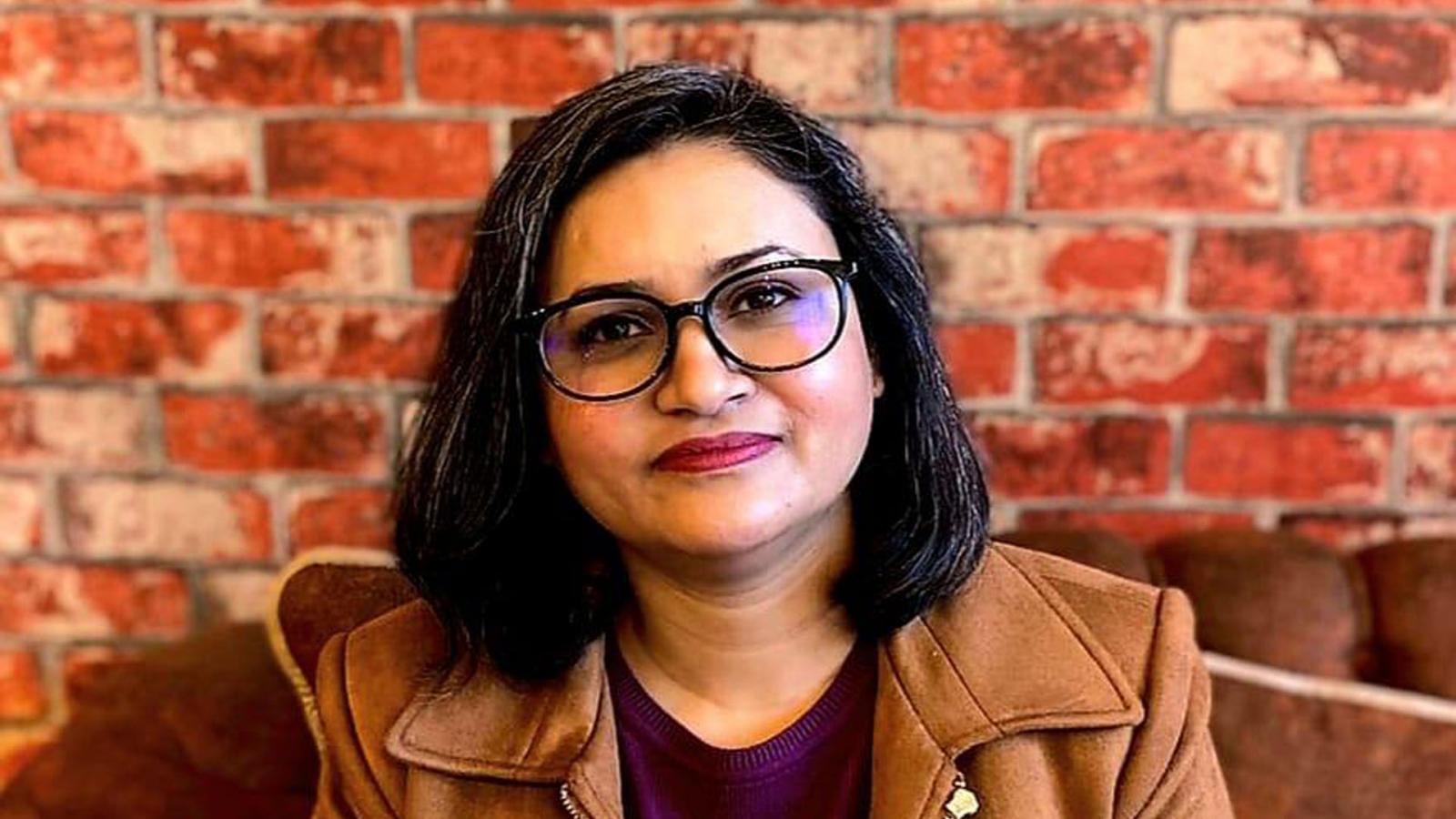 Sana Basim is Mission East's Head of Programmes in Iraq. She is happy working for a flexible organization that helps women - irrespective of their religious affiliations and ethnic identities - to survive abuse and support themselves and their children.

In traditional societies like Iraq, women do not even have a right to their own bodies and often have to suffer gender-based violence. But women can seek help in Mission East's community centers, where discussion groups for both women and men can hopefully change the culture in the long run.

So says Sana Basim, who is Mission East's Head of Programmes in Iraq with a background in Protection and a declared feminist. She is a trained anthropologist and is originally from Pakistan. Now she lives with her husband and two children in Erbil in northern Iraq, where Mission East also has an office.

- The advantage of an organization like Mission East is that we have our systems, policies and procedures in place while we are also flexible to meet the individual needs of the local community. We are proud of that strength! she smiles.

As a cultural anthropologist, Sana Basim is used to working closely with local communities. As part of her education, she did field studies in Pakistan administered Kashmir. The ability to listen to local needs, build trust in the local population and summarize what it takes to make life better for people, she has brought with her in her role in Mission East

Butterflies in the sky give hope

What is it that drives you?

- When I succeed in raising money for projects and I look through our applications and see how much of a difference the money will make for vulnerable people, I am happy. It motivates me! And when I see Yazidi women's paintings of butterflies flying up in the sky, I discover how much the trauma treatment means for these women to move on in their lives.

- Yes, and in a closed society like the Iraqi one, it is incredibly strong that women dare to paint their pain and express their hope in this way. Think how much they have had to go through to get there! Think about what they had to suffer simply because they have a different faith and a different ideology than the majority.

Men decide pretty much everything

Sana Basim is also part of an international network of professionals who fight for equality and diversity in the world. A fight that does not seem to be over yet.

- It is very difficult to both speak and to act on women's rights in a society where a traditional interpretation of religion is prevalent. We can talk about reproductive health, but not about reproductive rights. It is still the man who decides whether the couple should have children or not. The woman has nothing to say. We can only address this issue quite carefully.

- The fight for women's rights is not just a matter for women. We must also engage the men. This applies to everything from defending women's right to their own bodies to counteracting gender-based violence. After all, it is men who commit the violence!

- In traditional communities, women are shamed for giving birth to girls. They are both stigmatized and punished, and often the husband will divorce and marry another or take a second wife. There are also problems with forced marriages and child marriages, says Sana.

Women's rights have been incorporated into Mission East's projects in Iraq through information, awareness raising and engagement. Including both women, men and local faith leaders.

- When the women come to our community centers for help, they are received by caseworkers who are trained for just this. They are offered psychosocial support and are referred to a psychologist if necessary.

Mission East operates two multi-purpose community centers in Iraq - one in Sinjar and one in Kirkuk.

- The centers are safe environments for women. Here they can participate anonymously in the center's regular activities with female caseworkers on the sidelines and receive help and support without their men knowing that they are seeking protection from, for example, gender-based violence. If the men knew that, they would not allow the women to come!

Do you confront the violent men?

- It is very dangerous to confront them directly, not least for the women. But we organize groups for men, where we provide general information about human rights, including women's rights. That way, men who have problems with violent behavior can get information and guidance that will hopefully adjust their behavior.

What happens in the woman when "the butterfly starts flying"?

- When women who have been exposed to violence and abuse hear that other women have experienced something similar, they relax. Some form spontaneous support groups, where they can give each other moral support. And because we combine psychosocial support with vocational training, women gain self-esteem by learning a trade or starting a business.

Vocational training in particular is important for the women, says Sana Basim:

- Many of the Yazidi women have lost family members, some have been left completely alone after being released from captivity. They have no livelihood. So we give them education and start-up capital so they can make money and rebuild their lives.

Women were helped to start a business at home

How do men react to women starting their own businesses?

- What happened during the time of ISIS is difficult to cope with. But the Yazidi community is a classic example, and the Yazidi community leader requested all Yazidi members to accept their daughters, sisters and wives after the liberation from the captivity. However, for other religions and ethnicities, stigma and shame persist and in most of the cases there was no way back to home. Even though it’s a rural community, the acceptance of women running businesses is much more than other urban centers.

- In Mosul, the second biggest city of Iraq, Mission East supports a mother and her three daughters in starting a business from their home. There are five children in the family, but no one to support them. Both the mother and two sisters' husbands were killed in the war. The women are being bullied and harassed and even exploited by the local authorities. We helped them start a business from their home where they sell dresses and cosmetics. Here the city women come to shop.

And here we are back at the flexibility of Mission East?

- Yes, we are always looking for solutions that are acceptable to the local community.

How do you manage to be surrounded by all this pain?

- It is overwhelming! Sometimes I cry when I write their stories. But I feel that's what drives me. These women are dependent on my help. Even my little effort is a great help to them. 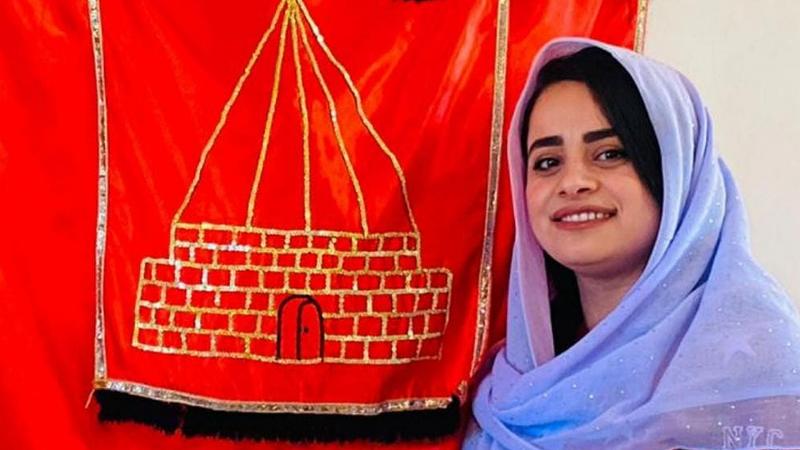 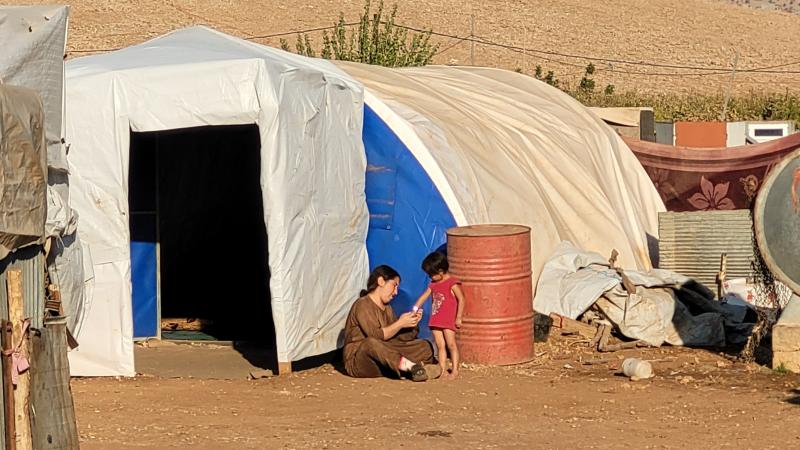 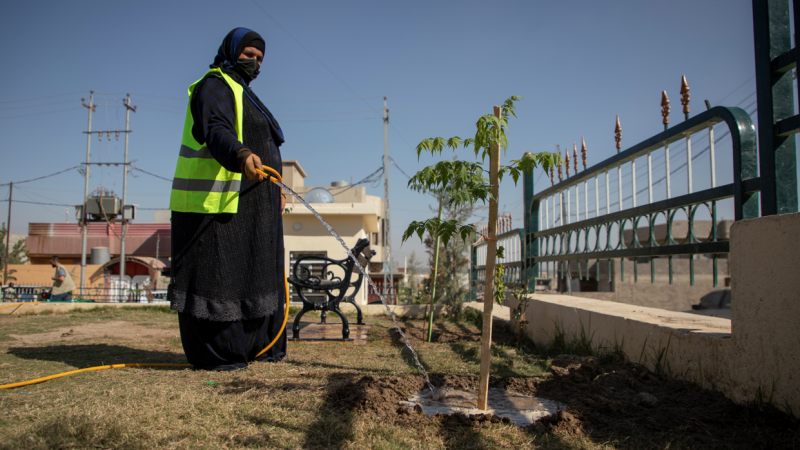 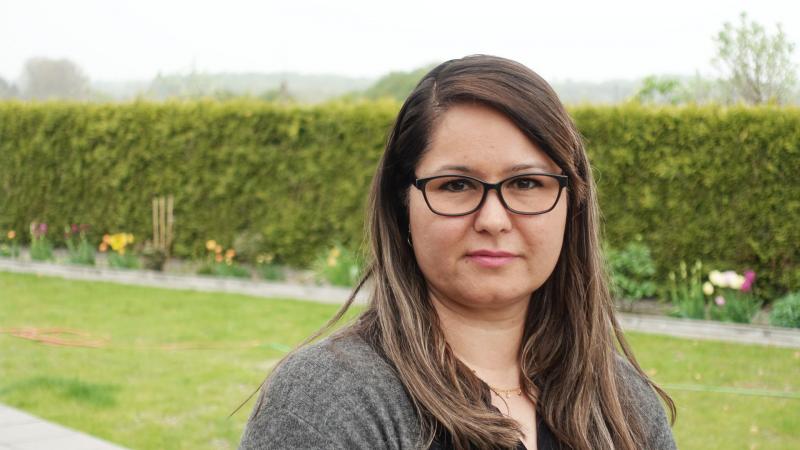