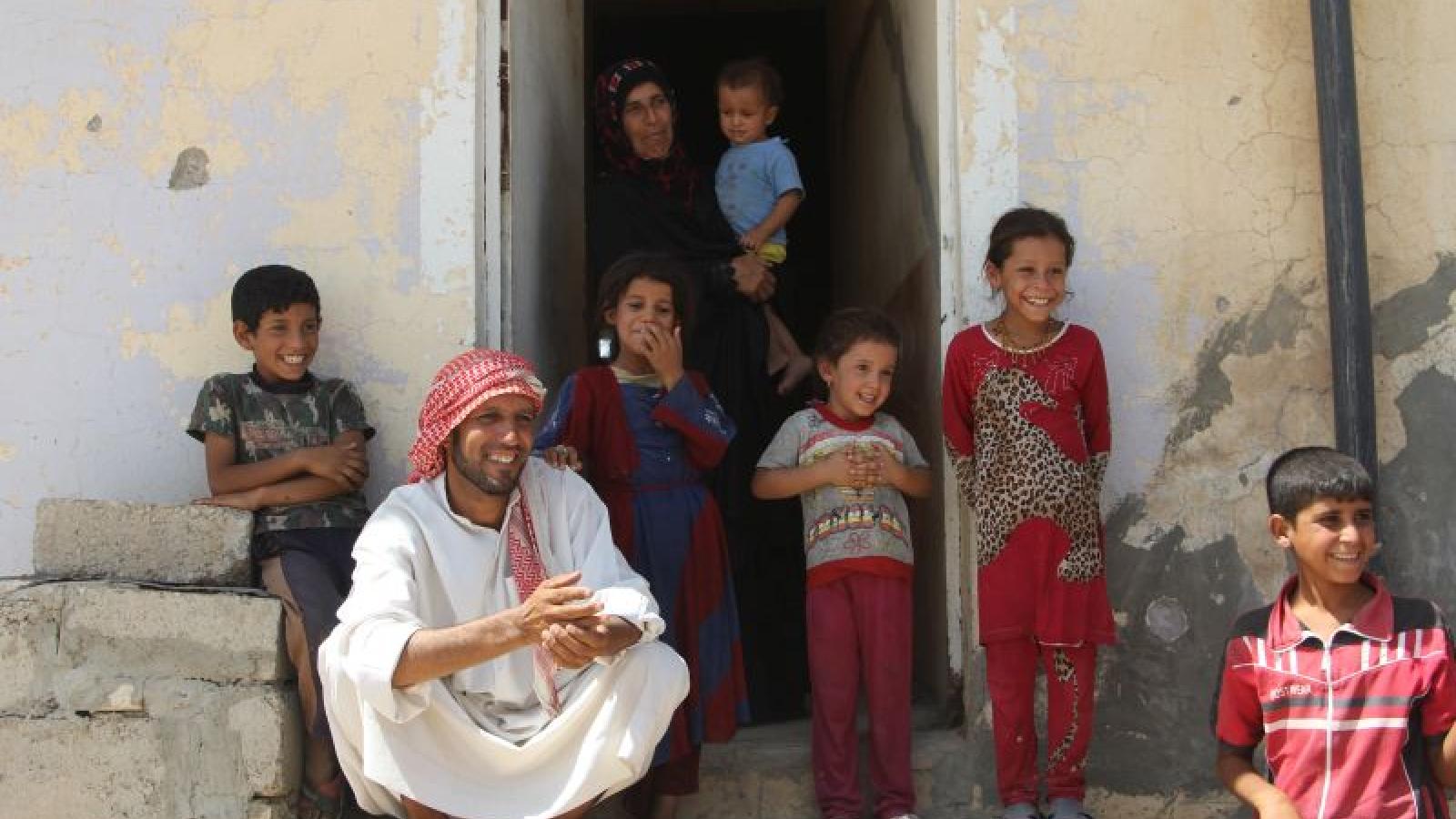 New hope for a forgotten village

In a village just south of Mosul, the inhabitants are on the edge of starvation and affected by almost three years of occupation by Islamic State. That is why Mission East has distributed food to them – and plans to do more. e

When a Mission East team visited Mahmood for the first time in late August 2017, he was pleasantly surprised about the prospect of receiving aid from an international organisation. He felt that his village had been all but forgotten after being liberated earlier that year.

The dignified elderly gentleman with the impressive moustache is the head – or Mukhtar – of the village. He witnessed many bad things during the almost three years that Islamic State – or Daesh – controlled the area. His village was seriously deprived when Islamic State fighters ruined the local economy by stealing the inhabitants’ livestock and preventing them from working. Mahmood himself experienced serious grief when some of his close relatives were murdered:

“They tried to escape, because they were starving. Daesh killed them. If they caught people escaping, they killed them immediately,” he says.

On this scorching hot summer’s day, many of the villagers have gathered around Mahmood’s house to receive boxes of food from Mission East. The sun is shining from a cloudless sky, and the temperature exceeds 40 degrees. Nevertheless, they are patiently awaiting their turn.

Mission East’s emergency response coordinator, Knud Andersen, and his team of Iraqi field staff ensure that the distribution is quick and efficient. People have already been registered, and when they get their food, the Mission East team takes their fingerprints.

Jamal, a father of five, receives a box with 25 kilos of food. It contains rice, beans, lentils, cooking oil, sugar and other basic foodstuffs, and Jamal has no doubt about its significance.

”Yesterday, we had no dinner, my children had nothing to eat. This is a great gift, to us it is like finding a treasure,” Jamal says.

He is surrounded by his wife and five children – three daughters and two sons - aged one to ten. All the children look as if they would benefit from better nutrition. When asked when the family last enjoyed a decent meal, Jamal replies with a quiet smile that it was probably before the arrival of Islamic State more than three years ago.

His and other families in the village suffered during the occupation of the terrorist movement, one reason being that it seriously affected their livelihoods. Jamal used to be a labourer, but now he has no job: “We used to have a cow, and it provided my children with milk. It was a very important source of nutrition for them. But Daesh stole it,” he says.

Many of the villagers tell similar stories. They lack almost everything, but it was not always like that. According to their Mukhtar, life was good before the occupation. The villagers lived quite well from their livestock before it was taken away from them. But then their livelihoods were ruined, and there was no work for those who did not follow the extreme ideology of Islamic State.

The food distribution is the first kind of international support for this village. Mission East is ready to help more, as the needs are pressing. Even though there is a long way to go before the village gets back on its feet, the distribution is a good start.

“I am so happy that people in my village are now getting food,” says the visibly relieved Mukhtar.

For security reasons we have not mentioned the name of the village, and the names of the interviewees have been changed.