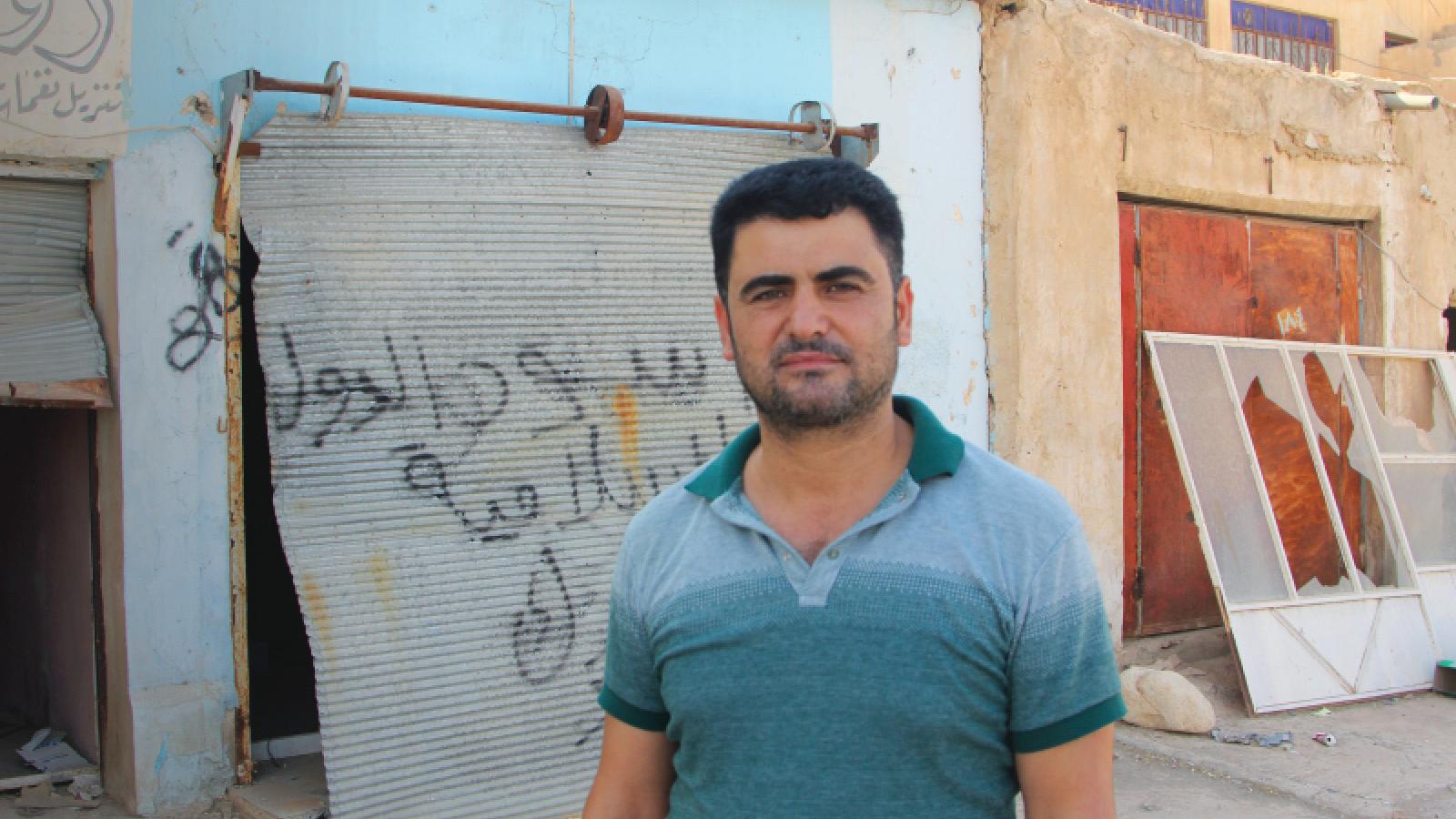 A man and his shop

A Yezidi family in the Iraqi town of Sinune are looking forward to reopening their shop that was destroyed by Islamic State.

The words ”Lions of Islamic State” are written in large, black letters on the shop front. This graffiti is an unpleasant reminder of the violent times in August 2014 when the extremist movement invaded this part of Northern Iraq.

Before the invasion, Salim and his sister sold stationery from their shop in Sinune’s business district. But when Islamic State – locally known as Daesh – came, they were forced to flee. As members of the religious Yezidi minority they risked being killed if they remained in the town.

“Daesh destroyed our shop. They stole everything, and it has looked like this ever since,” Salim says and points to the damaged interior of what was once a thriving business. “When I returned to Sinune I was upset and angry to see this.”

Three years have passed since Sinune was liberated from Islamic State, but it has taken the inhabitants a long time to return to their town. They were concerned about their safety, and the destruction was so heavy that many found it difficult to start all over again.

Named after his nephew

For this reason, reconstruction has been slow. Thanks to Mission East’s work in Iraq focusing on helping the local population to regain their livelihoods, Salim and his sister can soon call themselves shop owners again. However, this time they will not be running a stationery shop but a small supermarket. ”This town needs supermarkets. We have lacked an income, so this will be a very significant source of income for our family,” he says.

Even though it will be a different type of shop, one thing will remain unchanged, says Salim. The old stationery shop was named after his nephew, and so will the new supermarket – because the shop is important for the whole family.