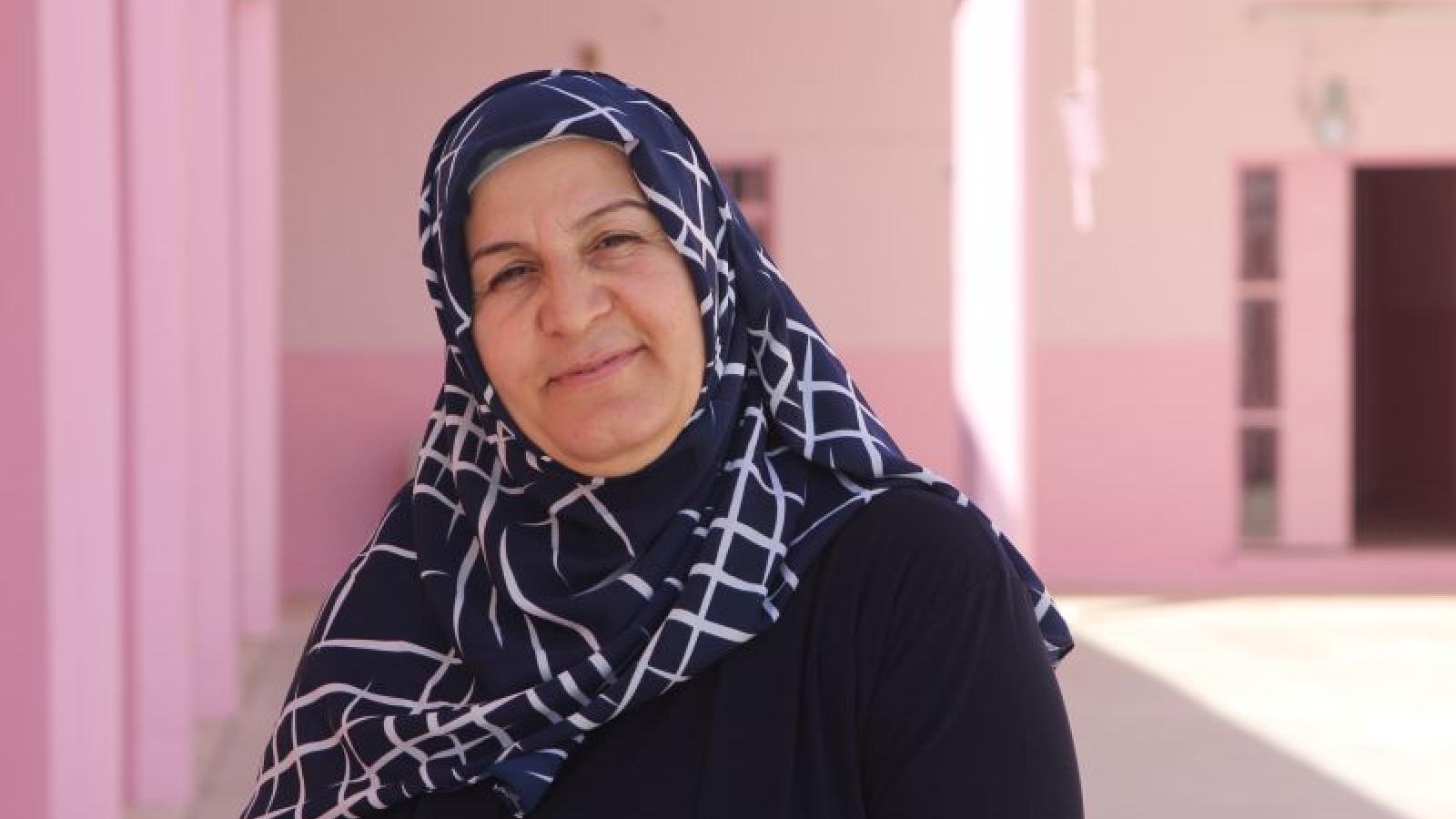 Mission East has hired people who are displaced because of the conflict in Iraq to paint schools in a neighbourhood in Kirkuk. They earn an income, acquire new skills and make the local area look nicer.

Headmistress Pare Abedillah proudly presents her newly painted school. She is a lady of authority with a winning smile, and as headmistress she has decided that her school needed to be painted pink. This makes it stand out from other and less colourful buildings in this poor neighbourhood in the Iraqi city of Kirkuk.

“I like that colour. I wanted something light and pretty for the pupils. The school used to be very shabby, there were holes in the walls, the colours were dark, and the pupils could not see the classroom blackboard,” she says.

The school’s new look has been financed by Mission East. The work has been carried out by Iraqis who have been displaced from their homes and have had to seek refuge in Kirkuk because of Islamic State’s rampage in Northern Iraq. Thus, the neighbourhood Wahed Hozairan gets a much-needed facelift, and people in a difficult situation are able to earn an income by carrying out much appreciated work.

This form of emergency aid is called ’cash-for-work’, and about 200 displaced families in Wahed Hozairan have benefited from it – as have three neighbourhood schools.

“This project gives the displaced new strength. They regain their self-confidence, because they earn an income and are able to feed their families. They acquire new skills, and their work benefits the local community by making the school buildings more pleasant to be in,” says Lise Faski, Mission East area manager for Kirkuk.

At Pare Abedillah’s school, there are almost twice as many pupils as there is room for, and more than one fifth of them are internally displaced. This gives her many challenges, but at least she can deal with them in more beautiful surroundings.

“These walls spread joy, and I like that. We thank Mission East for the assistance, it makes us very happy,” she says.

Another school nearby is still being painted. A group of men are busy painting it in a light green colour. One of them is Khalid, 32, who like many other displaced people in the Kirkuk area has escaped from the Hawija district further to the west.

Khalid used to be a builder in his home village. Now he temporarily resides in Kirkuk with his wife, three small children and other close relatives. He hopes to return to Hawija, which until recently was one of the final strongholds of Islamic State in Iraq, once the area has calmed down.

“My family is very satisfied that I have this job,” he says. The project not only enables Khalid to feed his family for some time, but also improves his chances in the labour market once he returns home. That side of the project is also important, says the crew’s foreman, Daran, who is inspecting the results of the work. He is a professional painter and lives in Kirkuk.

“The displaced people gain two things from this – an income and new skills. I like to help them to improve their skills. Many of them really want to learn, and I am proud of the result,” he says.

Cash is the way forward

Normally, emergency relief is perceived as specific objects that people need in an emergency, such as food, blankets and clothes. In recent years, it has become more common to provide financial support. Mission East does this wherever possible, e.g. in towns that have markets.

Cash makes it possible to: