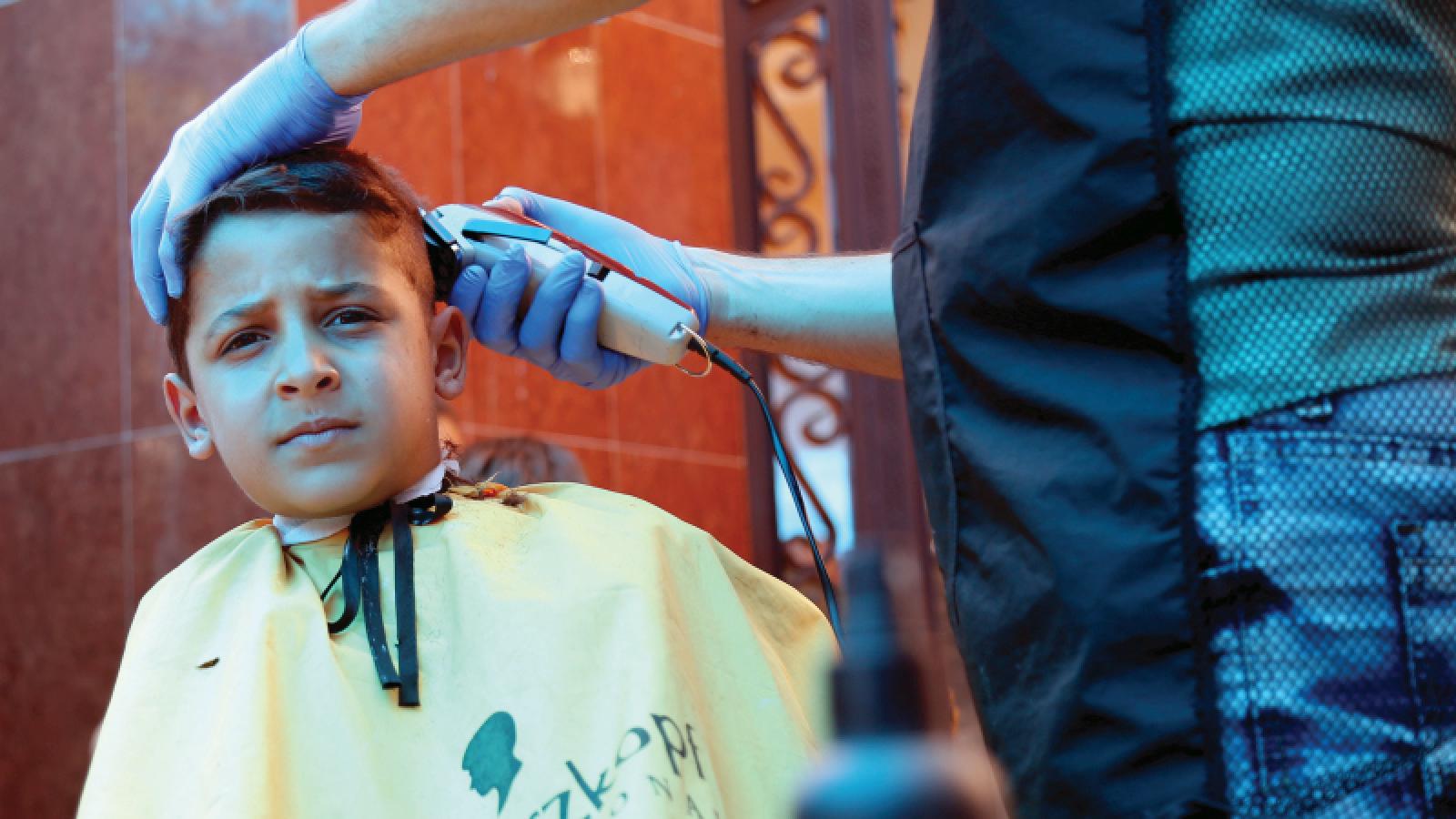 Khaled is only five years old, but his short life has been dramatic so far. The little boy from the war-torn city of Mosul lost his father during the violent battle over the city, and when his family’s house was bombed into pieces, they had to settle in another neighbourhood.

Now it is time for Khaled to start school, and as every other Iraqi boy he is expected to meet up with a fresh haircut. He used to be afraid of having his hair cut, but a “hair cutting day” at Mission East’s community centre in Mosul has changed his and his friends’ minds.

”I have come her together with my friends to get a haircut. It is different for me now, I can do it without fear, and I enjoy it instead of being afraid,” the little boy says.

The haircutting event is organised by Mission East’s partner organisation in Mosul, EADE, together with a local hairdressing school, who has made ten barbers available for free. Throughout the day, they cut the hair of 150 little boys, who otherwise would have had a hard time managing to get a fresh haircut before their first day at school.

Children find each other

The boys’ families are happy for the initiative. When living in a war-torn city, it is not always easy to afford 2 Euros for a haircut, and the event also make it possible for children to find each other. It was difficult for them when the city was under the control of Islamic State, who forbade most public activities and prevented children from going to school.

”When they occupied our city, we could rarely go out, and we spent most of our time at home. It especially affected my children. They became introverted and shy, it inhibited their development and they got psychological problems. Events like this help the children recover. They can meet friends, play and enjoy a normal life,” says Najma, mother of four children, who has brought her son to get him a haircut.

Also Najma’s family suffered greatly during the occupation of Mosul. Because her husband refused to join Islamic State, he lost his job, and the family had to sell their furniture to provide food for their children. They did not have money for medicine, so when Najma’s husband and one of her daughters got sick, they could not get the needed treatment. This have given them permanent ill-effects. But despite all the problems, Najma manages to muster a little optimism on a day like this.

”All the children of the neighbourhood find each other and my children get to know other children and gain new friends because of this. Psychologically, they are much better than before,” she says.

For the barbers, who donate their time and skills, this day is also of special significance, according to Nabeel, who runs the hairdresser school Nabeel Institute and himself partakes in cutting the boys’ hair.

”Every child has a right to get his hair cut. Our goal is to make the children happy and motivate them for the new school year. We wish to show the world, that the children have suffered during the conflict. This community is very vulnerable and needs help. We really appreciate that Mission East supports these poor children and we wish you to continue with that.” 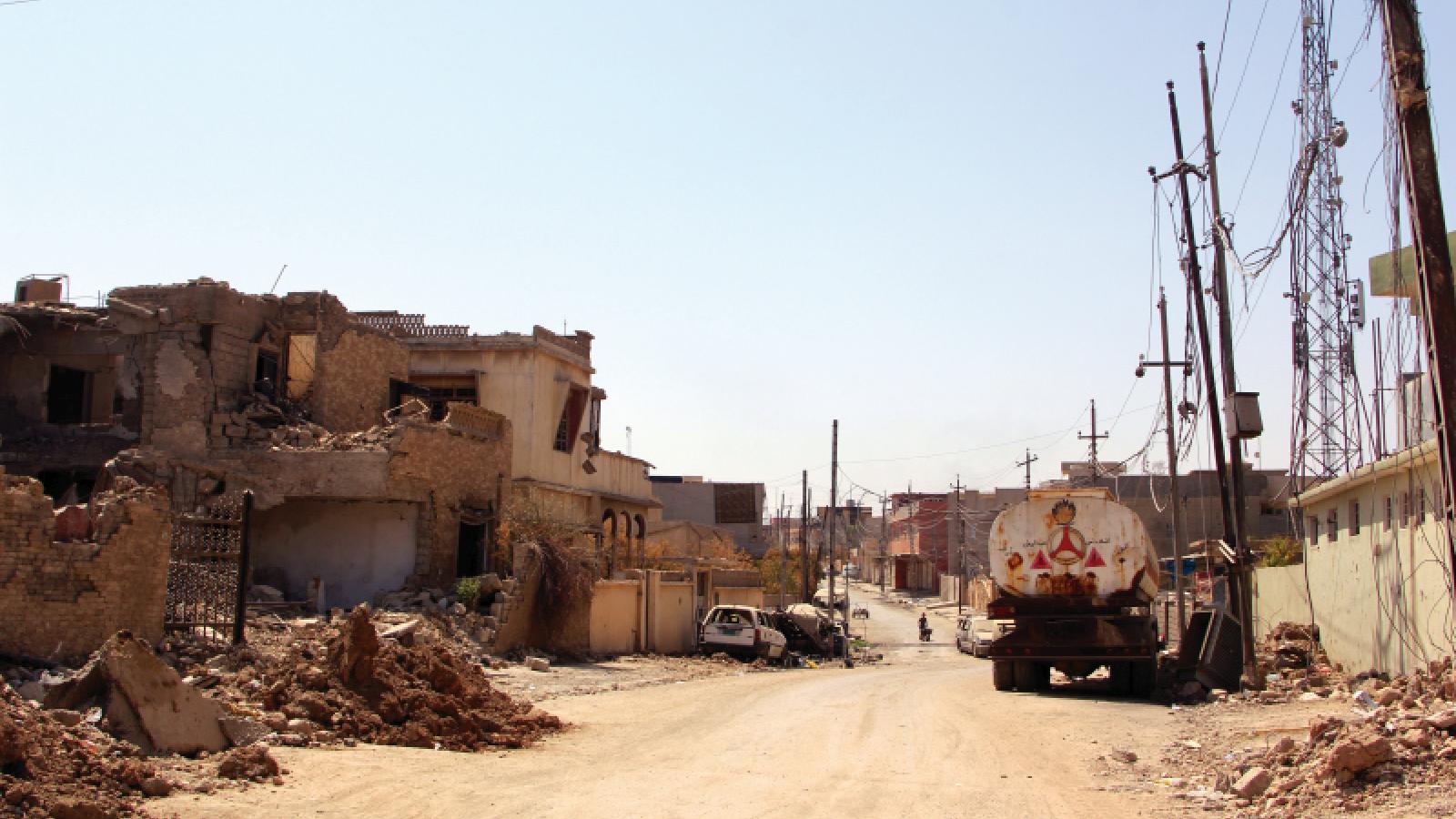 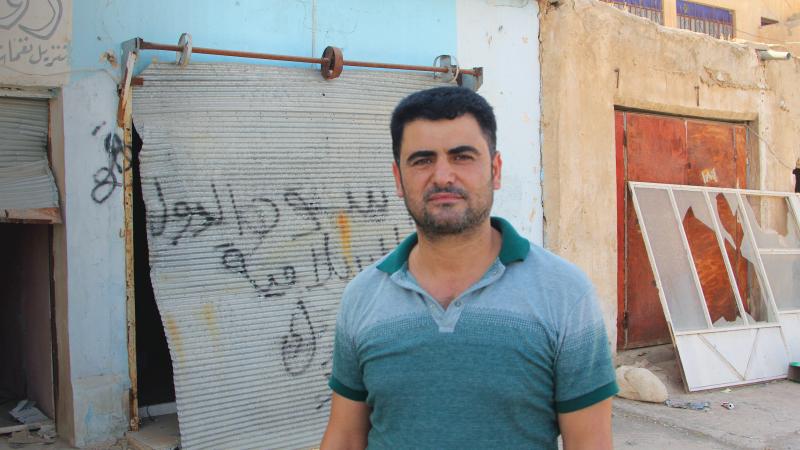