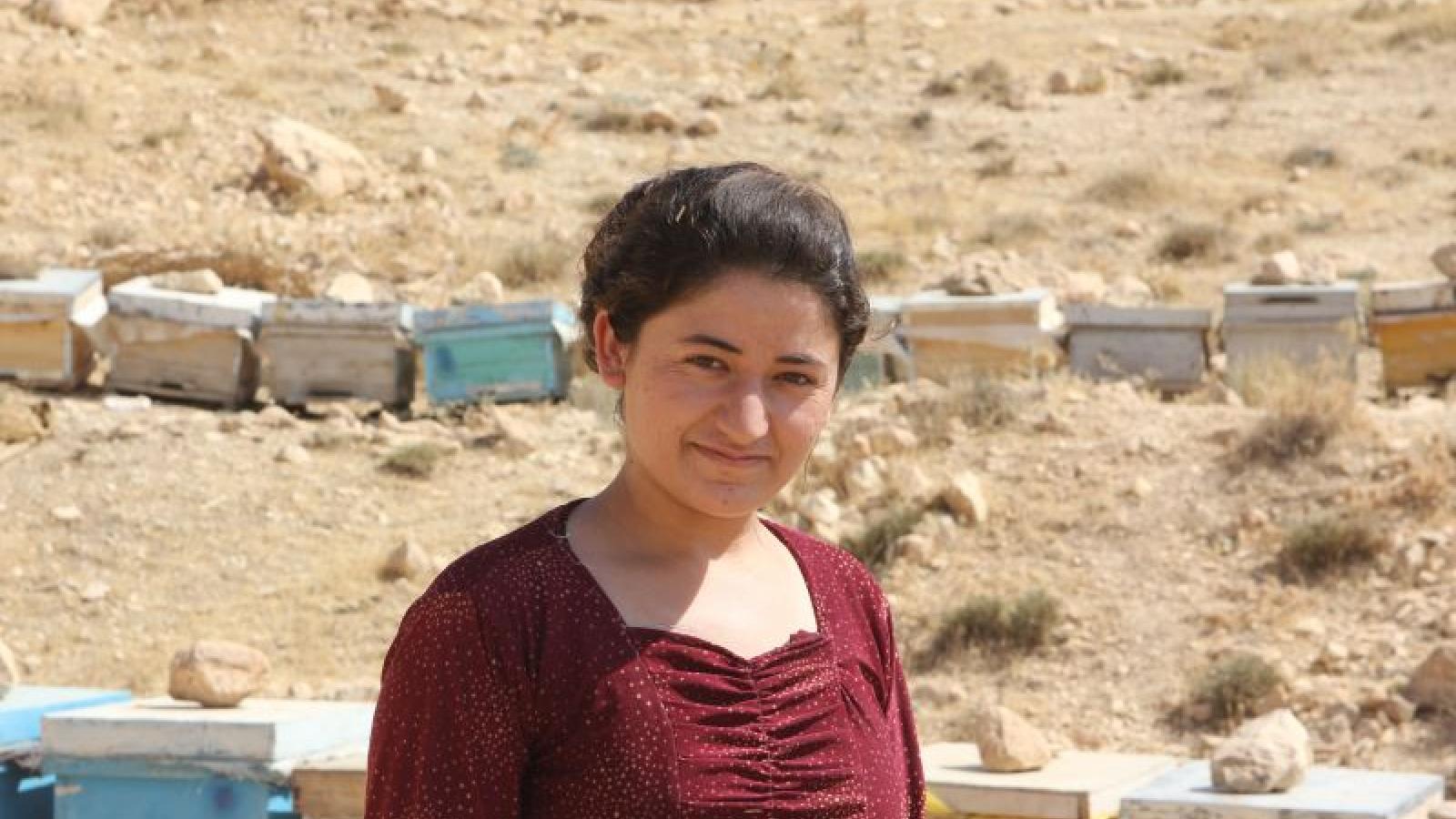 The beekeepers on the mountain

On Mount Sinjar in Northern Iraq Mission East helps local Yazidis to create a new life for themselves. The activities include beekeeping and growing vegetables in large greenhouses.

While Heba puts on her protection suit, the bees are humming loudly, joyfully and persistently in the background – as to emphasize the necessity of shielding oneself against their stings. She walks over to one of the beehives, opens the lid and proudly displays its contents.

”We make good quality honey,” the young woman explains. ”We have tasted it already, and we hope to be able to sell it in the future.”

Heba is one of the thousands of Yezidis who had to seek refuge on Mount Sinjar when Islamic State ravaged Northern Iraq and committed massacres against her people. Even though the extremist movement has now been formally defeated, many Yezidis have remained on the mountain because it still is not safe to return home. Others have begun to move back to their destroyed villages.

Whether they are still displaced or recent returnees, the Yezidis need to rebuild their lives. Hundreds of families benefit from a Mission East project which enables them to make a livelihood. Heba is one of approximately 100 Yezidis who have taken up beekeeping. Actually, it was her mother who was supposed to participate in the project, but she withdrew for health reasons, and her daughter took over. Heba still thinks she has a lot to learn, but in Bashir she has found a good teacher. He is a local Yezidi who has been a beekeeper for more than 15 years, and he shares his experience with pride. “I feel that I help the Yezidi people by training them,” he says.

Bashir too benefits from the project as he has been given some beehives. Overall, Mission East’s work in the area is beneficial to displaced people, returnees as well as permanently settled Yezidis and thus benefits the entire local community.

Cucumbers in the greenhouse

A couple of kilometres away, Bilal, Gulzar and their two small children are tending to their cucumber plants in a large greenhouse built by Mission East.

Before he arrival of Islamic State, Bilal was a farmer and lived a peaceful life. Then his family had to flee to Mount Sinjar, but at least he now has the opportunity to grow vegetables again.

“It’s nice to make things grow again. I like to cultivate the land, as I used to be a farmer for a long time,” he says.

Bilal and Gulzar share the greenhouse with two other Yezidi families, and they will all share the income from the vegetable harvest. They will use some of the cucumbers in their own household, but they also plan to sell part of their harvest at a nearby market, probably in the town of Sinune. This will provide them with a substantial income. In time, they want to return to their own village, but it is not ready to be inhabited yet. “I would like to go home, but it’s still not safe,” Bilal says.

When a country is devastated by war, projects like this are important steps towards rebuilding the local communities, says Samantha Sercovich, who managed Mission East’s project in the Sinjar area until recently.

“People have to start all over, and we provide them with some tools to become self-sufficient. In this area, agriculture is important, so we restore something that means something for the population. Often, they already have the skills, but we contribute to improving these skills.”

She adds that projects like this one not only benefit the individual families, but also the entire community. They contribute to rebuilding the local economy and induce more people to return home – because they have something to return to.