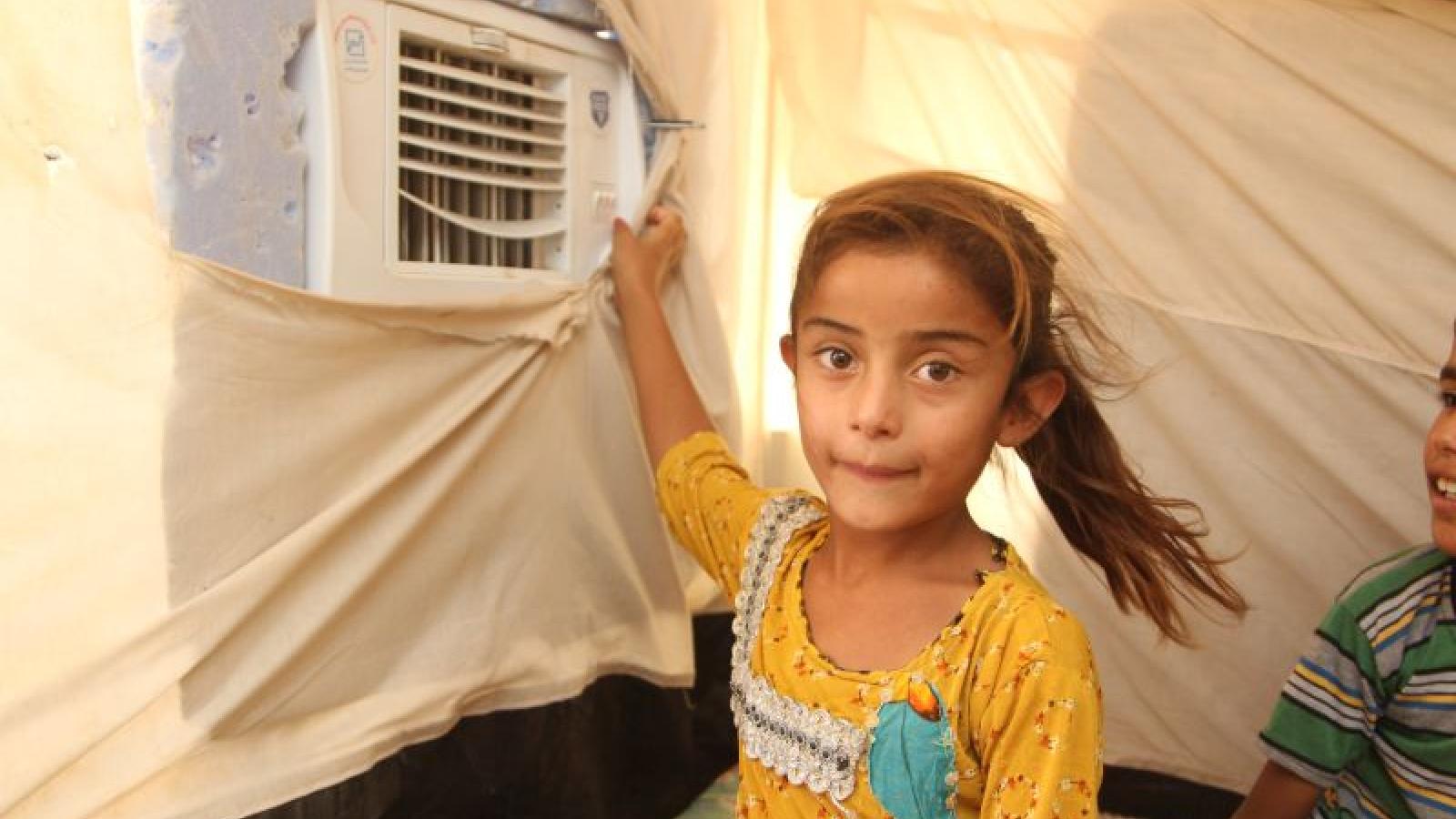 Mission East has provided air coolers for an entire IDP camp in Iraq. They make the summer heat bearable for the camp’s more than 10,000 inhabitants who have escaped from Islamic State.

There is a world of difference between a tent with an air cooler – and a tent without one. This becomes very clear when there isn’t a cloud in the sky, the temperature reaches 45 degrees, and the Nazrawa Camp is suddenly hit by a power cut.

Very soon, the Iraqi family who has lived in this tent for almost a year and a half – and their visitors from Mission East – start sweating. The air is extremely hot and feels as if it is coming out of a blow dryer.

”The air cooler is very useful. When it is turned on at night, we sleep better. It really helps us when it is hot,” says Nadir who lives in the tent with his wife, Sabiya, and their five children.

At Nazrawa camp the summer temperature can reach 50 degrees. This is the reason why Mission East has provided air coolers for the camp’s more than 10,000 inhabitants. The inhabitants of several other camps in Northern Iraq have also benefited from this from of emergency relief which makes their lives as displaced people a little bit easier to bear during the hot summer months.

In winter, the night temperatures can reach zero or below. During that time, Mission East provides blankets, warm clothes and portable heaters for the population in the camps.

Nadir, Sabiya and their children fled their farm in an occupied village in Hawija district more than a year and a half ago. When Nadir’s brother was arrested by Islamic State for the second time, they decided to escape on foot. They walked all through the night to reach safety.

”Apparently, our house is still there. Islamic State confiscated it and stole everything. I dream of returning there. All I want is to go home,” Nadir says.

Even though Hawija has just been liberated from Islamic State, it is still not safe for the displaced to return. For the time being, the family has to stay where it is, and put up with living in a tent. Not much good can be said about that, apart from one thing, Nadir says.

“We and our children can sleep at night, because we are safe.”