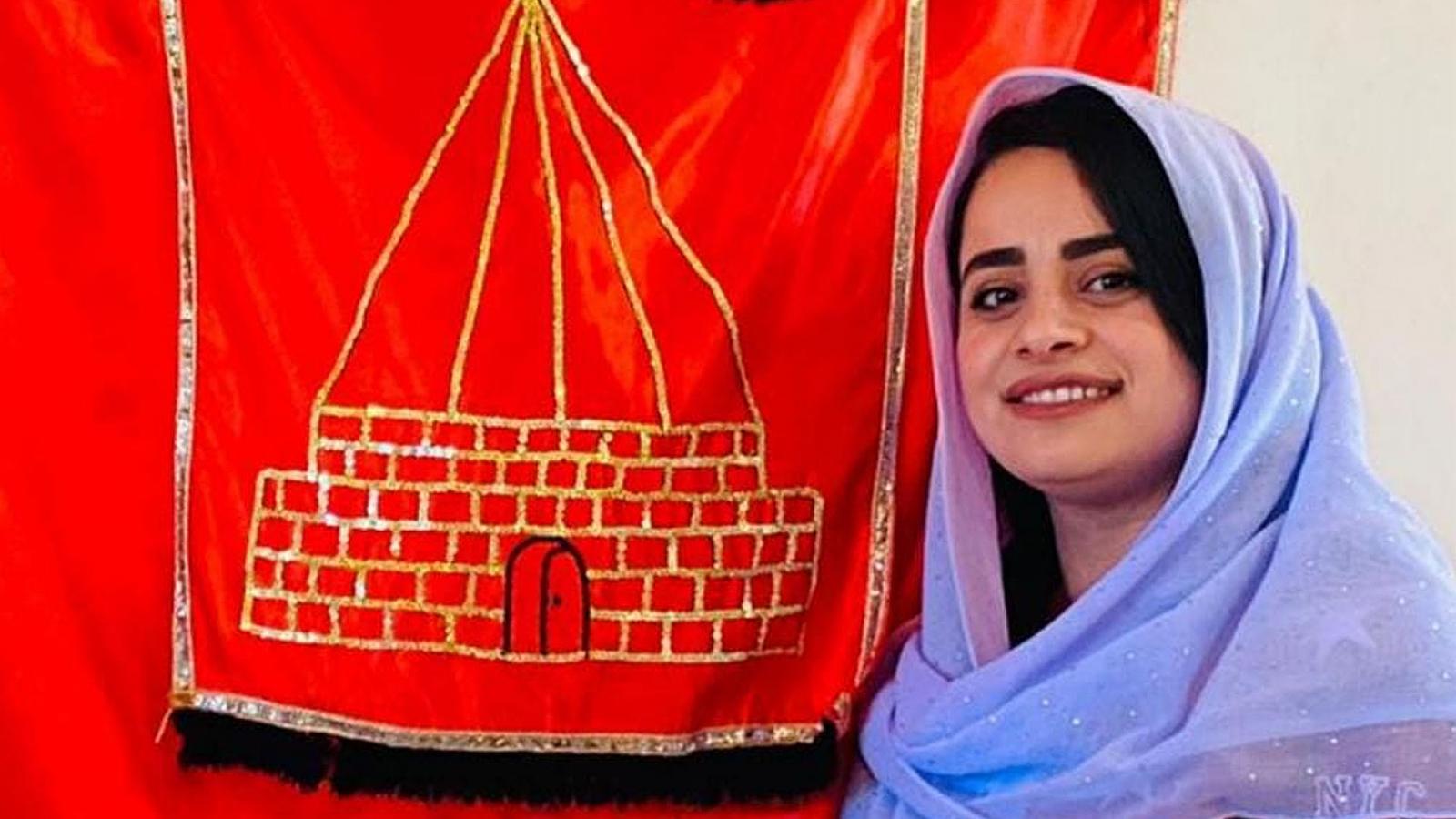 What comes first when a traumatized person has to come to terms with sexual violence? Words or actions? At Mission East's community center in the Iraqi city of Sinjar, a program of activities help the women to open up and talk about what is hurting, says team leader Suzan Saeed (the picture).

War and terror leave a blood-spattered trail of destruction in their wake. Likewise in Sinjar, Northern Iraq, where eight years ago the small Yazidi minority was attacked by the ISIS terrorist movement. Men were executed, women were raped and young girls were abducted as sex slaves. Families fled and sought safety on Mount Sinjar.

Today, many have returned to Sinjar city in an attempt to resume a normal life. But this is hard. Especially for girls and women who have been exposed to gross sexual violence and rape.

Therefore, since 2015, Mission East has offered psychological first aid – so-called psychosocial support – at a civic center in the city. Around 25-30 girls and women and as many children visit the center every day to talk with somebody, feel they are understood and participate in creative workshops of their own choosing with other women.

“When people flee, they are no longer among the people they know. The neighbors are new and the whole environment is new to them. Nothing is the same. And when they return to Sinjar, they meet a completely different local community. Once again, these already traumatized people have to deal with new neighbors and new people.. They get uprooted again and again. It takes a lot of energy to be able to settle down again after the horrors of war.

So it is important not only to process the individual’s psychological problems, but also to help them adapt socially to the new circumstances. We bring together people who are strangers to each other. They get help by working together and expressing themselves to each other. In this way, contact is made and new friendships arise.”

How do you get 20-25 women in groups to work together when they don't know each other?

“After introducing ourselves to each other, we invite them to take part in various activities such as sewing, making sweets or yoga – all in small groups. Sometimes we give them tasks to work on together, so they can learn to cooperate. In a sewing course, for example, we give a group of 3-4 women the job of designing  and sewing a dress. By having to work together, women from different neighborhoods get to know each other and form friendships.”

It must be difficult opening up because of the sexual abuse they have experienced? What do you do to help them?

“As well as physical activities such as sewing, painting and yoga, we hold workshops on personal development, on making decisions and becoming independent. We strengthen women’s self-esteem and encourage them to take responsibility in their own lives and in society. At the same time, we give them a safe space to express themselves physically. Here they learn, for example, breathing techniques and stretching exercises that they can use in their everyday lives.

We teach them what to do when, for example, they get flashbacks, or feel depressed, stressed or burnt out from the memories of the terrible things that have happened to them. They are helped to work through these things with other women. It is a great help when you know that you are not alone in your situation.

After that, the women slowly start to open up. We don’t recommend that they share details of their experiences in larger groups. Instead we refer them to our case managers and psychologists. In addition, there are counselors available if the women have questions or a problem that bothers them.”

Great respect from the local community

What about the men?

“We are also in contact with men in different age groups. Before people even register in our center, both women and men take part in focus groups, where we listen to their thoughts and talk about what we have to offer men, women and children. The men are especially interested in sports.

Our outreach teams also contact men and inform them about the need for mental health. But there is a stigma that prevents many men from attending the psychosocial sessions. However, our team is skilled at reaching the men as well. They meet them out in the city, where they sit and talk in groups. Here they go in and ask them open questions that can lead the conversation to mental health.”

I also wonder if it is difficult for women to start a conversation with their husbands about what they have experienced...

“Right after the attack on Sinjar, it was difficult for women to leave their home and come to the community center. It was almost impossible to convince the families of the need for psychosocial support. But after they have seen it work, they have gained respect for the work we do. Today, it is often the men who come to us and ask if their wife or daughter can join. And women participate more in social life than before. They are running their own businesses and companies. There has really been a big change in recent years.”