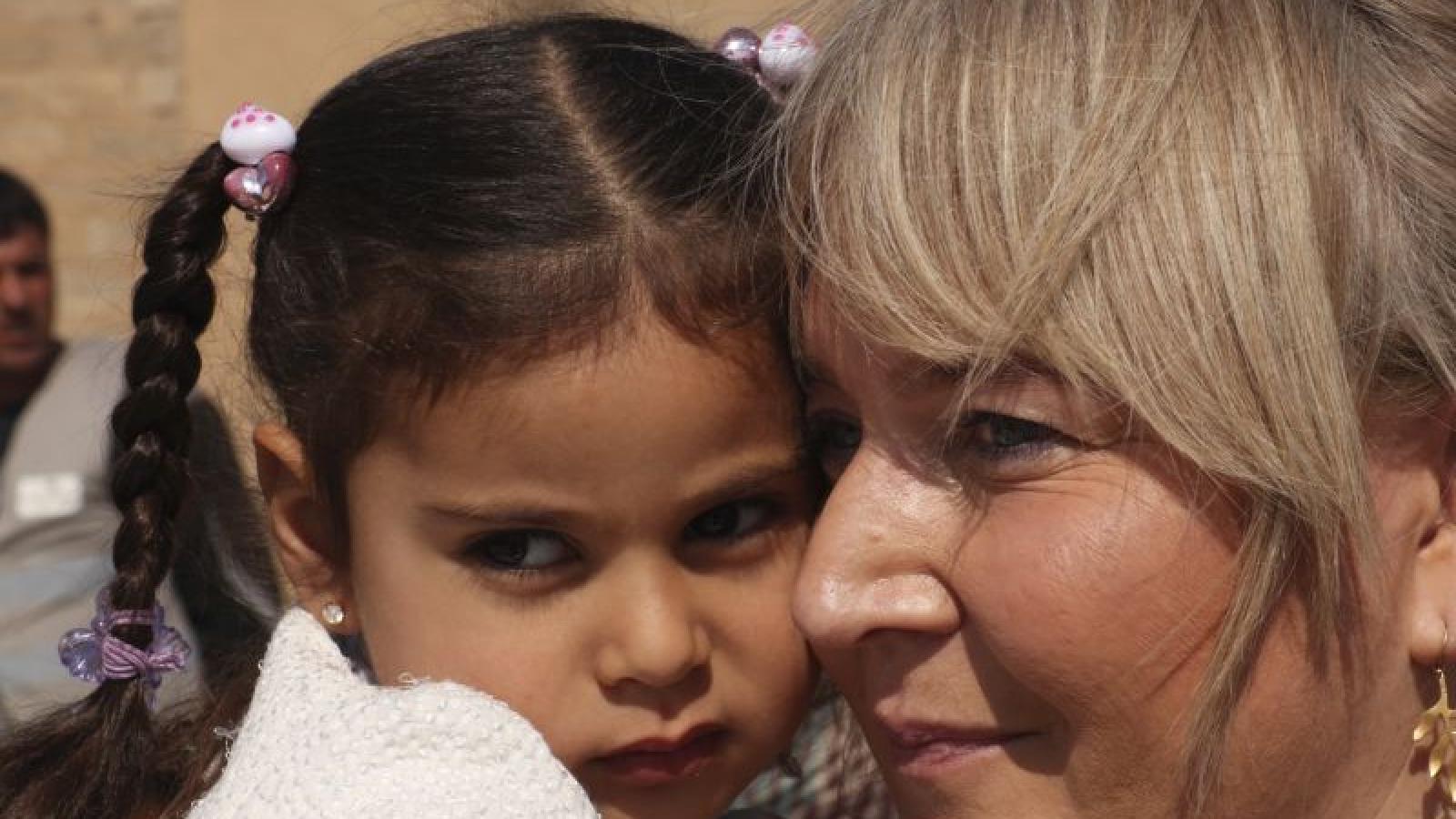 ”I have never seen anything this vulnerable in my entire life”

Seeing the distress of displaced Iraqi families made a strong impression on Danish parliamentarian Christina Egelund. She witnessed Mission East staff deliver emergency aid near Mosul and Kirkuk with dignity and respect for the displaced families.

It is useful for politicians to get a glimpse of reality and meet people who have lost everything and depend completely on humanitarian aid from Denmark.

This is how Christina Egelund reflects on her visit to Northern Iraq where she witnessed distributions of emergency relief by Mission East. She is an MP and spokesman on political affairs for the Liberal Alliance. It was obvious that she would share her experiences from the trip with her party colleagues in Parliament.

A matter of life and death

“We know very well that there is war and conflict, and that the human costs are high, especially among civilians. But witnessing this at close hand and seeing how all of Northern Iraq is affected by war – that is a different matter. It makes a very strong impression to meet people eye to eye, people whose lives depend on outside help. The impression is so strong that it almost cannot be described!”

Can the eyes shine again?

Christina Egelund came quite close to the frontline when she traveled with Kim Hartzner in March 2017 to participate in the distribution of fuel, blankets, mattresses and hygiene kits to displaced persons in Northern Iraq. She visited the devastated and looted homes of returnees, and she met a group of displaced people who arrived suddenly in a camp:

“They had walked for 12-15 hours from the occupied areas to the frontline from where they were brought to the camp for displaced persons. A group of women and children were literally sitting on the ground. I have never seen anything this vulnerable in my entire life! The children were completely exhausted – obviously, when hungry and thirsty children who have just learnt to walk have to do so for 12-15 hours, they become exhausted. The gaze of a little boy was particularly memorable. You are looking into a pair of eyes where the lights seem to have gone out – at least for a while. I hope that they will be turned on again at some point. What these people have been through is so harsh that you almost cannot imagine it.”

The relief is specific and crucial

It also made a big impression to see Mission East staff in action, Christina Egelund said. Asked whether emergency relief is useful, she replied:

She noticed a key feature about the way Mission East staff – international as well as local – work:

“It is very dignified. You are dealing with vulnerable people, people in vulnerable situations. When you meet people who are so fragile, you need a dignified approach. I believe that Mission East does this. They meet refugees and internally displaced persons at their own level, which means that vulnerable groups do not feel slighted. It did not give this a lot of thought before I traveled there, but I found it very obvious: Dignity is an important element of the work that Kim Hartzner and his good staff are doing,” Christina Egelund concluded.