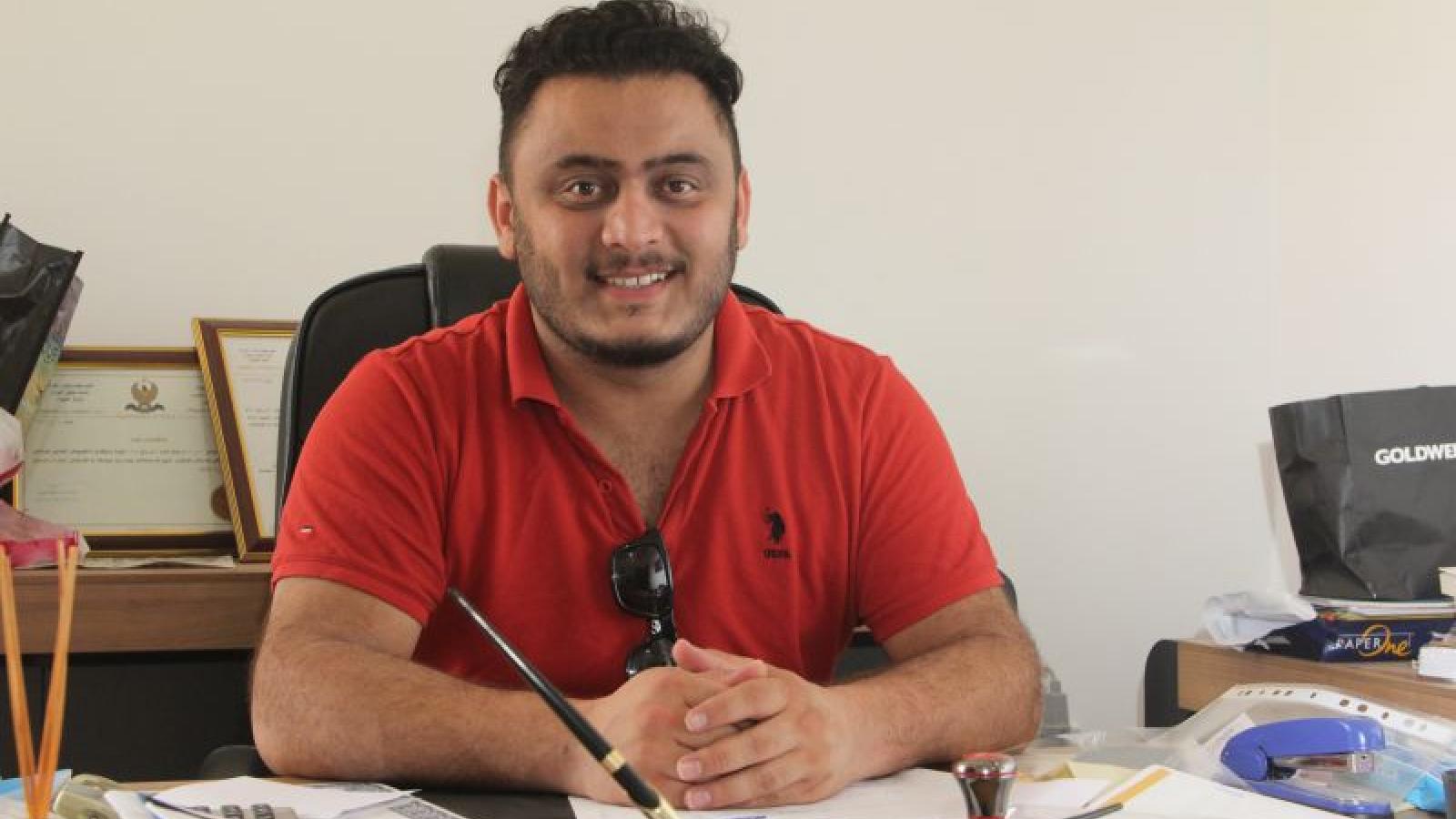 ’Mission East is our school’

It all started when a group of students wanted to make a difference in their war-torn country. Today, Mission East’s partner Humanity has grown into an organisation that helps thousands of Iraqis.

When a couple of Yezidi villages in Northern Iraq were attacked by terrorists in 2007, the then 17-year old Thamir Alyas felt that he had to do something for the ethnic-religious minority that he himself belongs to. But his father told him that the best he could do at the time was to educate himself. Thamir took his father’s advice and studied for a university degree in sociology.

But seven years later – in 2014 – the extremist movement Islamic State occupied large parts of Northern Iraq. They subjected the Yazidis to massacres and forced tens of thousands of them to flee their homes. This time, Thamir Alyas, had no doubts. The time had come to help his people.

He filled his car with basic necessities, such as water and bread, and drove up Sinjar Mountain, which had become a temporary home for thousands of fleeing Yazidis. He distributed the goods and went back for more. These initial attempts to help persecuted and vulnerable people in Northern Iraq paved the way for what was shortly to become the NGO Humanity.

Bought toys for his own money

During that dramatic summer of 2014, Thamir himself became a refugee. He escaped with his family to Turkey where many other Yazidis had sought refuge. He once again witnessed a lot of distress and tried to make a difference. Shortly afterwards, he returned to Iraq and decided to make an effort to help people, especially children.

”I saw thousands of children, and I wanted to do anything for them so that they did not feel worse than they already did. I started buying toys for them, initially with my own money, and then I started receiving support from various people, including friends from university,” Thamir Alyas recalls.

Soon he had registered an organisation under the name of Humanity – without having any experience in running one. And in early 2015, he had the first contact with Mission East which had just returned to Iraq because of the country’s serious humanitarian crisis.

The two organisations became partners – with a focus on psycho-social support for children – and have remained so ever since. When asked about the significance of the partnership with Mission East for him and his organisation, Thamir Alyas replies:

“We consider Mission East a school for Humanity. We have learnt a lot, e.g. working with vulnerable children. We were very inexperienced when we started. Our generation really needed to learn.”

He adds that the two organisations share some important values, e.g. in the way they treat vulnerable people. They don’t differentiate between people – no matter what background they have.

Humanity has come a long way since its rather spontaneous beginning. In its relatively short lifespan, the organisation has already made a difference for tens of thousands of Iraqis in need. However, Thamir also knows that there is still a lot to learn. He therefore considers it essential that Humanity continues to improve, becomes more professional and increases its capacity to fundraise. As an organisation, it cannot depend on external assistance indefinitely.

Although Thamir is a Yazidi, he does not exclusively help his own people. On the contrary, he stresses that ‘Humanity’ is not just a name – he is determined to make a difference to all of mankind. He therefore harbours a dream that some day, Humanity will work internationally. His ambitions are big, and that is why Thamir Alyas is determined to continue his work, even though his family is now living outside Iraq – primarily in Germany.

“It is all worth it when I see the children smile. Their smiles motivate me and give me energy. I have been told that I was born to do this,” he says.

Click here to listen to Thamir Alyas talk about his work