Your efforts save lives

When it rains, it pours. This is something refugees, internally displaced people and people affected by poverty know right now only too well. Especially when it comes to not having enough food to survive.

First they were affected by the Corona pandemic and now they are threatened by hunger. In many of the places where Mission East works, the situation is so severe that many say they would rather be infected with Coronavirus than die of starvation.

Many were already chronically malnourished or had difficulty getting enough food for themselves and their families. The Corona crisis has pushed them over the edge.

Although the number of recorded Corona deaths in Nepal, Lebanon, Syria, Afghanistan and Iraq is relatively low for the time being, thanks to a timely relief effort focused on hygiene, millions of people are already without food as a result of the shutdown both locally and globally. Only one thing now counts: time.

Shutdown affects the livelihoods of the most vulnerable

The shutdown has hit those who are already the most vulnerable, especially hard. In the countries covered by Mission East's relief efforts, large parts of the workforce depend on small jobs. They can no longer work. Homework from the computer is not an option. Even those who are still able to buy food have a harder and harder time because food distribution has stopped, prices have exploded, purchasing power has weakened and curfew and assembly ban have crippled all trade. Children who previously had the only meal of the day in school, go to bed hungry because the schools are closed.

In Nepal, 3 out of 5 have lost their livelihood. The majority of them are women. They get no help.

Even in Lebanon, it is not just the Syrian and Palestinian refugees that are starving. An increasing proportion of the Lebanese population is not being fed. The World Bank predicts that over 50% of Lebanese will soon reach the poverty line. In Nepal, Afghanistan, Syria, Iraq and Lebanon, there are no state aid packages to rely on when income and meals are lost. All humanitarian alarm bells ring.

In Nepal, the mountainous terrain is so impassable that the corona relief can only arrive by donkeys and horses. The emergency rations are immediately distributed to vulnerable families. Without the food that Mission East provides, they no longer have access to food as a result of the corona shutdown.

This is how Mission East fights corona hunger

Mission East has responded in record time to the seriousness of the situation with a comprehensive relief effort that could save the lives of up to 625,000 people at risk of dying from hunger.

Since March, we have helped thousands of people, even in some of the world's most war-torn areas in Syria and Afghanistan, and even in some of Nepal's most impassable mountain districts. We have one purpose: to ensure help in time. It is critical in a humanitarian state of emergency like this. Therefore, your efforts are extra crucial now. 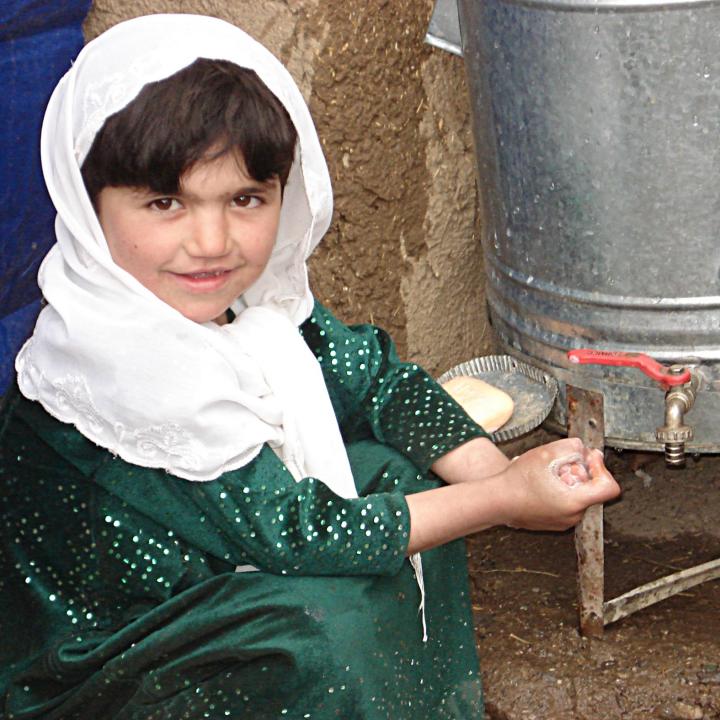 In no time, we have built an emergency relief package with the capacity to cover almost 355,000 vulnerable people. It has four components:

Mission East has many years of experience in combating the spread of disease among some of the world's most vulnerable populations.

That is why we are currently drawing on an already established infrastructure, professional expertise, well-developed distribution channels and trust among the local population to get the help out to as many people as quickly and efficiently as possible.

Hard-working people who get up every morning and work diligently for the survival of the whole family under almost impossible conditions do not deserve to be deprived of their ability to sustain life. The Corona epidemic hits them double. Those who do not die of corona run the risk of dying from hunger. It costs so little to choose life. For only 47 Euro, you can ensure a box of emergency aid for a whole month to be brought out to a family. Thank you for choosing to step in.