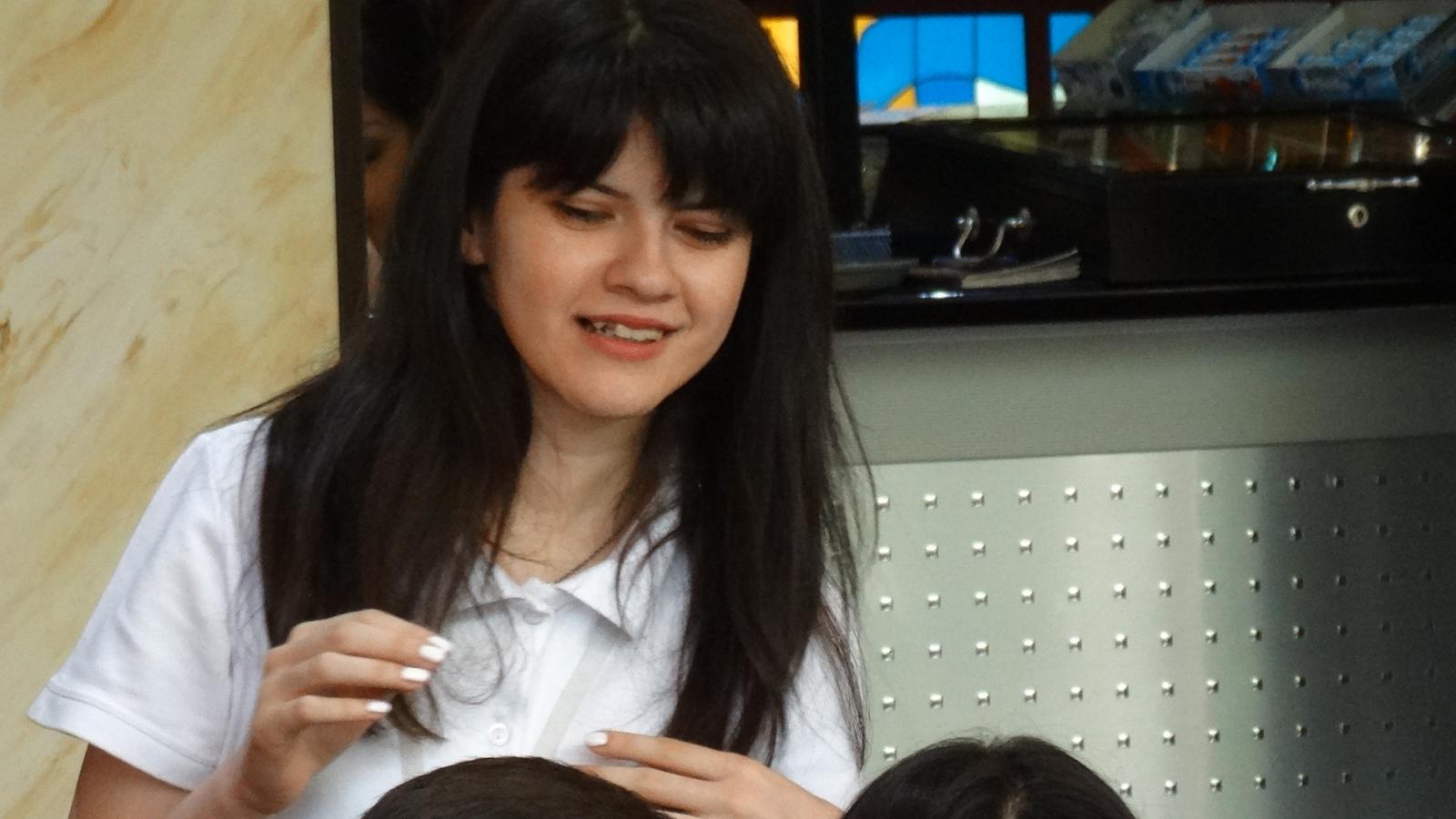 A pair of Armenian twins have overcome many of the limitations that their disability imposed upon them. They are now university students and are grateful to Mission East’s partner organisation, Bridge of Hope, for helping them get this far.

When Ruzanna and Syuzanna were children, it was difficult for them to understand why their lives were different to those of other children. While their peers were having fun at the playground, the twins had to undergo endless treatment and rehabilitation sessions because of their disability - cerebral palsy.

The girls were born in a village in Armenia’s impoverished Tavush region. As children in a country where people with disabilities face difficult life conditions, they risked growing up in isolation – without the chance to better themselves, let alone achieve a higher education.

But their parents – and Mission East’s Armenian partner organisation, Bridge of Hope – had different plans. Because of the tireless efforts of their parents, the girls overcame various physical and psychological barriers and entered school at the age of seven. During the early years, they depended a lot on their parents, but later, their classmates took over and helped them.

The girls grew, and through their association with the Bridge of Hope centre for children with disabilities in the city of Noyemberyan – which is supported by Mission East – they started to sense that anything is possible.

“Bridge of Hope has played a tremendous role in our life. It was our great fortune to attend the child development centre in Noyemberyan, where we felt and realised not only the importance of education, but the necessity to fill the gap of human interaction. Our circle of friends expanded, we were trying to identify ourselves from a new angle and acquire new skills and capacities. This gave us the opportunity to see the outline of our future where we saw us different but equal to all,” the twins said.

“We can do everything”

They like quoting the Bridge of Hope founder, Susanna Tadevosyan, who once said that “all children are able, if opportunities are created for them”. Perhaps, they say, other children did not realise the meaning of these words, but they became a slogan for Ruzanna and Syuzanna. “We can do everything,” was their conclusion.

Through the Mission East project “The Right to Earn a Living” they became members of a youth advocacy group that promotes disability rights. They have been involved in several campaigns, round table discussions, debates and television programmes, they have become more self-confident and are now better able to find solutions to problems that they and other persons with disabilities must address.

The twins are now 23 years old. They are university students -  at the faculty of pedagogy and psychology – and they are also working for Bridge of Hope. They both feel that they have come a long way since their childhood days when they had to undergo treatment and rehabilitation instead of playing outside like other kids.

“When looking back at our not so easy life paths, we are certain that we have won the battle with the challenges of life. Our victory is the result of support of people surrounding us, and we call on all young people to be strong and be sure that they CAN.”

For the second year running, Mission East’s partner organisation, Bridge of Hope, has received an award for a particularly ‘innovative practice’ by the Zero Project, which encompasses more than 3000 disability experts from 150 countries. The Zero Project focuses on disability rights. Every year, it recognises the most innovative solutions to the challenges that persons with disabilities face. This year’s theme was ‘Employment, work, vocational education and training’. Bridge of Hope was awarded for the project ‘The Right to Earn a Living’, which is supported by Mission East. The project has engaged Armenian youth with disabilities in campaigns for the right to vocational training and employment. During its three-year lifespan, the project has created many jobs for young people with disabilities.