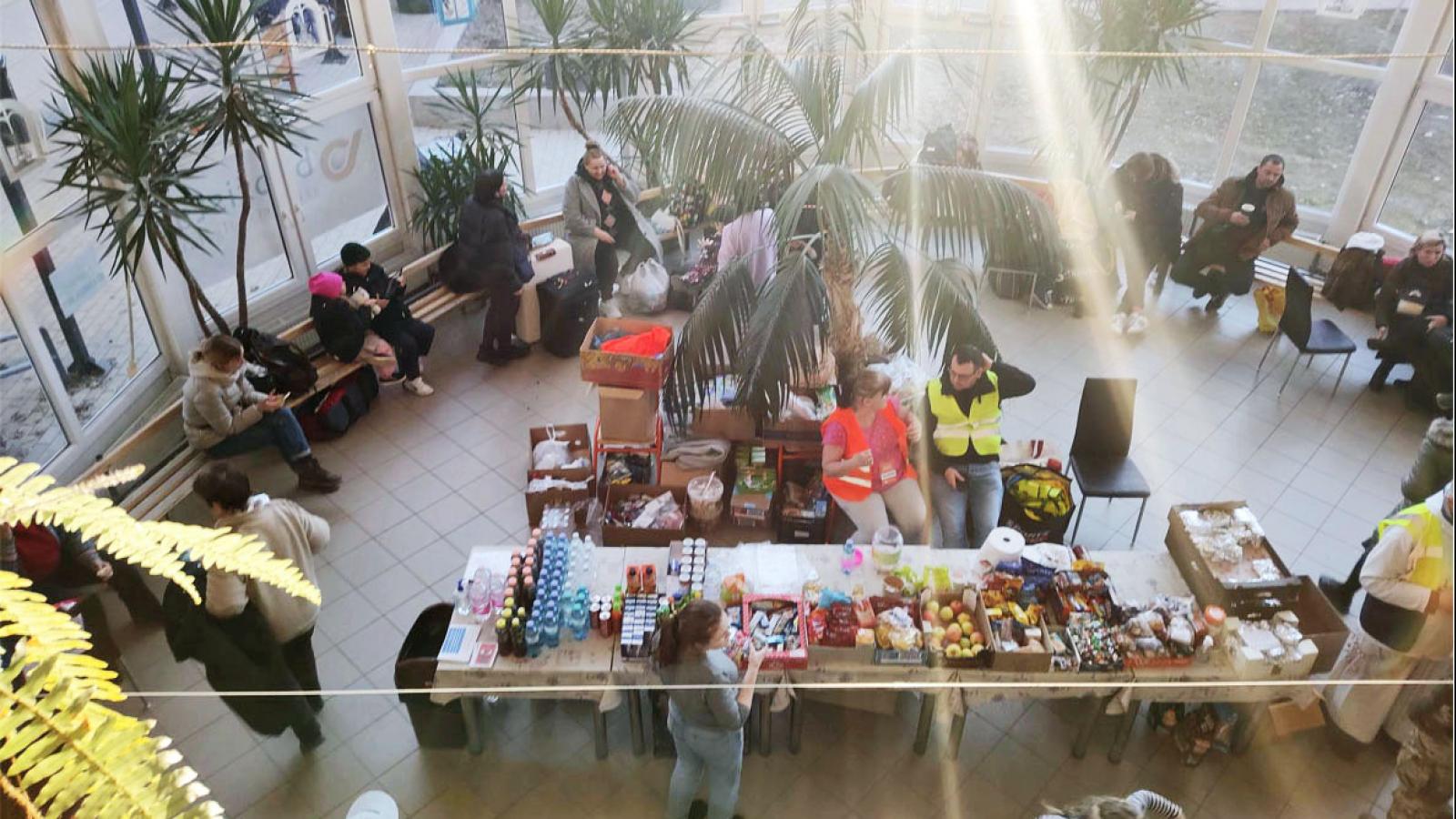 Mission East fundraised for Ukrainians affected by the war on the same day as the invasion. And quickly found partners both in Ukraine and at the border areas who were in full swing helping the refugees. Managing Director Betina Gollander-Jensen is particularly impressed by the efforts of volunteers.

- I am very pleased that we were out with a fundraising campaign for Ukraine's refugees later on the same day the war broke out. We were right there, and so when the money began to flow in, it was very soon after that we could send the first larger amount off to our partners.

In this way Mission East's Managing Director Betina Gollander-Jensen begins an interview about what she especially thinks back on after a visit to the Ukrainian-Hungarian border a week ago.

- It is an unparalleled crisis we are talking about here. Yes, there have been lots of wars in the past, but the war in Ukraine developed tremendously fast. And it is not a civil war as we know it from others of our working countries, but a conventional war that creates massive destruction and sees millions of people fleeing their homes.

Partners deliver on the ground

But in the midst of this chaos, Mission East managed to make cooperation agreements with two organizations, Medair inside Ukraine and at the Polish border, and HBAid at the Hungarian border.

- I am really pleased that we quickly found partner organizations that can deliver on the ground - both inside Ukraine itself and in the border areas. We are now in the process of finding another partner organization working in the war-torn eastern part of Ukraine.

It is fantastic that we have such a good network of alliance partners that we can quickly go in and deliver on the ground, Betina Gollander-Jensen continues.

- These are partner organizations that are not just sitting and planning, but are already in full swing with the relief work. Hungarian Baptist Aid (HBAid), whom I recently visited, had already sent 14 food delivery trucks across the border into Ukraine 10 days ago. It shows how skilled they are at delivering.

And then Betina Gollander-Jensen is impressed by the voluntary network in Hungary, which was quickly activated.

- I am touched by the Baptist Church's voluntary network. They were already responsible for 40 primary and secondary schools in Hungary, as the authorities have delegated responsibility for the country's schools to the six largest denominations in the country. So when the war broke out, the Baptist Church leadership wrote to all the school leaders. After only 15 minutes they had received answers from all: all were saying that they were ready to help. The schools have a total of 1,600 employees, of which 1,300 are teachers. It was tremendous to see such a large volunteer staff that could so quickly be engaged!

The Hungarian authorities have also delegated responsibility for emergency aid deliveries at the five border crossings between Ukraine and Hungary to the religious communities, says Betina Gollander-Jensen.

- The Baptist Church has been given responsibility for one of the busiest transitions and now uses a local primary school as a reception center with distribution of food and hygiene items as well as offering a place to sleep.

Thanks to the local partners already working in aid of the refugees, the funds raised in Mission East could quickly benefit and be turned into food, hygiene items, health checks, mattresses, blankets and accommodation for over 300 Ukrainian refugees a day. The volunteers at the reception center work 20 hours a day, four days a week, to help the many refugees who also need advice and guidance and psychological first aid in the form of psychosocial support 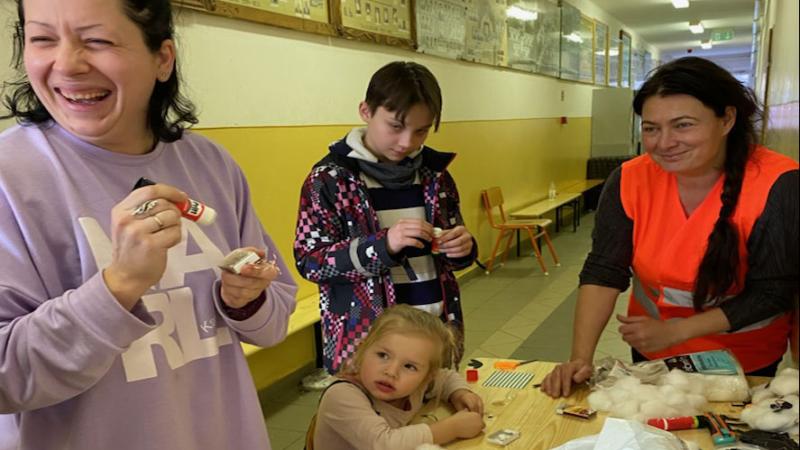 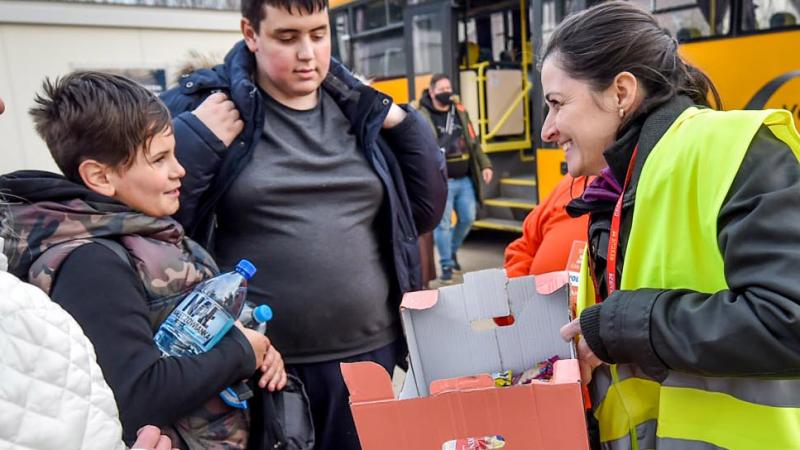 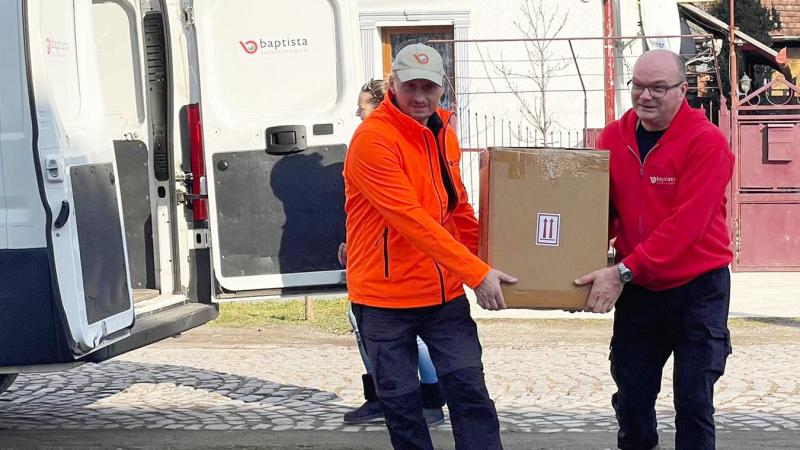 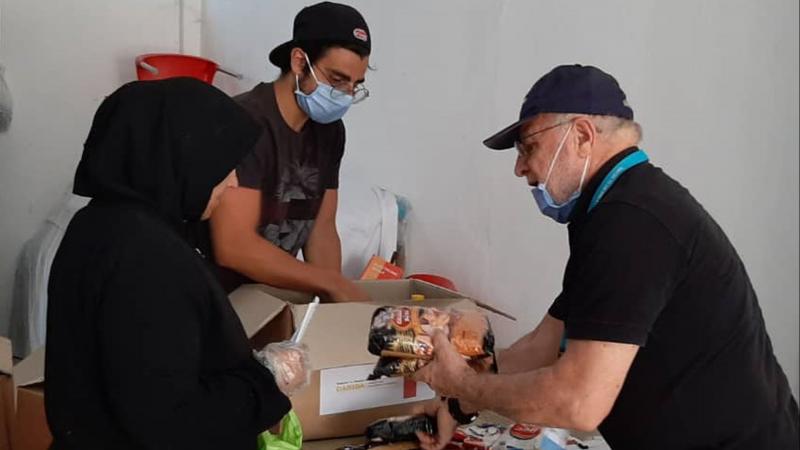