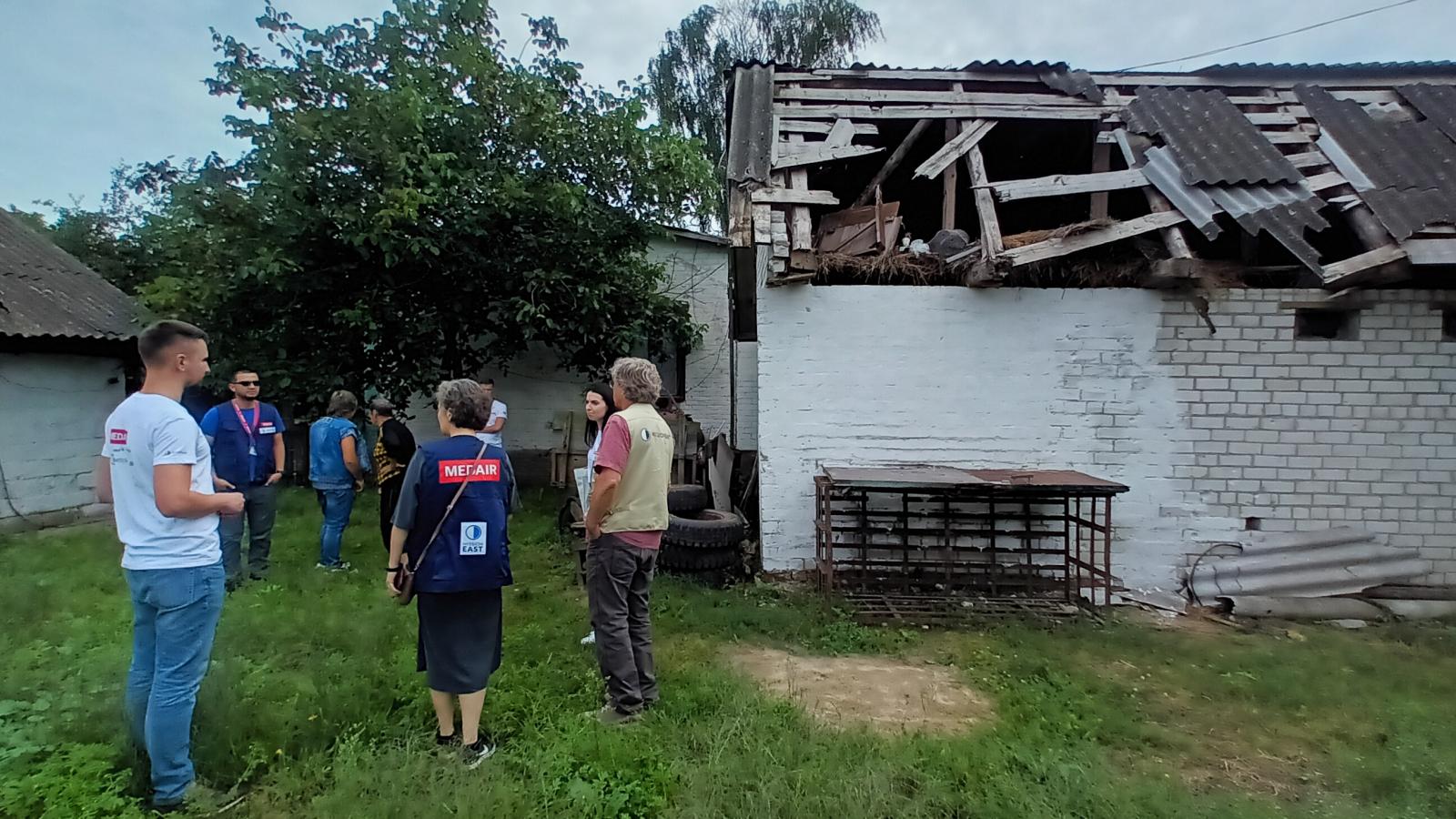 Half a year of war in Ukraine: Mission East helps with reconstruction

Today, August 24, marks both Ukraine's Independence Day and six months since the Russian invasion of Ukraine.

Mission East's Secretary General Betina Gollander-Jensen has just been on a field visit to northern and central Ukraine to see the organisation's emergency aid to the Ukrainian people before winter sets in. Mission East is helping with reconstruction in the war-torn towns neighbouring the Kyiv suburb of Bucha - towns as devastated and destroyed as Bucha. 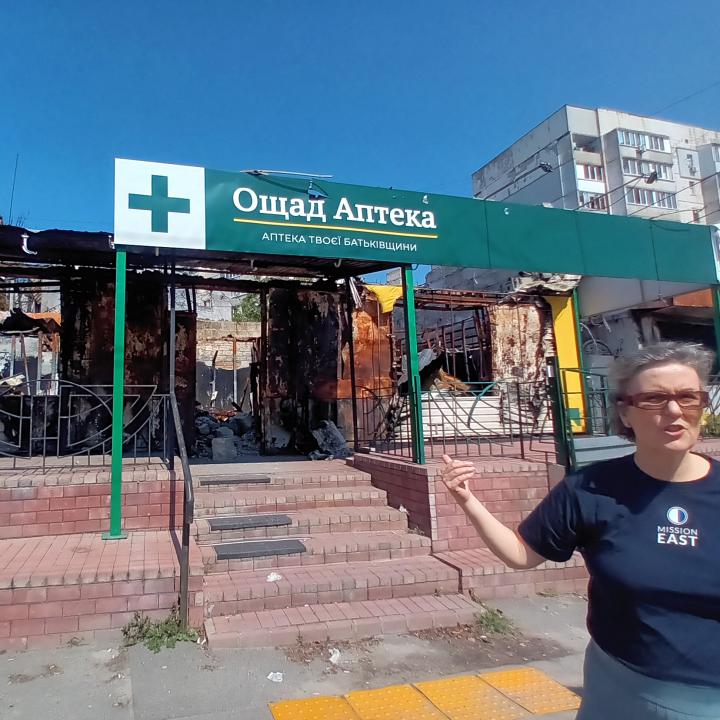 Preparing for a cold winter

The war has moved from Kyiv to southern and central Ukraine. This means more people can return to areas around Kyiv in northern Ukraine that were previously under Russian occupation and attack.

- Right now, many people urgently need help to rebuild their homes, many of which were destroyed during the Russian occupation in the spring. Mission East is helping with new windows and roof repairs on private homes so people can stay in their homes through the winter, says Betina Gollander-Jensen.

- The flow of refugees to Ukraine's neighbours has slowed significantly, but a new wave of both refugees and IDPs is expected when the cold sets in. That is why we are also focusing on small-scale repairs to buildings that can house IDPs. There are many unmet needs here, sometimes just something as simple as cleaning chimneys and firewood.

Mission East is present in both urban and rural areas, where people in need live in houses hit by rocket fire or destroyed by widespread fighting during the Russian occupation just outside Kyiv.

The UN reports that 6.7 million people have fled Ukraine, 6.6 million are internally displaced and 5,500 civilians have been killed.

- The people of Ukraine find themselves in a new reality, with air raid alerts ticking into their mobile phones every time Russia launches a new attack against the region, says Betina Gollander-Jensen.

Like most people in Ukraine, Betina used an air raid app that warns of the risk of missile attacks.

- The alerts tick in around the clock, letting people know when it's relatively safe to go outside and when to seek protection. I had to go to a shelter several times a day, says Betina Gollander-Jensen.

Mission East and our partner Medair are helping with reconstruction in northern and central Ukraine. In addition, Mission East provides effective emergency, medical and psychosocial support both inside Ukraine and at the border areas with Hungary and Poland.