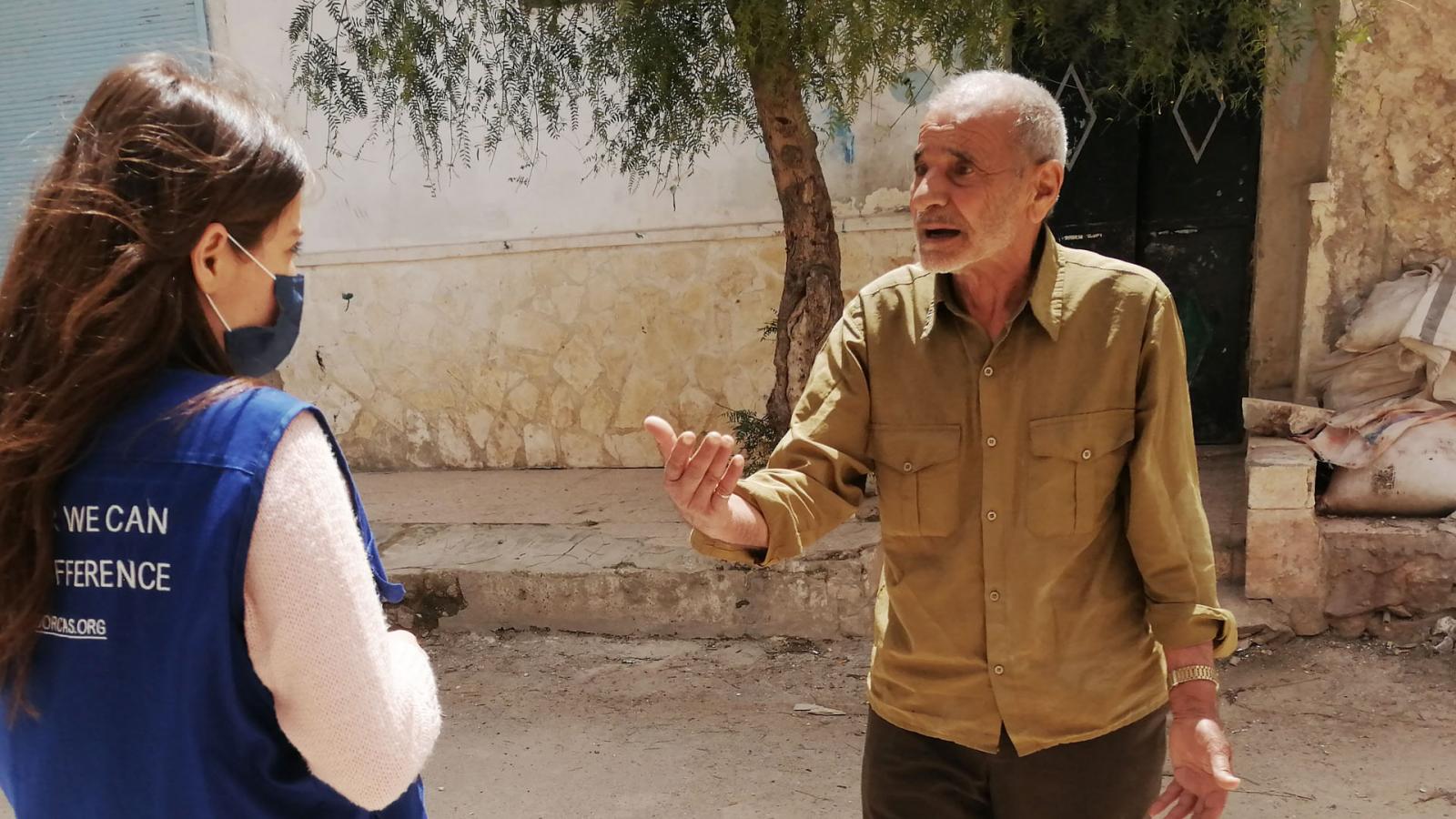 The war in Syria affects the entire population. The worst situation is for those who have lost their jobs due to fleeing their home, land or business. They have no income and no money – and therefore the food is scarce.

Uncle Mohamad from the Aleppo hinterland used to be able to support his family. In the 1970s, he worked as a farmer and supported his wife and seven children. He was completely dependent on his agriculture and the products he cultivated, sold and lived on.

But then the war came. The area they lived in became a war zone and they were forced to leave their homes and sole source of income and flee the village. But Mohamad did not lose hope of returning to his property again.

However, things did not go as planned for Mohamad and his family. There was no way for them to return home to their village. He could not find a place to live for his family for a long period of time. With the renewed fighting  around the country, he and his family had to flee from place to place.

During these relocations, all except one of his sons traveled abroad, and all of his daughters were married off. Eventually, he and his wife settled in Hanano, Aleppo.

Age made him unemployed

Uncle Mohamad is an older man, and therefore had a very hard time finding a job and suitable income opportunity in the city.

When his savings ran out, he found himself in extreme poverty - without work and without food. In Hanano, he was introduced to the Civic Center, which Dorcas runs with support from Mission East.

Uncle Mohamad asked for support with food as he did not have any food to put on the table.

He was sick with fatigue and physically exhausted from malnutrition when he came to the Citizens' Center and said, "I swear by God, it's been two days since I tasted a piece of old bread."

At the Citizens' Center, they gathered information about the family, making sure they met all the criteria to get relief packages. Mohammad and his wife were approved as recipients of the food aid packages.

Mission East's local partner Dorcas has provided three emergency food parcels to Uncle Mohamad and his wife. The family is now being referred to other NGOs in the area, so they are guaranteed food aid until his health improves.

Uncle Mohamad has developed a close and good relationship with the staff at the Civic Center, which he feels has treated him with dignity and respect despite his poverty and desperate need for food:

"I was not poor before the war. Now I feel poor. But when I visit the Civic Center, I rediscover my dignity and feel that I am being respected as a human being. A thousand times thank you for that!”

Our team in Syria keeps in touch with Mohamad and his wife after receiving the packages, to make sure their health is stable and they get what they need.

Four (4) million Syrians live in extreme poverty today. 10 years of civil war have led to a humanitarian crisis with food shortages for the many families who have been affected by the war and have now fallen below the poverty line. The distribution of relief packages helps families and supports them in preserving their human dignity so that they can cope with the challenges they face until living conditions become stable.